Microwave Oven | What Effects Does It Have To Our Health?

According to Wiki, a Microwave Oven (also commonly referred to as a microwave) is an electric oven. That heats and cooks food by exposing it to electromagnetic radiation in the microwave frequency range.

This induces polar molecules in the food to rotate and produce thermal energy in a process known as dielectric heating. Microwave ovens heat foods quickly and efficiently.

Because excitation is fairly uniform in the outer 25–38 mm (1–1.5 inches) of a homogeneous, high water content food item. But is a Microwave Oven harmful?

Below is the process which takes place in a Microwave Oven;

Do you have a Microwave Oven?

Almost everyone has a microwave in their home yes. And they provide an enormous convenience for the modern home. But also come at a dangerous cost. Although they are extremely efficient at heating food, they also damage and reduce the quality of that food.

On top of that, the enormous amount of EMF radiation that microwave ovens emit can be extremely hazardous. I want to go in-depth into exactly how microwaves work, and why you should possibly reconsider having one in your home. 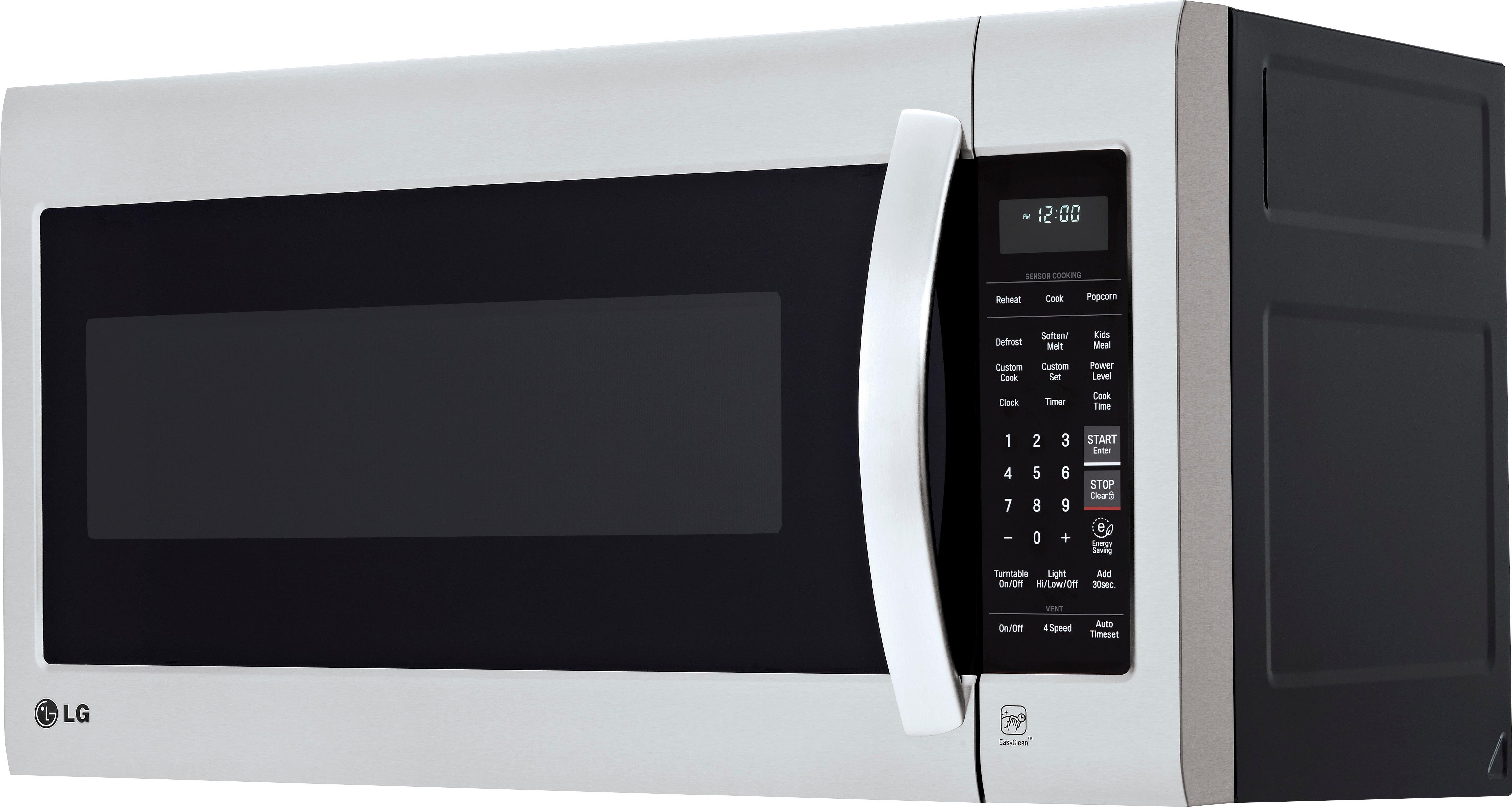 In reality, a friend of mine asked me whether I own a Microwave. Surprisingly, my answer was a candid Yes! just as a form of pleasing and No! from dip inside my gut. For some reason better known to myself and others scientifically proved. Making me see buying a Microwave as a ticket for my family to the early grave.

What is a Microwave Oven?

Traditionally, I love the feeling of real and fresh food. From the crunchy vegetables, mouthwatering and juicy fruits. As well as the likes of raw consumed food. Like a fresh fish catch from the lake.

So, by microwaving food, in my case, not only do I bleach the real taste, but equally, I introduce myself to alienated ions of harm to my body. By definition, a Microwave Oven is a kitchen appliance that turns electricity into electromagnetic waves called microwaves.

Notably, these waves can stimulate molecules in food, making them vibrate, spin around, and clash with each other — which turns the energy into heat. Microwaves primarily affect water molecules but can also heat up fats and sugars — just to a lesser extent than water.

Additionally, a microwave oven uses a form of EMF radiation, radio waves, to heat food. Here is how a Microwave Oven works:

The development of the cavity magnetron made possible the production of electromagnetic waves of a small enough wavelength (microwaves). American engineer Percy Spencer is generally credited with inventing the modern microwave oven. In that case, after World War II from radar technology developed during the war.

Named the “Radarange”, it was first sold in 1946. Raytheon later licensed its patents for a home-use microwave oven that was first introduced by Tappan in 1955. But these units were still too large and expensive for general home use.

Their use spread into commercial and residential kitchens around the world. In addition to their use in cooking food, microwave ovens are used for heating in many industrial processes. Here are more details about Microwave Early Development Stages Revised Overview By Wikipedia Journal.

How does a Microwave Oven affect our Health?

As a matter of fact, many people believe that microwaves produce harmful radiation and damage healthy nutrients. Therefore, you may wonder whether it’s safe to use these appliances.

Since a Microwave Oven produces electromagnetic radiation, there are a few things to put into consideration. In reality, you may find this concerning due to radiation negative connotations. However, this is not the type of radiation associated with atomic bombs and nuclear disasters.

For one thing, microwave ovens produce non-ionizing radiation. And, which is similar to the radiation from your cell phone — although much stronger. Keep in mind that light is also electromagnetic radiation, so clearly not all radiation is bad.

Microwave ovens have metal shields and metal screens over the window that prevents the radiation from leaving the oven, so there shouldn’t be any risk of harm. Just to be on the safe side, don’t press your face against the window. Whilst, keep your head at least 1 foot (30 cm) away from the oven. Radiation decreases rapidly with distance.

Also, make sure that your microwave oven is in good condition. If it’s old or broken — or if the door doesn’t close properly — consider getting a new one.

What are the Effects of Microwave Oven on Food?

Every form of cooking reduces the nutrient value of food. In other words, the main contributing factors are temperature, cooking time, and method. During boiling, water-soluble nutrients may leak out of the food.

As far as microwaves go, cooking times are generally short and the temperature low. Plus, the food is usually not boiled. For this reason, you would expect microwave ovens to retain more nutrients than methods like frying and boiling.

According to two reviews, microwaving does not reduce nutrient value more than other cooking methods. One study on 20 different vegetables noted that microwaving and baking preserved antioxidants the best, while pressure cooking and boiling did the worst.

What is Fitness Health? 5 Simple Tips for Our Well-being

This study is often cited as evidence that microwaves degrade food. Yet, water was added to the microwaved broccoli, which is not recommended. Keep in mind that the type of food or nutrient sometimes matters.

Therefore, it is not recommended to heat human milk in a microwave because it can damage antibacterial agents in the milk. With a few exceptions, microwaves tend to preserve nutrients very well. Apart from the above explainer and video document, below are additional observations the participants reported;

According to emfempowerment, when food is exposed to microwave waves, it begins the process of dielectric heating. What this means is that molecules inside of the food begin to heat up. As this continues, the food is able to cook much more quickly than it would in a conventional oven.

So where does radiation come in? The waves produced by microwaves are actually a form of electromagnetic radiation. In addition to the RF-EMF radiation produced to heat the food, microwaves also have a tendency to generate a substantial amount of dirty electricity — and, therefore, ELF-EMF radiation.

Microwave Oven Radiation: Everything You Need to Know

In general, microwaving may reduce the formation of harmful compounds in certain foods. One advantage of microwaving is that the food doesn’t heat up nearly as much as it does with other cooking methods. Such as deep-frying, roasting, or simmering.

Usually, the temperature doesn’t surpass 212°F (100°C) — the boiling point of water. However, fatty foods like bacon can become hotter. Bacon is one food believed to form harmful compounds called nitrosamines when cooked. These compounds are created when nitrites in foods are heated excessively.

According to one study, heating bacon in the microwave caused the least nitrosamine formation of all cooking methods tested. Another study showed that microwaving chicken formed far fewer harmful compounds than frying. Below are some of the Dos and Don’ts while using or utilizing it;

Many plastics contain hormone-disrupting compounds that can cause harm. A notable example is bisphenol-A (BPA), which has been linked to conditions like cancer, thyroid disorders, and obesity.

When heated, these containers may leach compounds into your food. For this reason, do not microwave your food in a plastic container unless it is labeled microwave safe.

This precaution is not specific to microwaves. Heating your food inside a plastic container is a bad idea — no matter which cooking method you use.

Microwaves do have some downsides. For example, they may not be as effective as other cooking methods at killing bacteria and other pathogens that may lead to food poisoning.

That’s because the heat tends to be lower and the cooking time much shorter. Sometimes, food heats unevenly. Using a microwave with a rotating turntable can spread the heat more evenly, and making sure that your food is heated sufficiently can help ensure that you kill all microorganisms.

It’s also important to be careful when heating liquids. There’s a slight possibility that overheated liquids may explode out of their container and burn you.

Never heat baby formula or any food or beverage intended for small children in a microwave due to the risk of scald burns. To reduce the risk of burns in general, mix what you microwaved and/or let it cool for a while.

Your microwave emits two different types of EMF radiation. First, the microwave radiation that heats your food is never contained 100% by the box that you put the food in.

This microwave radiation leaks out of the seals and can even get past the screen depending on the quality of the microwave.

You can confirm this microwave radiation by purchasing any quality EMF meter. I would suggest the new TriField TF2 (read my review) as it’s simple to use, lasts forever, is extremely accurate, and measures all three types of EMF radiation.

If you’re looking for a low-cost EMF meter I really like the Meterk (read my review). By the same token, whenever you sense a leak or inconsistency with your Microwave Oven, please be sure to consult with a certified and approved dealer.

Generally speaking, and from my point of view, a microwave oven is a safe, effective, and highly convenient cooking method.

On one hand, there is no evidence that they cause harm for in some evidence, they suggest that they are even better than other cooking methods. For example, preserving nutrients and preventing the formation of harmful compounds.

On the other hand, still, you shouldn’t over- or under-heat your food. In addition, avoid standing too close to the microwave, or heat anything in a plastic container unless it’s labeled safe for use.

Hopefully, after you’ve read through this post, you’ll consider getting rid of your microwave. I think you’ll find it surprisingly easy to get on without it once you’ve eliminated it. But if you want to maintain the convenience of using it, at least consider a few of the following tips.

What you need to consider;

Microwave ovens are a common kitchen appliance and are popular for reheating previously cooked foods and cooking a variety of foods. They are also useful for rapid heating of otherwise slowly prepared foodstuffs. And, which can easily burn or turn lumpy when cooked in conventional pans.

Such as hot butter, fats, chocolate, or porridge. Unlike conventional ovens, microwave ovens usually do not directly brown or caramelize food, since they rarely attain the necessary temperatures to produce Maillard reactions.

Finally, it’s my hope that this guide was helpful enough. However, if you have suggestions or even additional questions, please Contact Us. You can also leave your thoughts in the comments section below this blog. Follow more leads using the following useful and related topic links;

This is also important:

Wind, solar, and water are all forces of nature that can provide renewable energy, but did you know we can also draw power from the earth itself? We call this geothermal energy – a power source collected from below the Earth’s surface and transformed into electricity.

So, how do we turn energy within the earth into electricity? Read further to learn the basics of geothermal energy on this guide about Renewable energy rundown: Geothermal energy.

NB: All bloggers can now join our Guests Posting Program for free. While marketers can Email Us Directly so as to Advertise their key Brand/Business/Products on our Blog Site Page from $150 for Web Videos, $70 for Banner Ads, $60 for Permanent Posts, $30 for Dofollow Links, and much more... But, all in all — whatever the reason — you can Contact Us for more help. Whew! If you've enjoyed our Weblog Content, you can Subscribe to our Daily Newsletters by mail — never miss a thing!
previousFacebook Promotion Campaign | Step-by-step Guidelines
nextCOVID-19 Pandemic | 10 Protective Guides You Need So Far
Below are some Topmost Digital Services as well as Online Solution Gigs that all Web Business Masters will find resourceful