Search Engine Results Page | How to Rank High on SERPs

Google featured Snippets are a Prime Real Estate when it comes to Search Engine Results Page (Page SERP). But, at times, if you want to capture them, it’s hard to know where to get started. And that’s why today I am going to guide you through by providing answers to some of your FAQs.

In fact, in a recent Webmaster Hangout from Google, John Mueller confirmed that websites do need to have their SERP in (SEM) promoted. Especially, in order to increase traffic, rank higher, and increase the click-through rate (CTR) conversion. That’s in addition to Search Engine Optimization (SEO) and resourceful content writing. 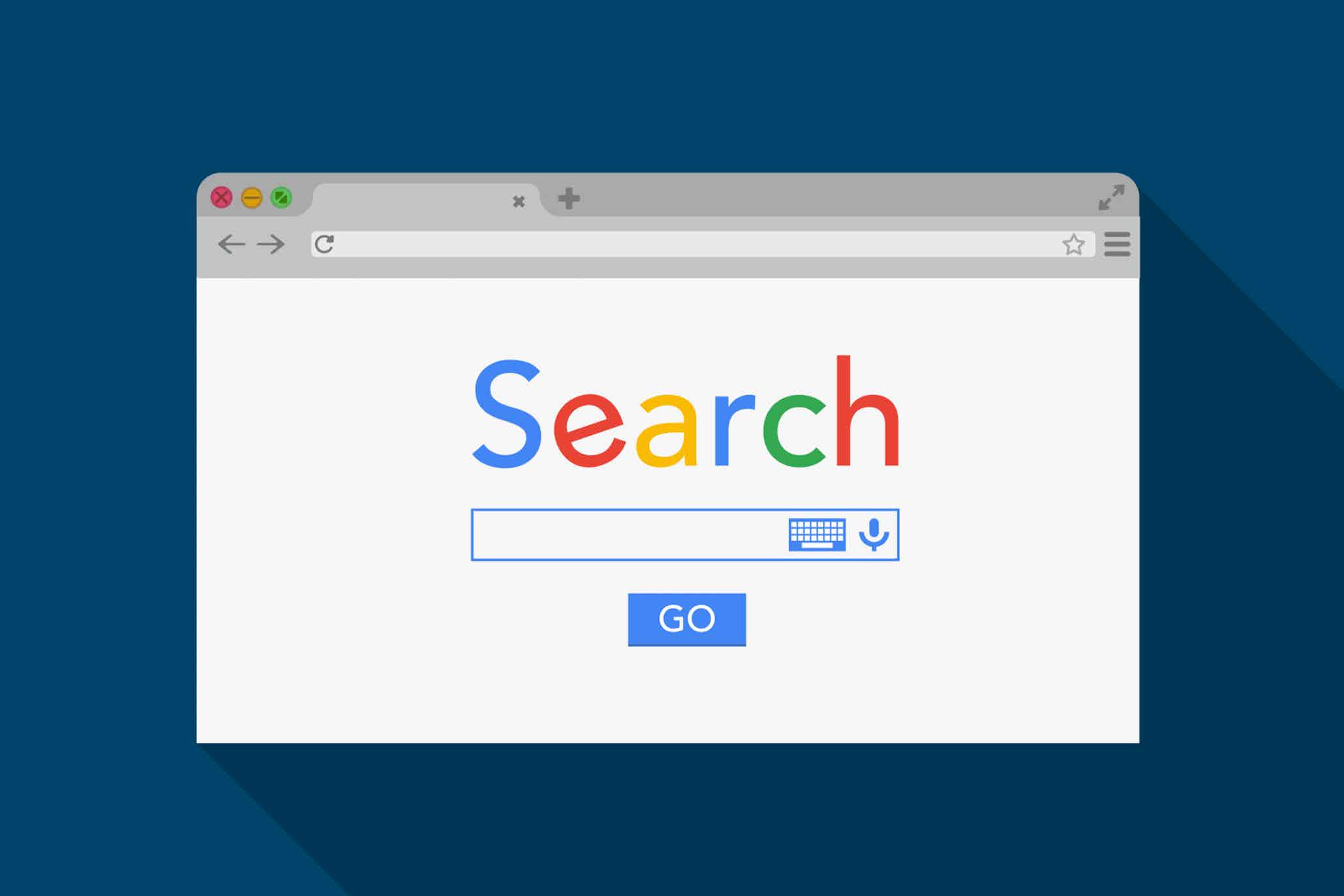 Eventually, this goes even beyond the common advice on SERP by Google. About how building awesome content is important. Meaning, having a great SERP for a website is ever winning if paired with a well leads marketing campaign.

As an example, a random publisher confessed about the observations made on their site after two years of tedious workload. Whereby, their website started ranking on search results without having to build a single link.

But, basically, the high-end million question is whether link building for SERP is important. Given my experience, site ranking algorithms utilize various aspects to help rank your site higher on any given search results.

What is the Search Engine Results Page (SERP)?

SERPs display a list of results or sites relevant to the user’s search. Paid advertisements, if relevant, may also appear in a SERP. If to explain in simple words, SERP means when you want to find some information and write the related keyword phrase and the search engine you use gives you feedback in the form of a page with the results found. 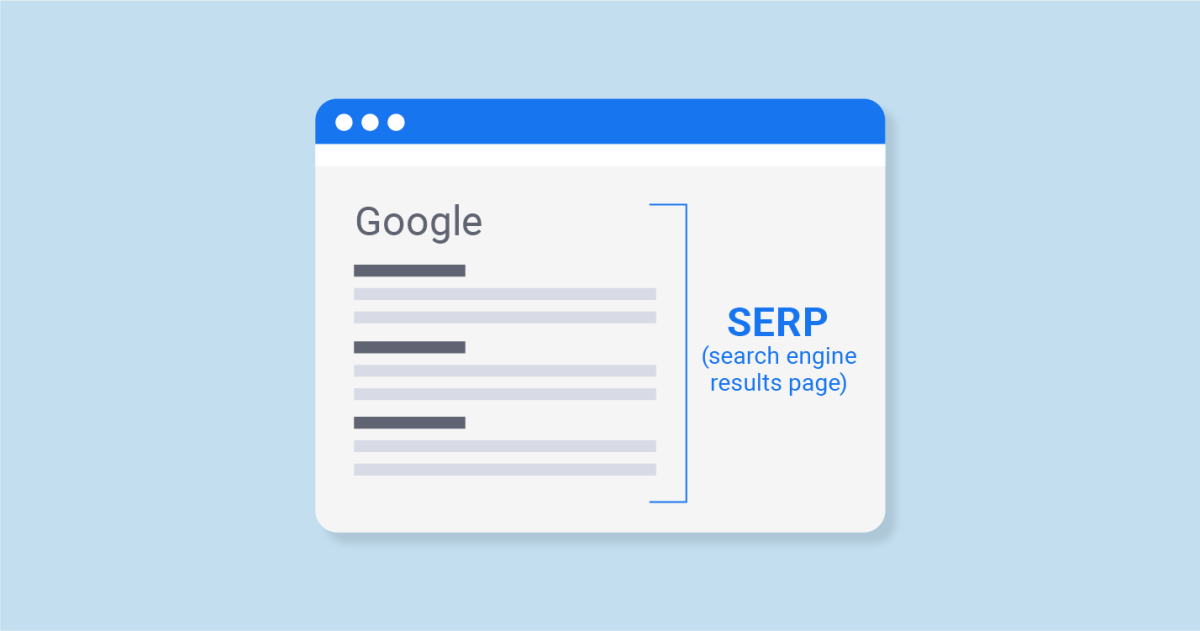 These results are those links with the details about the topic of your request. A SERP feature is any result on a Google Search Engine Results Page (SERP) that is not a traditional organic result.

The main elements of SERP are:

Now you know what is SERP and it is high time to look at its major features, among which one differentiates the following four major features.

The major features of SERP include:

In the early days of Google, every result on the SERP looked the same, and these traditional organic results have not changed much in appearance over the years.

By using SERP best tools, you can identify and organize featured rich snippets of data and increase your CTR rate as well as your website rankings or search results.

The layout of the search results page is constantly changing with the inclusion of the Google Knowledge Graph data and the integration of SERP Features. Like videos, maps, and Google shopping ads, etc. These developments can mean that the top 3 organic rankings are no longer the 3 best positions on the SERP.

Read Also: Why using backlinks is important for your website.

After all, this has been demonstrated in the heatmap and eye-tracking tests. Simply, because the point of a good website ranking in the search results is to gain as much traffic as possible from the organic search channel.

Specifically, meaning the higher up a page ranks in the results for a search query, the higher the chance is that the searcher will click on this result. Eventually, this explains the direct connection between high rankings and increased traffic.

Why do SERPs Matter for SEO?

For example, Google shows four paid ads above the organic results for “buy eyeglasses online.” And because of this, 39% of all clicks go to paid results. 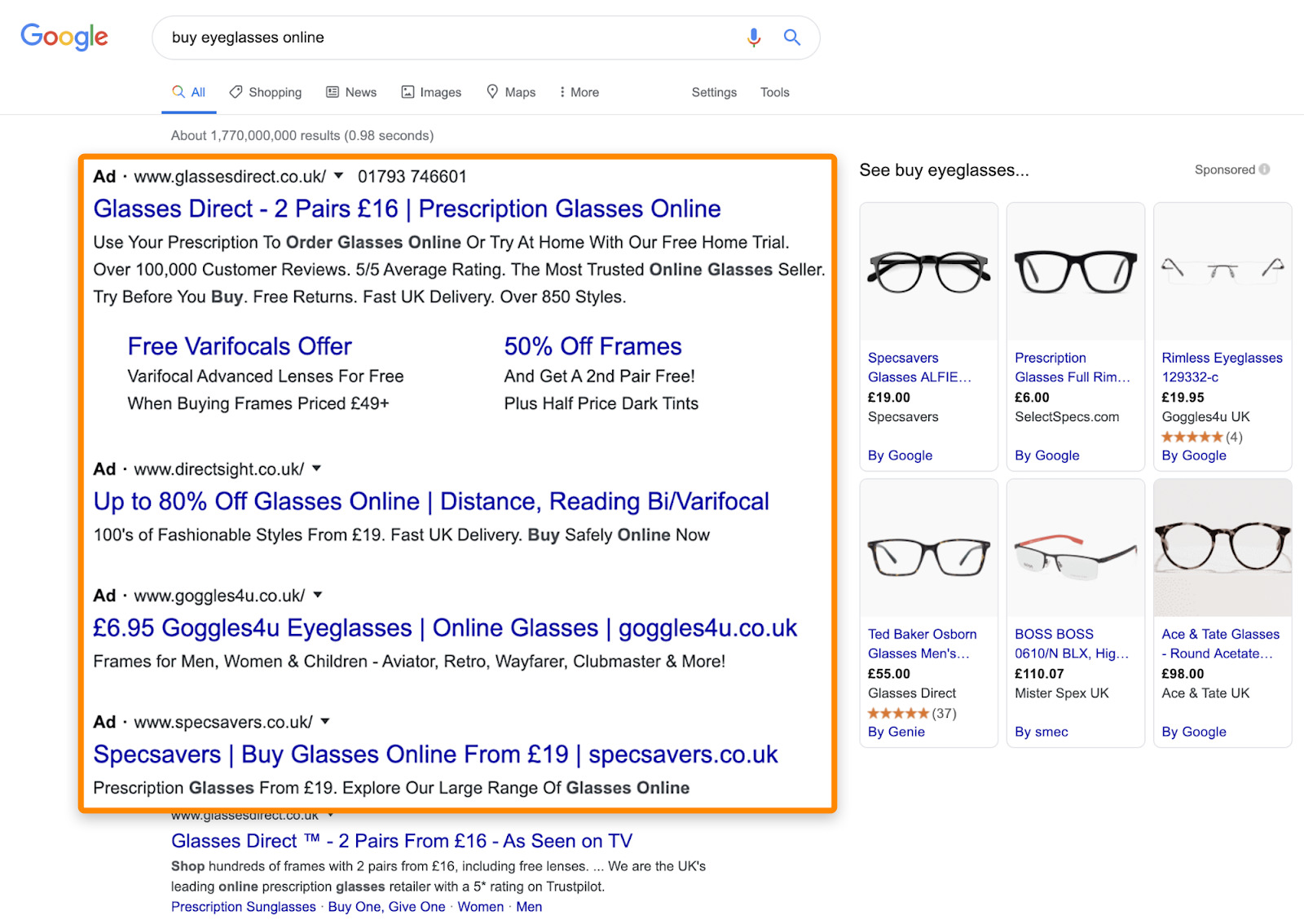 Third, Google sometimes shows SERP features that answer the query in the search results. Just take a look at the results for the “most searched thing on Google” on Google Trends. Because Google answers the question in the SERP, there’s no need for searchers to click on a result.

How to Get into the SERPs

SERPs may look different for each query, but they’re all made up of the same three building blocks. These are:

Below, we’ll walk through each of these in detail, and explain how you can show up there.

Paid search results appear before, and sometimes also after the organic results. Both types of results are virtually indistinguishable, the only real difference being that paid ads are marked as such.

Paid ads work on a Pay-Per-Click (PPC) basis, meaning that advertisers bid on keywords and pay Google for each click. The highest bidders generally receive prime placement, although Google also takes other factors like the relevance of the ad and CTR into account.

The Bottom Line is; If you want to appear in paid ads, you’ll have to dig into your piggy bank.

Organic search results are pages from Google’s index. Because there are often thousands of matching results, Google sorts them using hundreds of ranking factors. As a result, the most relevant and high-quality pages generally end up on the first page of the SERPs.

Nobody knows all of Google’s ranking factors, but we do know some of them. For example, we know that the number of backlinks to a page is important. In terms of how Google displays organic results, they usually show the title, URL, and a descriptive snippet.

You can tell Google what to display in the SERP by setting the page’s title tag, URL slug, and meta description. However, while Google almost always shows the hardcoded title tag in the SERP, it often chooses something other than the meta description for the snippet.

For pages with structured data, Google sometimes shows rich snippets alongside the regular organic results too.

Bottom line: if you want to appear in the organic search results, you need to focus on creating the best and most relevant result for the query. You also need to make sure Google can index your pages, and that they’re optimized for search.

Google SERP Features are non-traditional results. They can be paid, organic, or pulled directly from Google’s Knowledge Graph. While the purpose of SERP features is sometimes to directly generate revenue for Google (i.e., Shopping ads).

The aim is most often to provide information in the search results without the need to click a result. For this reason, SERP features have a significant effect on SEO. Recent estimates suggest that over 50% of searches now result in no clicks.

However, being featured in SERP features can also increase clicks to your website. The Bottom line is that it’s possible to show up in some SERP features. But, the way you do that depends on the type of feature.

What SERP features are there?

Google shows dozens of SERP features in the results, and they’re always testing new ones. Below, I’ll list some of the most common. You can click on any time to know more about their sources of data, and whether it’s possible to appear in them to win more traffic to your site.

You can read and learn more about the interactive 7‑step guide to ranking on Google’s first page (SERP).

According to lettdirect, there are many perks to having the #1 result in Google. You get the lion’s share of the clicks and bolster your PPC efforts. You are first in line to garner more links. Then there is the revenue stream that comes from monetizing the traffic from that #1 result.

It’s no wonder, then, that an entire industry has grown around the ability to acquire #1 results in Google — or at least as close as you can get. To be #1, however, you need to know what Google wants and you need to give Google what it wants better than anybody else.

That’s a tricky proposition, though, because Google has said repeatedly it examines 200+ factors in its ranking algorithm and makes changes to that algorithm—mostly small, but some quite large — every single day.

With that in mind, you can see an exclusive guide on the Anatomy of Search Results & How to Rank in Google in detail. But, if you’ll need more support, you can Contact Us and let us know how we can sort you out.

NB: Any interested blogger can now join our Posting Program for free. While content marketers should Mail Us Direct so as to Advertise through Banner Ads starting at $75, Blog Posts at $55, DF Links at $35, or just Consult Us to ask for our help.
previousFileZilla | The No #1 Free FTP Software to Transfer Files
nextWhois Tools | For Domain Lookup, Availability & IP Search
NB: Below are Featured Service Gigs from topmost Best Solution Freelancers that you can bid from: