Internet Speed Test | How To Measure The Download Speed

By conducting a quick Internet Speed Test online through fast.com or even Ookla, you’ll easily know how fast is your download speed. In seconds, fast.com’s simple Internet speed test will estimate your ISP speed. Not forgetting, fast.com is powered by Netflix. And, as such, it comes in handy for this exercise.

Netflix’s multibillion-dollar streaming business relies entirely on high-speed Internet connections. But, these are networks that, of course, it doesn’t control. And, now the company just launched a new tool to keep broadband providers honest. It’s no other than Netflix’s Fast.com that’s all free to use. 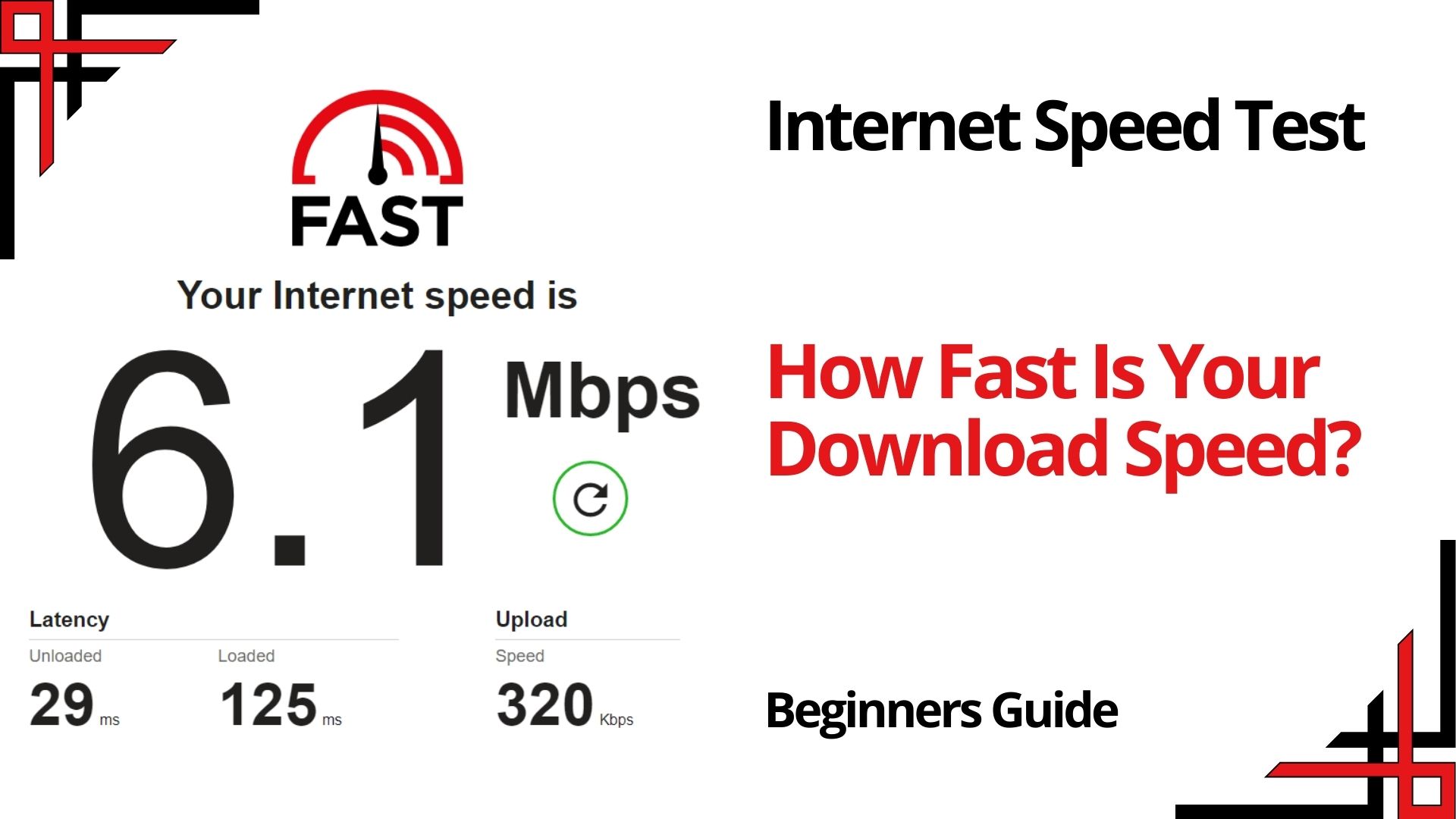 Fast.com is a cleanly designed website that simply does one thing: measures how fast your Internet download speeds are (learn more). Likewise, with Ookla, you can run your Internet speed test in under 30 seconds. The speed test usually transfers less than 40 MB of data — but may transfer more data on fast connections.

“When you’re experiencing streaming issues, fast.com allows you to check the download speeds you’re getting from your Internet service provider,” David Fullagar, Netflix’s VP of content delivery architecture, wrote in a blog post announcing the feature.

For Netflix, part of the message is: If you’ve got a bandwidth problem, don’t blame us — blame your ISP. “If results from fast.com and other speed tests often show less speed than you have paid for, you can ask your ISP about the results,” the company explains on their new website.

What Is Internet Speed Test?

According to Ookla®, Speedtest® is the definitive way for the basic Internet Speed Test and Performance of your Internet connection. Every day, over ten million unique tests are actively initiated by many users in various locations. And, at the times, when their connectivity matters to them.

Since the foundation of Ookla back in 2006, an unparalleled total of more than 35 billion tests has been taken with their Speedtest platform. Basically, they are committed to providing transparency into the performance of networks.

More so, while helping their users assess the speed of their individual connections through the Speedtest application. Or even publishing analysis on the state of global markets and related trends. Thus, their team is always working to provide data that will help make the Internet better and faster for everyone.

That said, you can read and learn more about Speedtest in detail before you get started. Likewise, Netflix’s efforts to bring transparency to the speeds ISPs deliver for streaming video kicked off in early 2011. Uniquely, when the company began ranking providers based on its internal measurements.

Ever since it has released the information to publicly shame poorly performing Internet providers. As well as to push them to install Netflix’s caching servers in their networks to provide better streaming.

It’s important to realize, if results from let’s say fast.com and other speed tests often show less speed than you have paid for, you can ask your ISP about the results. To run the test, you’ll be connected to Measurement Lab (M-Lab) and your IP address will be shared with them and processed by them in accordance with their privacy policy.

M-Lab conducts the test and publicly publishes all test results to promote Internet research. Published information includes your IP address and test results. But, it doesn’t include any other information about you as an Internet user. To get the best possible performance, you generally want download speeds at least as fast as the following:

Before you contact your internet service provider (ISP) or mobile carrier, check to see if you’re running any ongoing downloads or other programs. Like video chat that might be hogging your bandwidth. Close those and test again. If your Speedtest result still seems slow, reboot your phone or computer, modem, and router.

Then make sure that your router does not have any Quality of Service (QOS) features turned on. If that doesn’t fix the problem, there are a few more steps you can try. Contacting your ISP or carrier for help is a good next step.

Speedtest offers a network of over 11,000 hosted servers around the globe so that you always have Internet Speed testing options. At the start of a test, Speedtest automatically chooses a nearby server with a fast ping result to measure the maximum potential of your internet connection. You can always change the testing server to a different one.

To compare results, I encourage testing to different servers. By selecting a new server, you are changing the location or host of the server you are testing your internet connection against. In particular, many sites and streaming services may host their content on servers that are far away from your current location.

As a result, this could translate to slower speeds and pings from those services. No matter the server you choose, all tests run on Speedtest reflect the speed of your connection from your current ISP or carrier. Testing to a server hosted by an ISP or carrier does not necessarily tell you how fast your connection would be if you were to sign up.

First of all, the Netflix ISP Speed Index measures the average monthly speeds of actual streams during primetime hours. The Fast.com speed test is different because it measures an individual’s Internet connection at any given point in time.

Secondly, Fast.com measures only download speed — and not other metrics like latency or jitter — because downstream bandwidth is the most critical factor that determines video quality. The website “is not a network engineer’s analysis and diagnostic suite,” Netflix says in its FAQ section.

For standard-definition video quality, Netflix recommends a minimum of 3 megabits per second downstream connection. For HD, the minimum suggested speed is 5 Mbps. Whilst, to watch the select amount of Ultra HD content on Netflix it recommends at least 25 Mbps.

Lastly, Fast.com works on any device that has a web browser. Including smartphones, laptop computers, and smart TVs, and is free for anyone to use whether or not they’re Netflix subscribers. To calculate speeds, Fast.com performs a series of downloads from Netflix servers.

Speedtest measures the speed between your device and a test server, using your device’s internet connection. And as such, several factors can impact the speed recorded by a test.

Likewise, your computer’s firewall or a proxy server might be blocking communication over port 8080, which will limit the number of servers available for testing.

Related Topic: Internet of Things (IoT) | What is it with key example uses?

Speedtest is measuring your real-time network connection, so tests taken within a few minutes of each other might vary a little. More so, based on network congestion and available bandwidth. If your Speedtest results are significantly different, make sure that you’re:

Also, note that there are large variations in Wi-Fi and cellular radio quality and MIMO stream handling quality between devices. These variations can cause a device to deliver slower test results than another device or computer. Speedtest is currently available for the web at Speedtest.net and for download on iOS, Android, macOS, Windows, Google Chrome, and Apple TV.

That said, you can read and learn more about other Enterprise Solutions From OOKLA® in detail. But, if you’ll need more support, you can Contact Us and let us know how we can help you. All in all, feel free to share your opinion thoughts, suggestions, contributions, or even more questions in our comments section below.