Experts have long suspected Inflammation that may play some role in cancer’s development. In 1863, German scientist and physician Rudolf Virchow was the first to make the connection. Especially, by observing that cancer often develops at sites of chronic inflammation.

But,  researchers have only recently pinpointed chronic inflammation as a primary risk factor for cancer and other serious health conditions. But, inflammation by itself is a sign the body is doing its job. 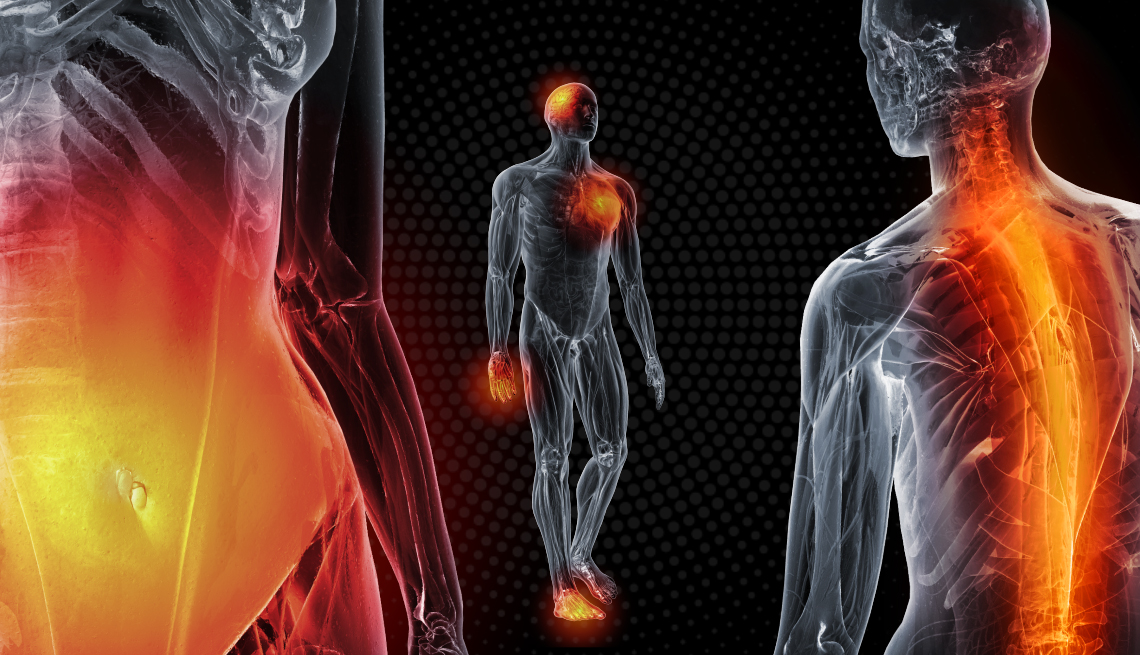 “Chronic inflammation is sometimes called ‘smoldering inflammation’ because it’s inflammation that never really resolves. It’s the opposite of ‘good’ inflammation, which your body uses to get rid of bacteria and viruses.

Related Read: What Is Mesothelioma Cancer?

And then, once it achieves its goal, resolves,” says Eugene Ahn, MD, Medical Director of Clinical Research and Hematologist/Oncologist at our Chicago hospital.

Basically, Inflammation is part of the body’s immune response. When something harmful or irritating affects a part of our body, there is a biological response to try to remove it. The signs and symptoms of nasal inflammation can be uncomfortable but are show that the body is trying to heal itself.

For instance, Chronic Sinusitis occurs when the spaces inside your nose and head (sinuses) are swollen and inflamed for three months or longer, despite treatment. This common condition interferes with the way mucus normally drains and makes your nose stuffy.

Breathing through your nose may be difficult, and the area around your eyes might feel swollen or tender. Whenever a Body Inflammation occurs, the immune system recognizes damaged cells, irritants, and pathogens, and it begins the healing process. Learn more Quick Facts about it.

Why is it a Misunderstood concept?

The concept of inflammation is sometimes tricky to grasp because it may seem contradictory. On one hand, inflammation is a healthy process, essential to the body’s ability to heal itself.

Or rather, an injury — like that caused by arthritis and other autoimmune diseases — may damage healthy tissues.

Like on inherited gene mutations that raise the risk of chronic inflammation. But it also may result from lifestyle choices you may be able to change. That’s important because the so-called lifestyle-dependent inflammation is on the rise.

“The connection between inflammation and cancer has been apparent for a long time, but it may be that it’s now coming into sharper focus because of the increase in lifestyle-dependent inflammation we’re seeing,” Dr. Ahn says.

How does Inflammation influence Cancer?

Chronic inflammation’s role in cancer development isn’t a small one. As many as one in five cancers are believed to be caused or influenced by inflammation.

One reason is that chronic inflammation may damage DNA, says Cynthia Lynch, MD, Medical Director of the CTCA® Breast Cancer Center, Phoenix and Medical Oncologist at our Phoenix hospital.

Other times, the inflammatory process produces molecules called cytokines, which stimulate the growth of blood vessels that bring oxygen and nutrients to the tumor. The process also may generate molecules called free radicals that further damage the DNA.

These inflammation side effects may help sustain and fuel cancer growth. The reason inflammation becomes chronic isn’t always apparent. It may be caused by infections that don’t go away, abnormal immune reactions to normal tissues, or certain conditions like obesity.

“Anything that causes inflammation will cause the DNA of a cell to replicate faster,” says Brad Mons, DO, Head and Neck Surgeon at our hospital in Tulsa. “The more your cells replicate, the higher chance you have of cancers developing.”

Sometimes, cancer-causing chronic inflammation stems from a disease characterized by inflammation. The inflammatory diseases colitis, pancreatitis, and hepatitis, for example, are linked to a greater risk of colon, pancreatic, and liver cancers, respectively.

In these diseases, immune cells create highly reactive molecules containing oxygen and nitrogen that can damage DNA. Inflammation also may cause cells to divide. HIV increases the risk of other viruses and very rare cancers. Including Kaposi sarcoma, non-Hodgkin lymphoma, and invasive cervical cancer.

In other cases, environmental factors are the culprits. Asbestos exposure, for example, increases the risk for mesothelioma.

How do you Reduce Cancer Risks?

One study found that tricking immune cells into believing they’re lacking oxygen makes them retreat from the site of inflammation to conserve energy. Evidence is also building that aspirin may help prevent chronic inflammation.

The non-steroidal anti-inflammatory drug works by reducing the production of prostaglandins, which are chemicals that promote inflammation, pain, and fever.

In a 2016 report published in the Journal of the American Medical Association, researchers who studied aspirin use in 135,000 patients concluded “long-term aspirin use was associated with a modest but significantly reduced risk for overall cancer, especially gastrointestinal tract tumors.

Regular aspirin use may prevent a substantial proportion of colorectal cancers.” Already in the United States, tens of millions of adults take aspirin to reduce the risk of heart attack or stroke. “We take aspirin to prevent heart attacks, so taking it to prevent certain types of cancer isn’t unreasonable,” Dr. Ahn says.

“Aspirin is being looked at to treat other cancer types, as well. But, there isn’t much data on anything other than colorectal cancer right now,” Dr. Lynch says.

In general, the association between lifestyle habits and inflammation remains a concern. These factors trigger an immune response, even without an infection to fight off or an injured tissue to heal.

“The reason inflammation gets so much attention in the press right now is that a lot of it is dependent on our lifestyle,” Dr. Ahn says. “The more sedentary you are and the worse your diet is, the more inflammation you’re generating.”

Learn Also: Berries | How they are Used for Cancer & other Benefits

In fact, a 2016 report from the American Institute for Cancer Research found that maintaining a healthy weight may be as important as avoiding tobacco and overexposure from the sun.

And the American Cancer Society found that those who follow a healthy lifestyle, by eating a nutritious diet, limiting alcohol consumption, and taking other important steps, are 10 to 20 percent less likely to be diagnosed with cancer.

Diet and exercise top the healthy lifestyle list, Dr. Lynch says. And even small changes can make a difference. Like adding more plant-based foods that contain anti-inflammatory phytonutrients to your plate and eating more fermented foods.

Such as yogurt and miso, which contain natural probiotics that reduce inflammation. Also, try to avoid carcinogens like asbestos, silica, and tobacco. And if you have an underlying condition like hepatitis B or hepatitis C, seek treatment.

Experts also recommend limiting processed foods, which may increase the risk of throat cancer. “It’s not significant, but the risk is more than it is for someone who eats fresh produce. Because those preservatives are acting as irritants,” Dr. Mons says.

Alcohol can act as an irritant, too. Especially in the head and neck—the first area food or drink touches when swallowed. Another concern: Alcohol and its byproducts may damage the liver and lead to inflammation in the organ.

Finally, I hope the above-revised guide is helpful in treating or preventing any chronic or acute body inflammation. But, if you’ll have additional contributions, suggestions, or questions, please Consult Us and let us know how we can help.

All in all, apart from the above topic, feel free to share your additional insights and thoughts in our comments section below.

NB: Our free to join Guests Posting Program is now open for all qualified bloggers. If a marketer, Email Us Directly if you'd like to Advertise in form of Videos, Banners, Posts, Backlinks, or even more... Otherwise, you can Consult Us for more help below
previousWhat Is Watercress? & How Does It Taste Like? Plus Recipes
nextReceding Gums | Causes, Symptoms, Risks & Treatment
NB: Below are some Online Digital Services as well as Featured Solution Gigs to bid from freelancers