What is TIDAL? A High Fidelity Music Streaming Platform

TIDAL is an online music streaming entertainment platform that brings artists and fans together. Through unique music and content experiences. Not to mention, the Jay Z-owned music streaming app recently shot to the top of the App Store.

In addition to his award-winning hip-hop albums, Jay-Z is known for an array of successful business interests, as well as his marriage to singer Beyoncé. Jay-Z is an American rapper, songwriter and producer. Who grew up in Brooklyn’s drug-infested Marcy Projects.

He used rap as an escape, appearing for the first time on Yo! MTV Raps in 1989. After selling millions of records with his Roc-a-Fella label, Jay-Z created his own clothing line and founded an entertainment company. Also, he was also lucky enough to wed popular singer and actress Beyoncé Knowles in 2008. 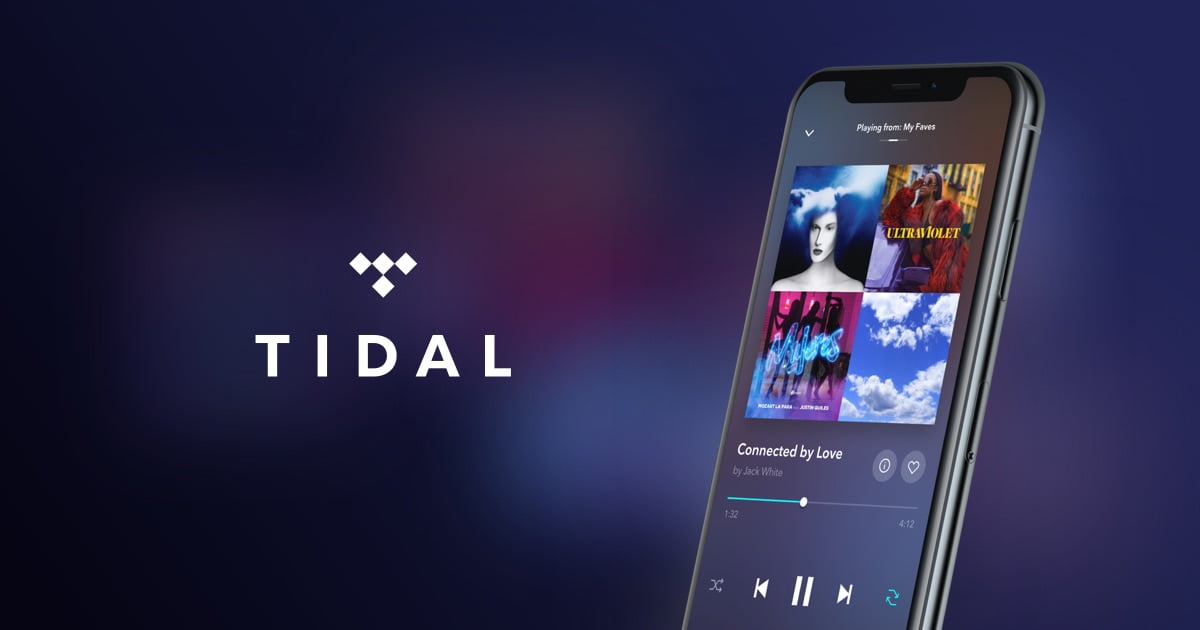 As of August 20, 2019, Tidal now includes social features that make it easy for iOS and Android users to share music and video to their Instagram and even Facebook Stories.

This is something we’ve seen with Spotify allowing users to post individual songs to a story. However, Tidal lets users post individual tracks or whole playlists. And in the end, which appears as still images on either social platform.

Tidal is a global music and entertainment platform that brings artists and fans together through unique music and content experiences. It distinguishes itself from other services by offering lossless streaming if you go all-in with a Tidal HiFi membership.

While music content is the priority, users are also provided access to original video series, podcasts, and music journalists—though podcasts are extremely limited. It promotes itself as the streaming service that puts the artist first. Various celebrities, like Jay Z and Beyonce, own equity in it.

Read Also: The Top 10 Digital Platforms to Upload, Share and Promote Your Music

While artist empowerment is a core tenant of the platform, so too is its commitment to benefiting fans. Artists provide members with exclusive digital content and experiences through the Tidal X program.

Important to realize, the majority of share and stakeholders are fellow musicians. Above all, who have not only collaborated to create a better future for emerging musicians, but also as a better listening experience for all music lovers.

How is the Tidal Music Platform useful?

Firstly, Tidal is a music streaming service that promises to unite artists and fans. Then again, Tidal distinguishes itself from other services by offering lossless streaming. That is if you go all-in with a Tidal HiFi membership.

Secondly, to lay out his vision and get them on board. It’s the brainchild of Jay Z, arguably the most successful and business-savvy rapper in history. He purchased a struggling Swedish tech company called Aspiro in January 2015. Then, re-branded it as the hip, a young startup it is today.

Thanks to the fact that right now it’s the only place you can stream Kanye West’s album, “The Life of Pablo.” However, there’s a lot of backstory to the history of Tidal.

All in all, for instance, the company’s pivotal moment was when Jay Z called together his most influential friends in the music industry. Like, Kanye West, Rihanna, and Daft Punk, for a meeting in February 2015.

Whether on the web, mobile phones or tablets, the options for music access are unlimited. And so are the premium and free music streaming online web platforms.

With service solutions support that is growing at a lightning-fast speed. This makes it very complicated to choose one or two from them and decide the most appropriate one.

What are the Benefits of Joining the Platform?

As an Artists or even Musician, you can easily utilize various music streaming online to make an income. In addition, it is one of the fine-tuned ways to vibrantly and lucratively create a new following base. Increasing your music brand awareness as well as getting various allocated deals and signed in label records.

In reality, music streaming service solutions make it easier for you to make informed decisions. As to which one’s are the best to get a space in. Especially for your devices without burning a hole in your pockets.

Besides the economics of the service, Tidal has focused heavily on securing exclusive deals for new music. With the help of Jay-Z’s influence, artists like Prince, Rihanna, Jack White, Beyoncé, and most recently Kanye West. 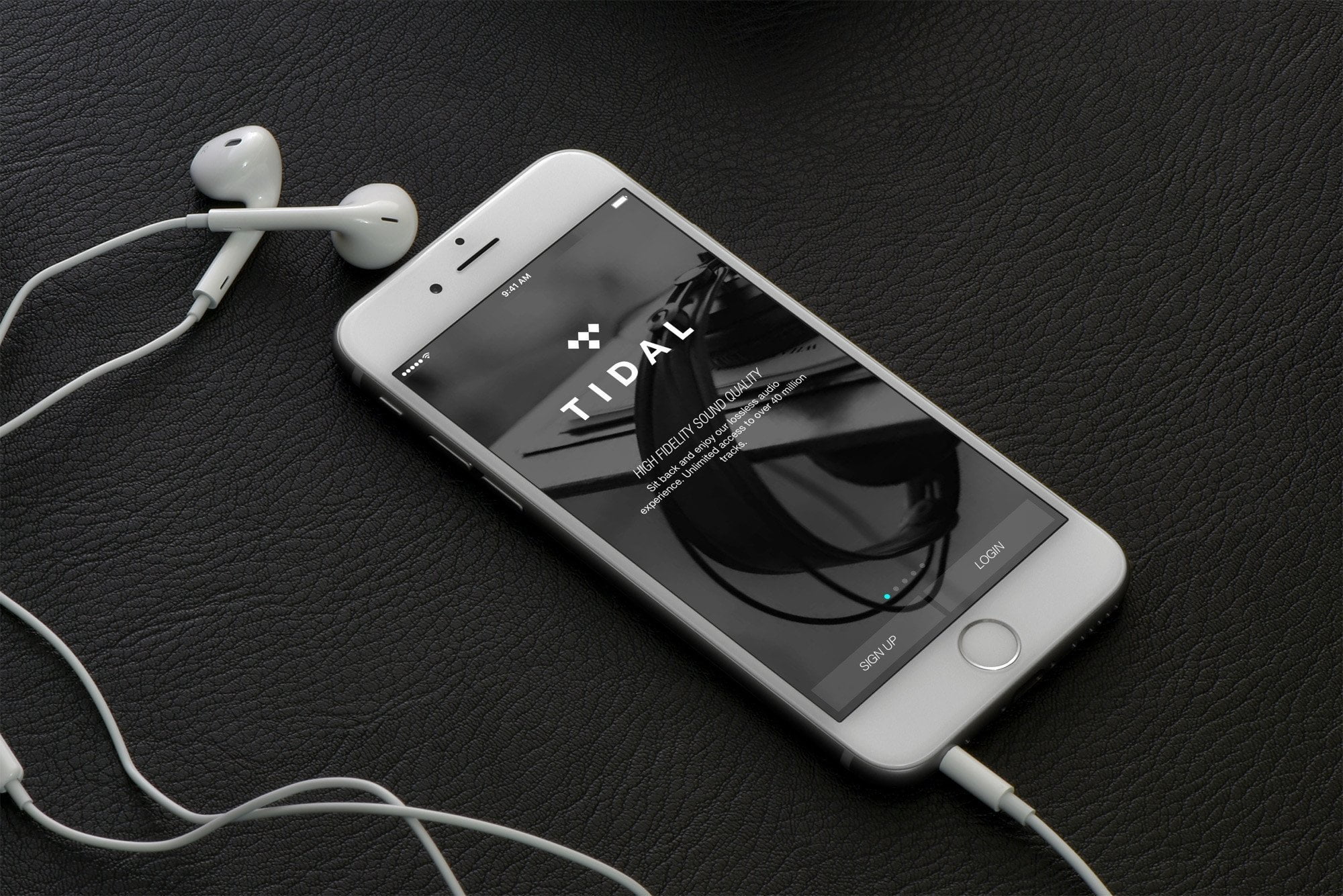 Having all shared new music exclusively on the platform. Another unique feature of Tidal is its curated playlists. You’ll find playlists handcrafted by the likes of Jay Z and Beyoncé. Along with playlists like “Future vs. Young Thug” that their employees construct.

Overall, Tidal’s playlist selection feels like a mix of Apple Music and Spotify. There are genre-specific ones like “Jazz Giants” and more mood-specific playlist themes, like “party” and “workout,” to choose from.

Below are more notable benefits;

As an example, there are over 57 million songs and more than 230,000 videos on the Tidal service.

In particular, you can access seamlessly across smartphones, tablets, and computers. Moreover, they have launched a partnership with MTN Uganda to provide the Tidal Service.

2. Quality in addition to Quantity

On the other hand, it is quick to set up and it’s free from annoying ads and interruptions. Above all, that infest other music streaming services.

As part of the service, all first-time users are given the option to try the service for FREE.

Another important Key, at the expiry of the FREE trial offer, a user MUST activate a paid for a subscription. In that case, to continue accessing the platform services.

Consequently, getting around the app feels better than ad-filled services. TIDAL offline mode lets you play music, even when you’re not connected to the internet.

Whilst it is unlikely to control the content usage perspective on digital and mainstream media, TIDAL has its content protected.

As an example, with both local and international music, exclusive content releases are only available on its platform. Offering live experiences that are exclusive to it.

How much is Tidal Streaming?

Currently, it’s available in 52 countries. It has over 50 million songs in its catalog and over 200,000 high-quality videos. Especially, offering passionate music fans both a premium and high fidelity sound quality. Not to mention, along with the high-resolution video, and expertly curated editorial content.

Also, provides a 30 day free trial period to all new customers on both subscription tiers. Equally important, they have programs such as TIDAL X, and TIDAL Rising. To help connect artists with their fans through the content offered. 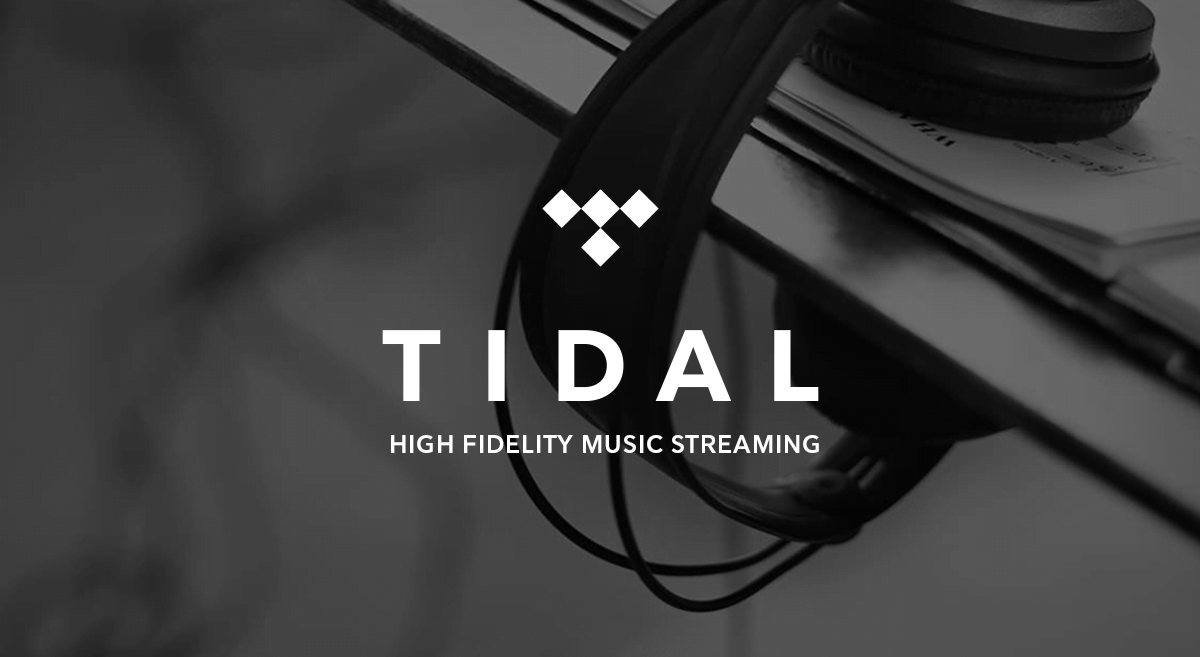 Of course, a life without music is truly unimaginable. Whether on the web, mobile phones or tablets, the options for music access are unlimited. And so are the streaming music services that are growing at a lightning-fast speed.

Read Also: Which is the best music streaming service in the UK?

Notably, Streaming Services are in their heyday. With so many great options available to consumers, it’s hard to know what makes one service different from another.

Well, Tidal prides itself on being an artist and a quality-first platform. Making it easier for you to decide as to which one’s are the best to get a space in. Especially for your devices without burning a hole in your pockets.

Of course, this makes it very complicated to choose one or two from them and decide the most appropriate one. The following list of best free online music streaming platforms will help you out of the complicated state.

Some of the Tidal Music Platform competitors include;

Founded in November 2012, Mdundo has over the past 2 years provided local artists a platform like no other. Especially to distribute their music and earn revenues based on the number of downloads they receive.

Simply put Mdundo has the same structure as Sound Cloud, however, the difference is that Mdundo actually pays artists.

Here is How Mdundo Works For Artists.

Apart from Tidal technologies, there is also a competitor platform by the name Spotify. To enumerate, Spotify Technology S.A. is a Swedish media-services provider founded in 2006.

Not forgetting, the company’s primary business is its audio streaming platform. Equally,  like Tidal, that provides DRM-protected music and podcasts from record labels and media companies.

With this in mind, learn more about the Spotify Products Online.

As the world’s largest music and audio platform, SoundCloud lets people discover and enjoy the greatest selection of music. In reality, from the most diverse creator community on earth.

Since launching in 2008, the platform has become renowned for its unique content and features. Including the ability to share music and connect directly with artists, as well as unearth breakthrough tracks, raw demos, podcasts and more.

This is made possible by an open platform that directly connects creators and their fans across the globe. Music and audio creators use SoundCloud to both share and monetize their content with a global audience.

As well as receive detailed stats and feedback from the SoundCloud community.

Here is More about the SoundCloud Music Platform.

Google Play is a digital distribution service operated and developed by Google LLC. It serves as the official app store for the Android operating system.

Allowing users to browse and download applications developed with the Android software development kit.  And also, in that case, published through Google.

Here is more information about the iTunes Music Store.

Notably, Jay Z is the personality guy behind the emergence of Tidal – High Fidelity Music Streaming. Whereby, all thanks to Jay Z, whatever soundtrack you need – a workout, party or just your favorite artists on repeat – the seasoned editorial team personally curates playlists for each occasion.

Notably, he used rap as an escape, appearing for the first time on Yo! MTV Raps in 1989. After selling millions of records with his Roc-a-Fella label, Jay-Z created his own clothing line and founded an entertainment company.

Rapper Jay-Z was born Shawn Corey Carter on December 4, 1969, in Brooklyn, New York. “He was the last of my four children,” Jay-Z’s mother.

In fact, Gloria Carter, later recalled, “the only one who didn’t give me any pain when I gave birth to him. And that’s how I knew he was a special child.” His father, Adnes Reeves, left the family when Jay-Z was only 11 years old.

In summary, users can stream TIDAL Music from both Smart Mobile Devices (Smartphones, Tablets) and Desktops.

Not forgetting, the service is available on both Android and iOS devices. And even surprisingly, TIDAL has all kinds of Music such as;

Additionally, it has a rich catalog of both international and local Music.

For your information, some of the local artists currently assigned to the platform include; Masauti, Chameleone, Radio, and Weasel, etc. Just but to mention a few. We can finally say, it’s subscription-based music and video streaming service.

On Tidal consumers can get full access to music with high-quality sound, music videos, and expertly curated editorial guides.

Finally, in addition to the Music Platform profile listed above, find more useful and related research links provided below.

But, if you’ll have additional topics or contributions, please leave them in the comments box below this post. Or simply, Contact Us if you’ll have more related and useful contributing content.

You enjoyed reading this Blog Post, right? Well, Subscribe to our Free Newsletters Daily and never miss a thing from us:
previousRheumatoid Arthritis | Natural Remedies you Should know
nextSEMrush | No #1 Platform For Online Visibility Management