Traumatic Brain Injury (TBI) is a major cause of death and disability worldwide, especially in children and young adults. With males sustaining traumatic brain injuries more frequently than do females. That said, today, we are going to learn more about what traumatic brain injury is and how to heal a fatal head trauma in detail.

Not forgetting, the human brain is the central organ of the human nervous system, and the spinal cord makes up the central nervous system. The brain consists of the cerebrum, the brainstem, and the cerebellum. And it controls most of the activities of the body. Such as processing, integrating, and coordinating the information from the sense organs. 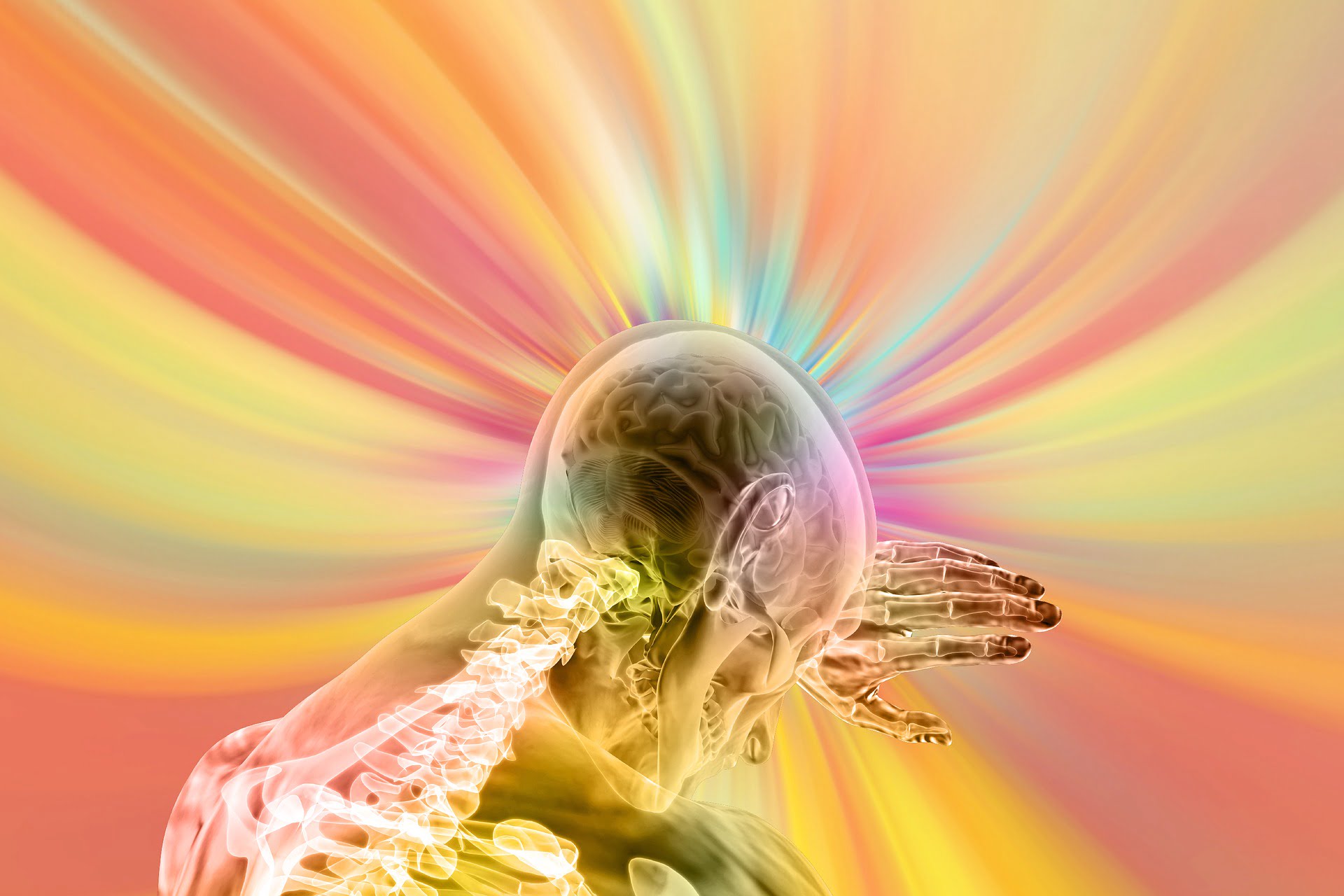 Our brain is also very key in making vital decisions as per the instructions sent to the rest of the body. For your information, the brain is contained in, and protected by, the skull bones of the head. It can be hard to assess how serious a head injury is just by looking. That’s why it’s recommended to consult with a doctor immediately.

What Is Traumatic Brain Injury (TBI)?

Traumatic Brain Injury (TBI), also known as Intracranial Injury, occurs when an external force injures the human brain. In other words, it can be classified based on severity, the mechanism (closed or penetrating head injury). Or even, other features (e.g., occurring in a specific location or over a widespread area).

So to speak, head injury is a broader category that may involve damage to other structures such as the scalp and skull. Also, TBI can result in physical, cognitive, social, emotional, and behavioral symptoms. And the outcome can range from complete recovery to permanent disability or death.

A head injury is any sort of injury to your brain, skull, or scalp. This can range from a mild bump or bruise to a traumatic brain injury. Common head injuries include concussions, skull fractures, and scalp wounds. Some minor head injuries bleed a lot, while some major injuries don’t bleed at all. So, it’s important to treat all head injuries seriously and get them assessed by a doctor.

The consequences and treatments vary greatly, depending on what caused your head injury and how severe it is. Head injuries may be either closed or open. A closed head injury is any injury that doesn’t break your skull. An open (penetrating) head injury is one in which something breaks your scalp and skull and enters your brain.

The cerebrum is the largest part of the human brain. It is divided into two cerebral hemispheres. Equally, the cerebral cortex is an outer layer of grey matter, covering the core of the white matter.

The cortex is split into the neocortex and the much smaller allocortex. The neocortex is made up of six neuronal layers, while the allocortex has three or four. Each hemisphere is conventionally divided into four lobes. Namely:– the frontal, temporal, parietal, and occipital lobes.

Check Out Mayo Clinic Q and A: Risk for Depression After Traumatic Brain Injury

The frontal lobe is associated with executive functions including self-control, planning, reasoning, and abstract thought, while the occipital lobe is dedicated to vision. Within each lobe, cortical areas are associated with specific functions, such as the sensory, motor, and association regions.

Although the left and right hemispheres are broadly similar in shape and function, some functions are associated with one side. Such as the language on the left and visual-spatial ability on the right. The hemispheres are connected by commissural nerve tracts, the largest being the corpus callosum.

In most cases, your skull will protect your brain from serious harm. However, injuries severe enough to cause head injury can also be associated with injuries to the spine.

Traumatic Brain Injury (TBI) causes include falls, vehicle collisions, and or even violence. Brain trauma occurs as a consequence of a sudden acceleration or deceleration within the cranium or by a complex combination of both movement and sudden impact.

In addition to the damage caused at the moment of injury, a variety of events following the injury may result in further injury. These processes include alterations in cerebral blood flow and the pressure within the skull. All in all, some of the imaging techniques used for diagnosis include computed tomography and magnetic resonance imaging (MRIs).

Unlike most bones in your body, your skull doesn’t have bone marrow. This makes the skull very strong and difficult to break. A broken skull is unable to absorb the impact of a blow, making it more likely that there’ll also be brain damage.

On one side, a hematoma is a collection, or clotting, of blood outside the blood vessels. It can be very serious if a hematoma occurs in the brain. The clotting can lead to pressure building up inside your skull. This can cause you to lose consciousness or result in permanent brain damage.

The severity of intracerebral hemorrhages depends on how much bleeding there is. But, over time any amount of blood can cause pressure buildup too. That’s why it’s recommended to see a doctor with immediate effect.

Medically, any brain injury can lead to edema or swelling. Many injuries cause swelling of the surrounding tissues, but it’s more serious when it occurs in your brain. Your skull can’t stretch to accommodate the swelling. This leads to pressure buildup in your brain, causing your brain to press against your skull.

A concussion occurs when the impact on the head is severe enough to cause brain injury. It’s thought to be the result of the brain hitting against the hard walls of your skull or the forces of sudden acceleration and deceleration. And generally speaking, the loss of function associated with a concussion is temporary. However, repeated concussions can eventually lead to permanent damage.

A diffuse axonal injury (sheer injury) is an injury to the brain that doesn’t cause bleeding but does damage the brain cells. The damage to the brain cells results in them not being able to function. Thus, more swelling, and more damage.

Though it isn’t as outwardly visible as other forms of brain injury, a diffuse axonal injury is one of the most dangerous types of head injuries. Keeping in mind, if too severe, it can lead to permanent brain damage and even death.

On one hand, TBI is one of two subsets of acquired brain injury (brain damage that occurs after birth). While a subset is a non-traumatic brain injury. Eventually, it does not involve external mechanical force like stroke or infection.

On the other hand, all traumatic brain injuries are head injuries, but the latter term may also refer to injury to other parts of the head. However, the terms head injury and brain injury are often used interchangeably.

So, bleeding on the surface of your brain or within your brain is a serious concern in head injuries. However, not all head injuries cause bleeding. It’s therefore, important to be aware of other symptoms to watch out for.

The common symptoms of a minor head injury

Many symptoms of serious brain injury won’t appear right away. Therefore, you should always continue to monitor your symptoms for several days after you injure your head. The most common symptoms of a minor head injury include:

The common symptoms of a traumatic brain injury

Unlike other forms of bodily injuries and or accidents, traumatic brain injury is highly preventable. However, head injuries shouldn’t be taken lightly.

You should see your doctor right away if you think you have the symptoms of a serious head injury. And in particular, you should always seek immediate medical attention if you experience any of the following. Like a loss of consciousness, confusion, or even disorientation.

In the case of a potentially serious head injury, you should always call 911 or your local emergency services. Motion can sometimes make a head injury worse. Also, not forgetting, emergency medical personnel are trained to move injured people carefully without causing more damage.

Other preventive measures include:

Secondly, depending on the Traumatic Brain Injury (TBI), the treatment required may be minimal. It may include interventions such as medications, emergency surgery, or surgery years later.

Other means of immediate care include:

Additionally, lucrative means like; counseling, supported employment, and community support services may also be useful. With time, the 20th century saw developments in diagnosis and treatment that decreased death rates in TBI cases.

You shouldn’t take nonsteroidal anti-inflammatory drugs (NSAIDs), such as ibuprofen (Advil) or aspirin (Bayer). These can make any bleeding worse. And if you have an open cut, your doctor may use sutures or staples to close it. They’ll then cover it with a bandage.

Even if your injury seems minor, you should still watch your condition to make sure it doesn’t get worse. It isn’t true that you shouldn’t go to sleep after you have injured your head. But you should be woken up every two hours or so to check for any new symptoms.

Related Topic: What Is High Blood Pressure? How To Fight Hypertension

Overall, the treatment you receive at the hospital will depend on your diagnosis. You should go back to the doctor if you develop any new or worsening symptoms.

Finally, I hope you gathered something from the above-revised guide on traumatic brain injury awareness. You can also read about the Human Brain as well as Qi Gong | What is it? & How You Can Start Practicing Today in detail.

If you loved reading this guide or any other blog articles affiliated with jmexclusives, feel free to share your views, contribution, and additional thoughts in our comments section below. You can also donate to support our SEO Webmasters and all the ongoing projects or even Contact Us if you’ll need more help on Traumatic Brain Injury (TBI).

You enjoyed reading this Blog Post, right? Well, Subscribe to our Free Newsletters Daily and never miss a thing from us:
previousHow To Increase Your Site Domain Authority In Simple Steps
nextWhat Is Depression? How To Fight With A Mental Crisis