According to Coombe Farm Organic,  the Pink Himalayan Salt is a luxurious salt. It’s a pungent and coarse mineral salt with a mineral tang. Above all, a seasoning must-have for your bone broth recipes.

For one thing, it comes from sea-salt deposits found in chambers deep within the mountains of the Punjab region. And that can be dated back some 500 million years. 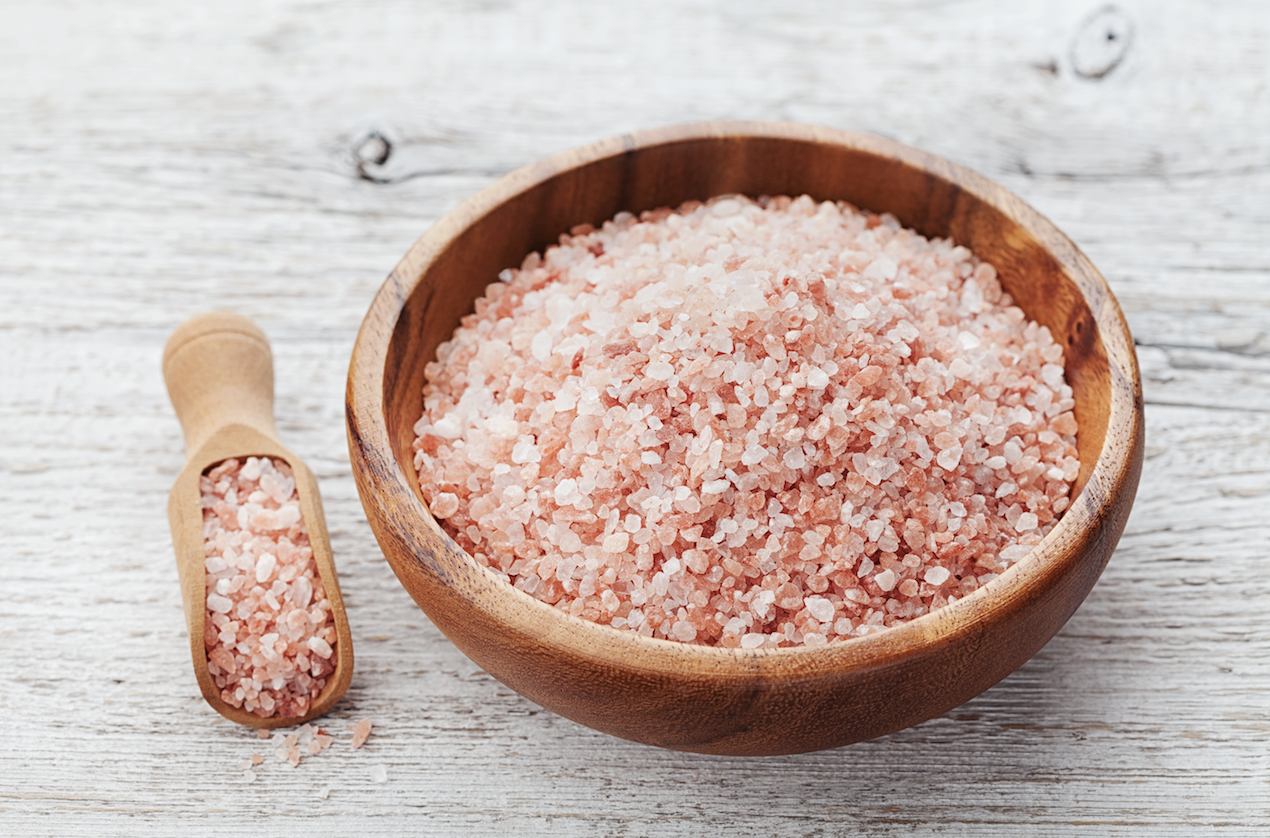 And generally speaking, the Traces of Copper in the Seams of Salt are the reason for the distinctive rose-pink hue.

With this in mind, take advantage of the mineral taste of Himalayan salt.

By grinding it fresh at the table, as well as using it in all of your cooking. And in that case, you can Buy Pink Himalayan Salt Online!

What Is Pink Himalayan Salt?

Notably, the Pink Himalayan Salt has in its purest form the detox blocks. Helping draw out toxins and impurities from the body system. Furthermore, the salt is antimicrobial, antiseptic, hypoallergenic, and ionic.

In other words, the Pink Himalayan Salt is a type of rock salt from the Punjab region of Pakistan, near the foothills of the Himalayas. Not forgetting, the salt is chemically similar to table salt. It contains up to 98 percent sodium chloride. 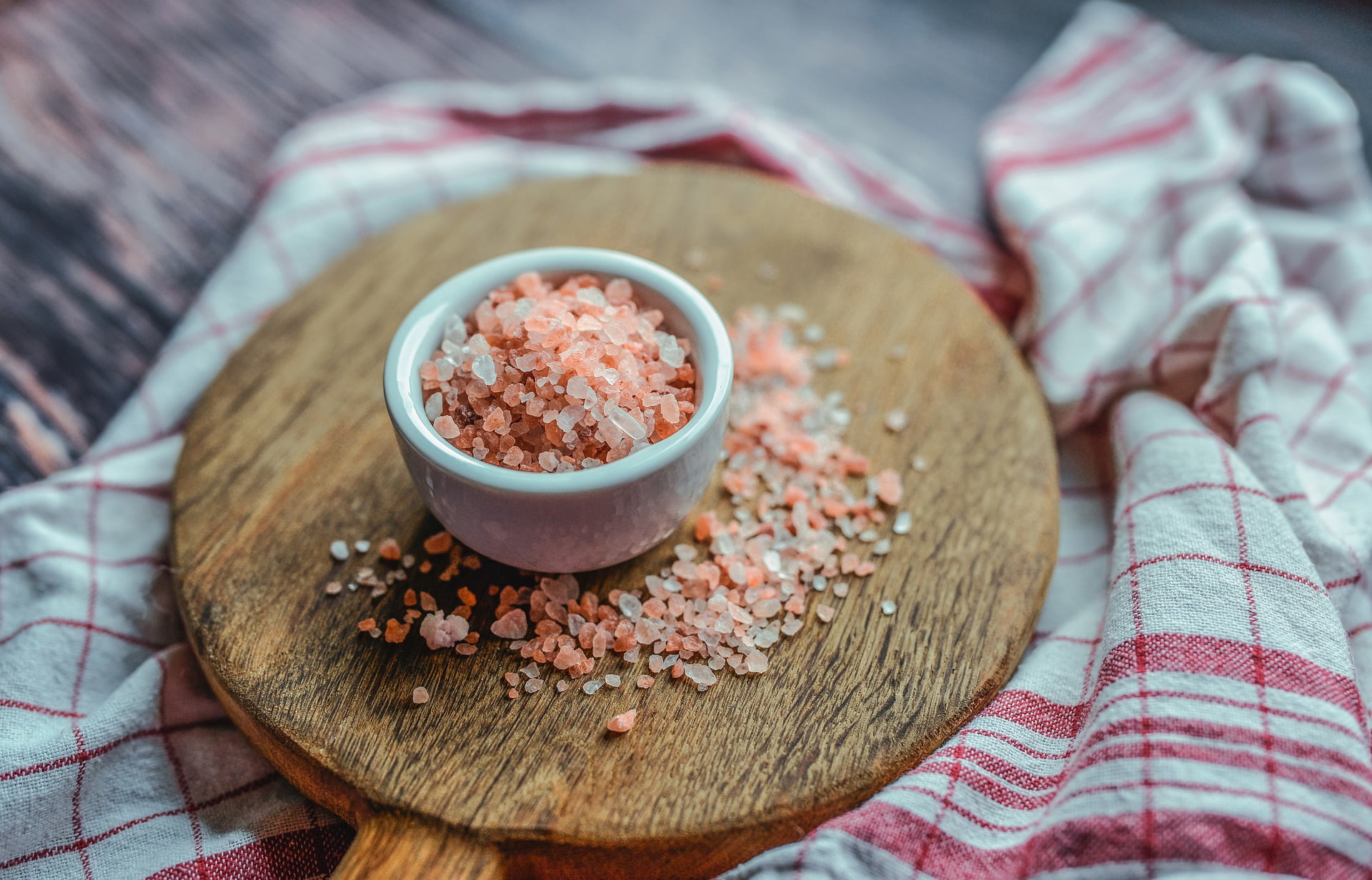 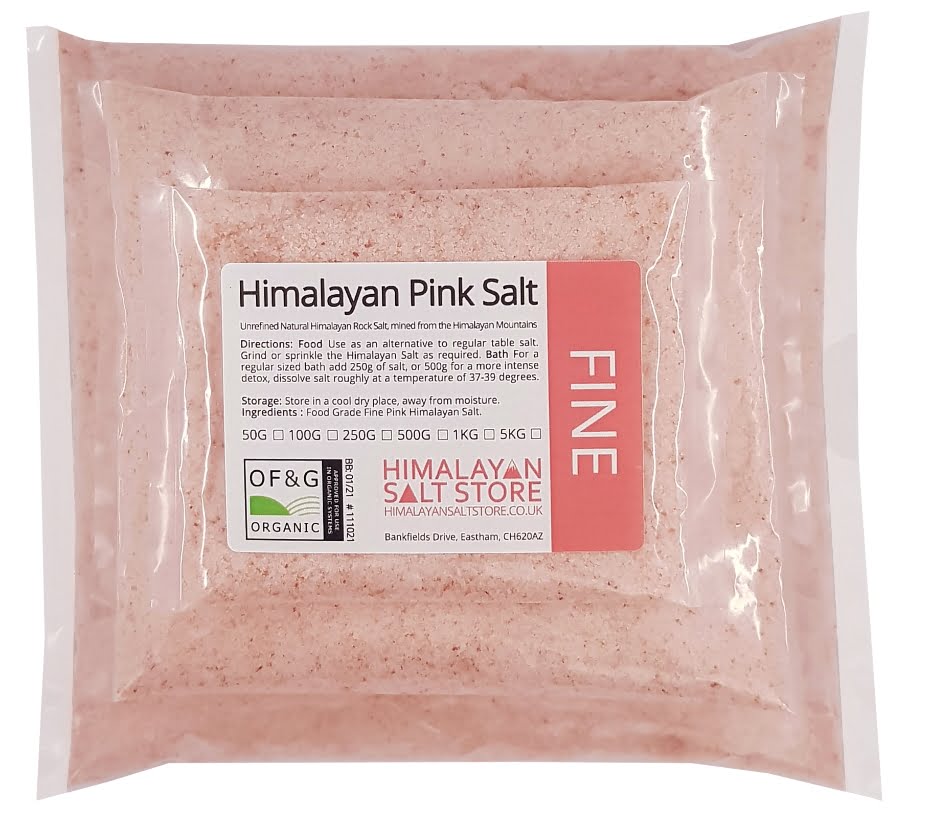 Whereby, Sodium is an essential trace mineral found in salt and the body needs this for a variety of functions.

It can also support:

To put it another way, recent research has suggested that eating salt can reduce the risk of infection and kill harmful bacteria.

One study on animals has also led researchers to infer that salt may have a positive effect on symptoms of depression.

In general, the Iodine found in salt supports the thyroid glands. Pink salt contains less iodine than table salt and is less suitable for people with iodine deficiency.

What are the Key Elements?

Replacing fine-grain table salt with crystals of pink Himalayan salt may help to reduce sodium intake, but, as with any other salt, be sure to enjoy it in moderation.

There are several claims about the health benefits associated with pink salt consumption. Some of these key elements include and not limited to:

Some sources say that pink Himalayan salt contains up to 84 different trace minerals.

As it contains up to 98 percent sodium chloride, this means that only around 2 percent is made up of these various trace minerals.

Given the relatively limited quantities in which people normally consume salt, and the tiny quantity of these minerals in the salt, they are unlikely to provide any measurable or significant health benefits.

Some people believe that pink Himalayan salt is lower in sodium than regular table salt. However, both types consist of approximately 98 percent of sodium chloride.

As pink salt often has larger crystals than table salt, it technically contains less sodium per teaspoon. It also has a saltier flavor than table salt, meaning that a person can use less salt in a serving to achieve the same taste.

However, pink salt is also available in a smaller granule size that more closely resembles regular salt. Consider this when seasoning food and measuring sodium intake.

The American Heart Association (AHA) advises that over 75 percent of sodium intake comes from the salt already present in processed and prepared foods. Table salt does not add the bulk of sodium content to a meal.

» A Block of Pink Himalayan Salt is More Natural

Some claim that Himalayan salt is more natural than table salt. This claim appears to have merit.

Table salt is usually heavily refined and mixed with anti-caking agents to prevent clumpings, such as sodium aluminosilicate or magnesium carbonate,

Himalayan salt is less artificial and does not usually contain additives.

How do I Detox with the Pink Himalayan Salt?

Some believe that adding a pinch of pink salt to meals or drinks can help the body achieve optimal fluid balance and prevent dehydration.

It is true that sodium is necessary to maintain proper fluid balance. However, this is true of sodium from other sources as well as pink Himalayan salt.

As can be seen, from the above review, the Pink Himalayan Salt Crystal contains the highest mineral content of any salt. For instance, with up to 84 trace minerals and elements and is renowned for its healing properties.

Whereby, the gentle pressure of these coarse crystals also stimulates foot reflexology points. In that case, with each block being 10″ long and 3.5″ wide and weighing about 3.5 lbs. Below is a simple step on how to use the salt for your detox plan.

Simply place each block in the microwave for about 1 minute and 30 seconds or oven at 250 degrees for about 7 minutes.

Be sure to touch the blocks to make sure that they are of a comfortable temperature before applying your feet, the general rule of thumb is that they are significantly warm, but not too hot to bear.

Place each foot on each block and sit with feet on blocks for at least 20 minutes. You may keep your feet on these blocks for up to an hour and reheat as needed. To clean, simply wipe down with a damp cloth.

These blocks will not only detoxify the body, but they will also soften the skin. And their warmth helps relieve stress and promotes relaxation after a long day. They have also been said to help with edema.

Is too much Pink Himalayan Salt risky?

Of course, bear the following points in mind if using the Table or Pink Himalayan Salt.

Iodine is a mineral that the body needs for maintaining proper thyroid function and cell metabolism. Great sources of iodine include fish, sea vegetables, dairy, and eggs, among other foods.

Iodized salt is another common source of this trace mineral. Approximately 75 percent of households in the United States use iodized salt.

Although pink Himalayan salt may naturally contain some iodine, it most likely contains less iodine than iodized salt.

Therefore, those who have iodine deficiency or are at risk of deficiency may need to source iodine elsewhere if using pink salt instead of table salt.

Those with kidney, heart, or liver issues, or people on a sodium-restricted diet, should monitor their sodium intake and limit their use of all salt, including pink Himalayan salt.

Even people in good health should monitor sodium intake. A 2016 report from the Centers for Disease Control and Prevention (CDC) states that over 90 percent of children and 89 percent of adults consume more than the recommended amount of sodium.

The 2015 to 2020 Dietary Guidelines for Americans recommend that people eat less than 2,300 milligrams (mg) of sodium daily. This equates to approximately 1 teaspoon of regular table salt per day.

Salt contains 40 percent sodium. When being conscious of sodium intake, it can be helpful to know how much sodium is in certain amounts of salt.

Certain quantities of salt contain the following amounts of sodium:

Most people consume much more than this putting their lives on stake.

When people take in more sodium than they need, their kidneys try to remove the excess through the urine. If the kidneys cannot remove enough sodium, it begins to build up in the fluid between cells, known as the interstitial fluid.

This causes both water volume and blood volume to increase, putting additional strain on the heart and blood vessels.

A number of serious health conditions are linked to high sodium intake, including:

Consuming too much salt might even contribute to autoimmune diseases. Such as multiple sclerosis, rheumatoid arthritis, lupus, and psoriasis, as it overstimulates the immune system.

Research from 2015 suggests a direct link between salt intake and obesity, with a 1-g-per-day increase in salt intake being linked to an increase of over 25 percent in the risk of obesity in both adults and children.

Finally, I hope the above-revised guide on the Pink Himalayan Salt benefits was useful to you.

But, if you’ll have additional contribution questions, suggestions, or even recommendations, please Contact Us or share in the comments box below this blog.

You may also look at;

Here is also The Ultimate Guide to Healing Osteoporosis Naturally.

10 Most Venomous Animals In The World

Coronavirus | Main Causes, Symptoms, Risks & Treatment
Scroll to Top
We use cookies to ensure that we give you the best experience on our website. I AcceptFind out more