Through Infrastructure-as-a-Service (IaaS), customers access resources and services through a Wide Area Network (in short WAN). Such as the internet, and can use the cloud provider’s services to install the remaining elements of an application stack.

In general, any cloud computing model requires the participation of a provider. The provider is often a third-party organization that specializes in selling IaaS. Amazon Web Services (AWS) and Google Cloud Platform (GCP) are examples of independent IaaS providers. 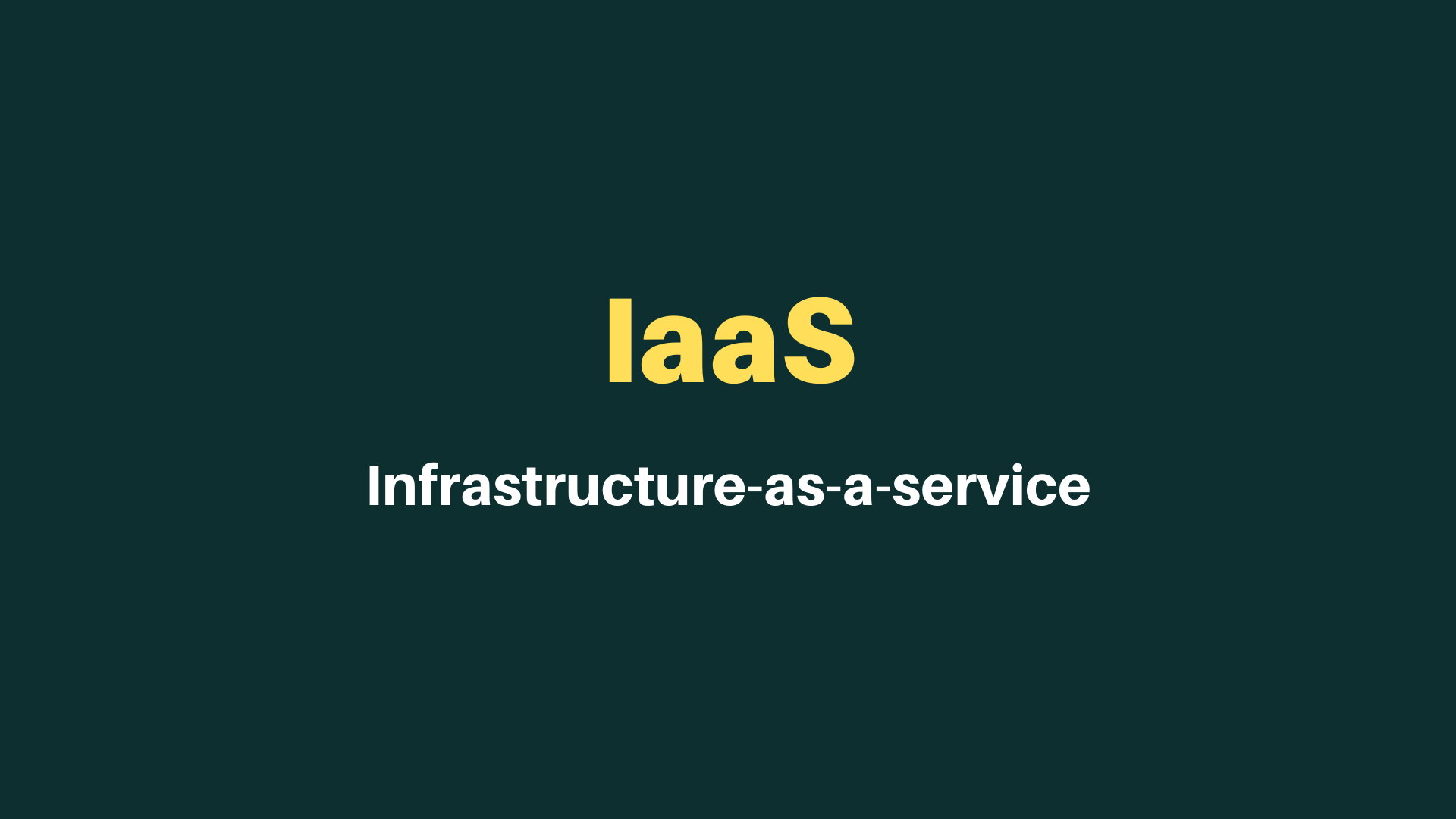 A business might also opt to deploy a private cloud, becoming its own provider of infrastructure services. And as an example, the user can log in to the Infrastructure-as-a-Service (IaaS) platform to do just so much.

Thereafter, customers can then use the provider’s services to;

What Is Infrastructure-as-a-Service (IaaS)?

Infrastructure-as-a-Service (IaaS), commonly referred to as simply “IaaS,” is a form of cloud computing that delivers very basic fundamentals. Like compute, network, and storage resources to consumers on-demand, over the internet, and on a pay-as-you-go basis. IaaS enables end-users to scale and shrink resources on an as-needed basis.

Whilst, reducing the need for high, up-front capital expenditures or unnecessary “owned” infrastructure, especially in the case of “spiky” workloads. In contrast to PaaS and SaaS (even newer computing models like containers and serverless), IaaS provides the lowest-level control of resources in the cloud.

In an Infrastructure-as-a-Service model, a cloud provider hosts the infrastructure components traditionally present in an on-premises data center.

Including servers, storage, and networking hardware. As well as the virtualization or hypervisor layer. Additionally, the IaaS provider also supplies a range of services to accompany those infrastructure components.

For example, a user can implement policies to drive load balancing to maintain application availability and performance.

IaaS vs SaaS vs PaaS

Below is the main difference between IaaS vs SaaS vs PaaS.

IaaS is only one of several cloud computing models, and it is complemented by alternative models that include PaaS and SaaS.

PaaS builds on the IaaS model because, in addition to the underlying infrastructure components, providers host, manage and offer operating systems, middleware, and other runtimes for cloud users. While PaaS simplifies workload deployment, it also restricts a business’s flexibility to create the environment that they want.

Users have some ability to configure the way that the application works and which users are authorized to use it, but the SaaS provider is responsible for everything else.

Of course, Yes! Organizations choose IaaS simply because it is often easier, faster, and more cost-efficient to operate a workload. Without having to buy, manage and support the underlying infrastructure. With IaaS, a business can simply rent or lease that infrastructure from another business.

IaaS is an effective model for workloads that are temporary, experimental, or that change unexpectedly. For example, if a business is developing a new software product, it might be more cost-effective to host and test the application using an IaaS provider.

Once the new software is tested and refined, the business can remove it from the IaaS environment for a more traditional, in-house deployment. Conversely, the business could commit that piece of software to a long-term IaaS deployment, where the costs of a long-term commitment may be less.

In general, IaaS customers pay on a per-user basis, typically by the hour, week, or month. Some IaaS providers also charge customers based on the amount of virtual machine space they use. This pay-as-you-go model eliminates the capital expense of deploying in-house hardware and software.

When a business cannot use third-party providers, a private cloud built on-premises can still offer the control and scalability of IaaS. Though the cost benefits no longer apply.

First, enterprises’ infrastructure management responsibilities change, depending on whether they choose an on-premises, IaaS, PaaS, or SaaS deployment. Despite its flexible, pay-as-you-go model, IaaS billing can be a problem for some businesses.

Secondly, cloud billing is extremely granular, and it is broken out to reflect the precise usage of services. It is common for users to experience sticker shock. Or finding costs to be higher than expected — when reviewing the bills for every resource and service involved in application deployment.

Users should monitor their IaaS environments and bills closely to understand how IaaS is being used and to avoid being charged for unauthorized services.

Then again, Insight is another common problem for IaaS users. Because IaaS providers own the infrastructure, the details of their infrastructure configuration and performance are rarely transparent to IaaS users. This lack of transparency can make systems management and monitoring more difficult for users.

IaaS users are also concerned about service resilience. The workload availability and performance are highly dependent on the provider. If an IaaS provider experiences network bottlenecks or any form of internal or external downtime, the users’ workloads will be affected.

In addition, because IaaS is a multi-tenant architecture, the noisy neighbor issue can negatively impact users’ workloads.

Important to realize, there are many examples of Infrastructure-as-a-Service (IaaS) vendors and products.
For instance, AWS Marketplace offers storage services such as Simple Storage Services (in short S3) and Glacier. As well as Compute services, including its Elastic Compute Cloud (in short EC2). While GCP offers storage and compute services through Google Compute Engine (in short GCE), as does Microsoft Azure. 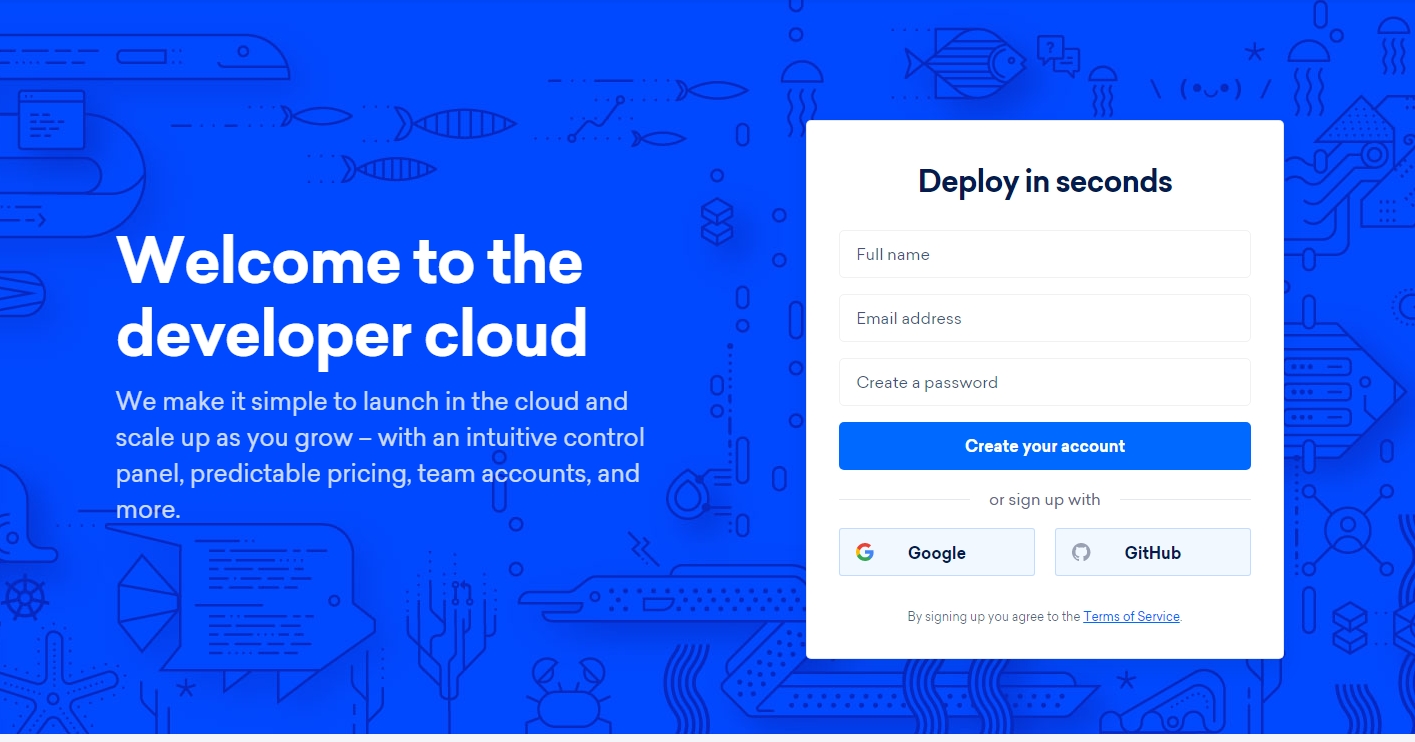 These are just a tiny sample of the broad range of services offered by major Infrastructure-as-a-Service (IaaS) providers. Not forgetting, services can include serverless computing functions such as;

Equally important, there are also many other smaller, or more niche players in the IaaS marketplace. Including Rackspace Managed Cloud, CenturyLink Cloud, DigitalOcean, and more.

Users will need to carefully consider the services, reliability, and costs before choosing a provider. And also, be ready to select an alternate provider and to redeploy to the alternate infrastructure if necessary. Having said that, I hope the above-revised guide on Infrastructure-as-a-Service (IaaS) was helpful.

But, if you’ll have some questions or additional comments, please Contact Us or leave them in the comments section below. You can also read and learn more about Platform-as-a-Service (PaaS) With Its Key Products & Vendors in detail.

Whew! If you've enjoyed our Weblog Content feel free to Subscribe to our Daily Newsletters and never miss anything from us Partnership:  Advertise  your Brand, Business, or Products through our Blogging Site starting from $100 for YouTube Ads, $75 for Banner Ads, $55 for Permanent Posts, $25 for Dofollow Links or ask for Guest Blogging through our Contact Form below
previousHealthy Eating Top Secrets To Keep Up With Your Busy Life
nextStreamYard | A Live Streaming Studio In Your Browser!