Before I looked into other advanced options, LiteSpeed Cache was a game-changer for me and I think it can be for you as well. LiteSpeed Cache offers so many optimization features and an unparalleled caching performance that it deserves to be looked at closely by anyone using WordPress. In this review, you will get to know exactly why I like it that much.

You’ll also learn how it is not just another of those WordPress caching and optimization plugins. By the way, if you thought LiteSpeed Cache is only for LiteSpeed web servers, you are simply wrong. Sure, it works the best with a LiteSpeed server because of its seamless caching integration. 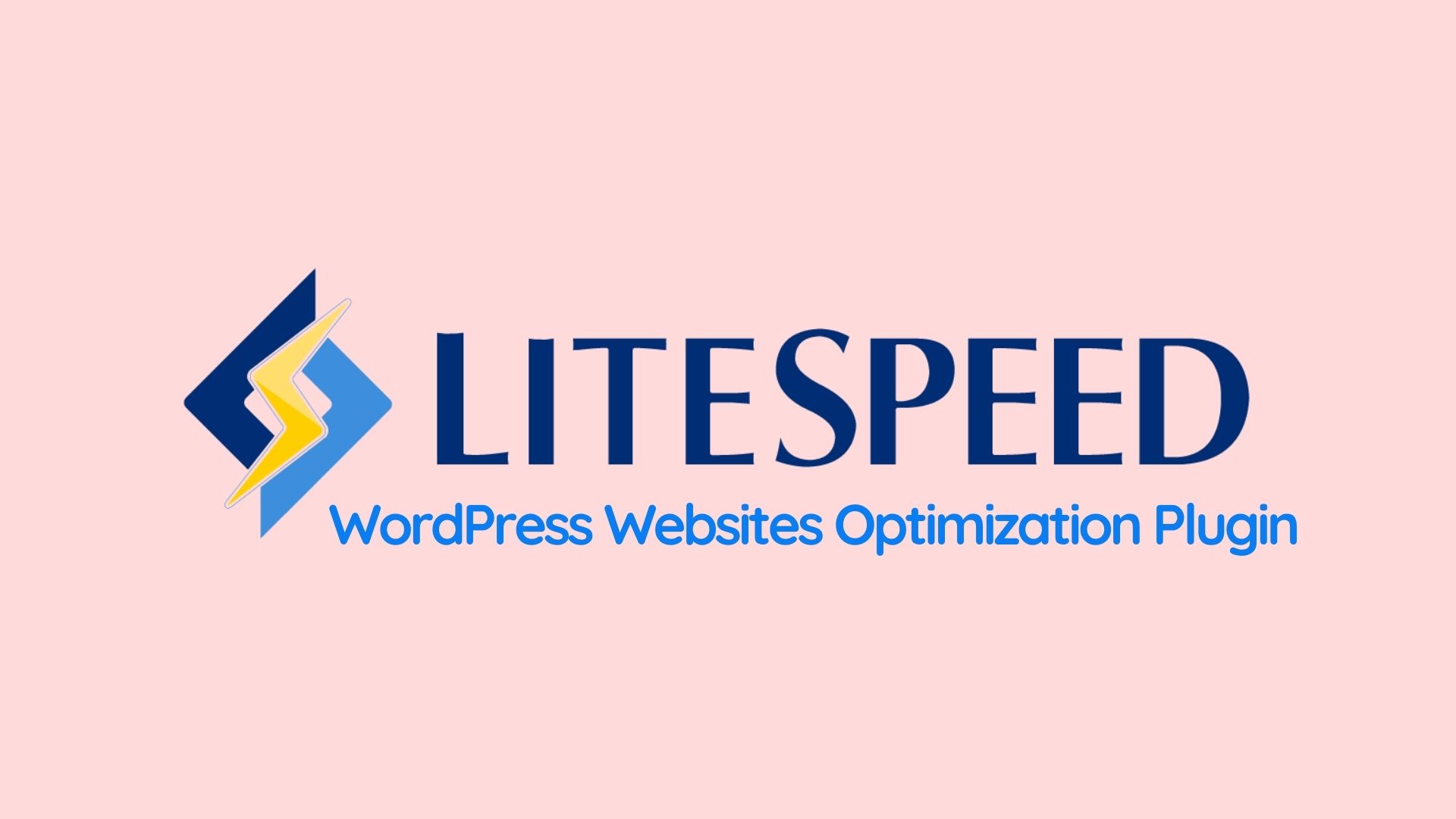 But, you can also use all other optimization features of this plugin on any server too. Such servers include the likes of Apache and NGINX. To make it even more appealing, it’s the only plugin that takes all the paid WordPress optimization features out there. And, as such, it makes them all available for free. So, what is it and how does it work?

What Is LiteSpeed Cache?

LiteSpeed Cache for WordPress (LSCWP) is an all-in-one site acceleration plugin, featuring an exclusive server-level cache and a collection of optimization features. LSCWP supports WordPress Multisite and is compatible with most popular plugins, including WooCommerce, bbPress, and Yoast SEO.

It’s an amazing caching and optimization plugin for platforms like WordPress, Magento, Joomla, OpenCart, Drupal, and some others. This plugin is intended to be a server-level caching plugin and is meant to work seamlessly with the LiteSpeed webserver.

Related: Why are HTTP status codes important for SEO?

However, you can get a similar configuration using FastCGI caching in NGINX. But, the convenience and performance you get with the LiteSpeed Cache and LiteSpeed server combo on WordPress are superior in every way. Of course, if you don’t know about the LiteSpeed webserver, it’s now considered to be the best web server available today for hosting websites.

Especially, if you are using a WordPress site, LiteSpeed is the most recommended one. It outperforms both its competitors Apache, and NGINX by a large margin. On a clear note, you can see the chart below, for instance, and how it compares the three key webservers.

Not only that, but LiteSpeed Cache also outperforms other WordPress caching plugins. In that case, let’s consider the following comparison chart:

Overall, in addition to caching, LiteSpeed Cache is a great optimization plugin. That does pretty much everything you would need to properly optimize your site for speed.

In fact, it is so good at optimization that this plugin alone may change your low Google PageSpeed Insights score to a very high score like in the 90s. Speaking of which you can read this best LiteSpeed Cache settings guide for WordPress to know how to properly set it up. More so, in order to get the most out of it without breaking your site.

Eventually, this greatly reduces page load time and server load. It also eliminates the extra reverse-proxy layer(s) required by add-on cache packages (such as Varnish). Whilst, providing faster, more efficient handling of static content in addition to its stellar handling of dynamic content.

Put another way, web apps have rules about what content may be cached, for how long it may be cached, and what events would cause a cache object to become stale. LSCache plugins are a way of communicating these web app rules to the Cache Engine. They also allow you to manage the cache in such a way that more objects may be stored for a longer period (with unparalleled accuracy).

LSCache plugins are available for many popular CMS:

Another reason to use this plugin is that the LiteSpeed Cache Engine can be controlled through rewrite rules in the .htaccess of a web app’s document root. So what do you gain by using an LSCache plugin? Well, the LSCache plugin bridges the knowledge gap between a web app and the Cache Engine.

Undoubtedly, LiteSpeed Cache is a feature-rich plugin that comes with a lot of customization options. And when you combine those two, you usually end up with a clunky interface. You’ll even drown in the ocean of too many options to fathom.

What I like most is what it has done with its user interface. For instance, they stripped down everything that could have been taken down without limiting the customization options. And then, they nicely put the rest of the things in a neat and organized fashion.

For sure, I really mean organized! So, as a beginner webmaster, you can get the hang of it really easily. Still, you are left with a lot of customization options in hand. These options may be all a pro user has always dreamed of. But for an average user, that’s a different story.

Related: What is Caching and its Benefits? How Cache really Works

Not forgetting, properly setting them up will require specialized knowledge. The good news is LiteSpeed Cache works out of the box without doing any setups. But, you’ll need to configure the plugin yourself if you want to go anywhere near the possibilities that the plugin offers.

Meaning, to get even better performance from your site, you’ll need to configure it properly as per your needs. Unfortunately, those many options even in such a neat package are still too much for an average user. Particularly, for optimization and caching plugins like LiteSpeed Cache.

Whereby, every on/off button needs to be properly thought out. That’s why such a convenient interface of LiteSpeed Cache still isn’t convenient enough for nearly everyone. For more guidelines, you can view detailed installation documentation for beginners.

Let’s look at some of its other Key Features

In reality, there isn’t any other WordPress caching and optimization plugin that can beat it so far. Perse, I am telling it out of my first-hand experience. Sure, you can name a few that do this and that. But, some of them offer a specific type of optimization with lots of customization options.

Let’s say, for example, the W3 Total Cache Plugin, where you’ll get total control over caching and some over HTML, CSS, and JS files. But, nothing for image or database optimization. On top of that, even a pro user will get bored with the number of settings they offer let alone an average user.

On the other side, there are other plugins that offer a lot of features with a lot of customization options too. But, in the end, they also don’t do a great job so they aren’t really considerable. While others also offer similar features as LiteSpeed Cache but don’t give much when it comes to customization options.

As an example, let’s also take WP Rocket as another good caching and optimization plugin. Well, it’s a very great optimization plugin and very beginner-friendly. In addition, it’ll even give you solid results from your WordPress site without even changing any settings.

Here is a breakdown of its key features:

Technically, LiteSpeed Cache also provides a lot of options to better optimize the downloading and loading of different resources like HTML, CSS, JS, and fonts. And, as such, you’ll get all the important controls over how these are done. So that you can optimize the way you want them to be.

Its Page Optimization Tools Include:

Lastly, the server-level caching feature in LiteSpeed Cache is also so superior to any other caching plugins. That alone tells a lot about it. So, with that in mind, you can also check out this LiteSpeed Cache best settings article to be able to properly configure all its options without missing out on any details.

Basically, if you are willing to spend some money on WordPress optimization, you will find a few plugins that provide all the necessary option features. But, if you are looking for a free option, LiteSpeed Cache is the only free plugin for you to consider.

Simply, because it comes with all those necessary optimization features. And even though it’s free, its optimization is very similar — if not better — to all those premium plugins. However, some of the features of this plugin come with a usage limitation.

Related: Why is WordPress Post Revisions important? How it works

And also, because the limitation only applies to Fast Queue and not Standard Queue. In nutshell, therefore, LiteSpeed Cache is really the only free WordPress optimization plugin with all the pro features. That said, what are you waiting for? Just go ahead and give it a try for free (download desktop files).

But, if you’ll need more support, you can Contact Us and let us know how we can help you. Likewise, feel free to share your additional opinion thoughts, suggestions, contributions, recommendations, or even questions in our comments section below.

NB: All bloggers can now join our Guests Posting Program for free. While marketers can Email Us Directly so as to Advertise their key Brand/Business/Products on our Blog Site Page from $150 for Web Videos, $70 for Banner Ads, $60 for Permanent Posts, $30 for Dofollow Links, and much more... But, all in all — whatever the reason — you can Contact Us for more help. Whew! If you've enjoyed our Weblog Content, you can Subscribe to our Daily Newsletters by mail — never miss a thing!
previousWhat Are Dietary Supplements? Their Benefits & Side Effects
nextHow Patreon Works | No #1 YouTubers Patronage Platform
Below are some Topmost Digital Services as well as Online Solution Gigs that all Web Business Masters will find resourceful