In that case, the implications will change virtually every aspect of our world. AI is rapidly spreading throughout civilization, where it has the promise of doing everything. From enabling autonomous vehicles to navigate the streets to making more accurate hurricane forecasts.

On an everyday level, AI figures out what ads to show you on the web, and powers those friendly chatbots that pop up when you visit an e-commerce website to answer your questions and provide customer service.

And AI-powered personal assistants in voice-activated smart home devices perform myriad tasks, from controlling our TVs and doorbells to answering trivia questions and helping us find our favorite songs.

It’s even more amazing, perhaps, that our existence is quietly being transformed. By a technology that many of us barely understand, if at all. Something so complex that even scientists have a tricky time explaining it.

“AI is a family of technologies that perform tasks that are thought to require intelligence if performed by humans,” explains Vasant Honavar. A professor and director of the Artificial Intelligence Research Laboratory at Penn State University.

“I say ‘thought,’ because nobody is really quite sure what intelligence is.” Honavar describes two main categories of intelligence. There’s;

Narrow Intelligence: Above all, which is achieving competence in a narrowly defined domain. Such as analyzing images from X-rays and MRI scans in radiology.

General intelligence: In contrast, it’s a more human-like ability to learn about anything and to talk about it. “A machine might be good at some diagnoses in radiology. But, if you ask it about baseball, it would be clueless,” Honavar explains. Humans’ intellectual versatility “is still beyond the reach of AI at this point.”

The Basics of How Artificial Intelligence Works

According to Honavar, there are two key pieces to AI. One of them is the engineering part — that is, building tools that utilize intelligence in some way. The other is the science of intelligence.

Or rather, how to enable a machine to come up with a result comparable to what a human brain would come up with. Even if the machine achieves it through a very different process.

To use an analogy, “birds fly and airplanes fly, but they fly in completely different ways,” Honavar. “Even so, they both make use of aerodynamics and physics. In the same way, artificial intelligence is based upon the notion that there are general principles about how intelligent systems behave.”

How the AI Brain works

AI is “basically the results of our attempt to understand and emulate the way that the brain works and the application of this to giving brain-like functions to otherwise autonomous systems (e.g., drones, robots, and agents),” Kurt Cagle, a writer, data scientist, and futurist.

How the AI Graph Network works

And while humans don’t really think like computers, which utilize circuits, semi-conductors and magnetic media instead of biological cells to store information, there are some intriguing parallels.

“One thing we’re beginning to discover is that graph networks are really interesting when you start talking about billions of nodes, and the brain is essentially a graph network. 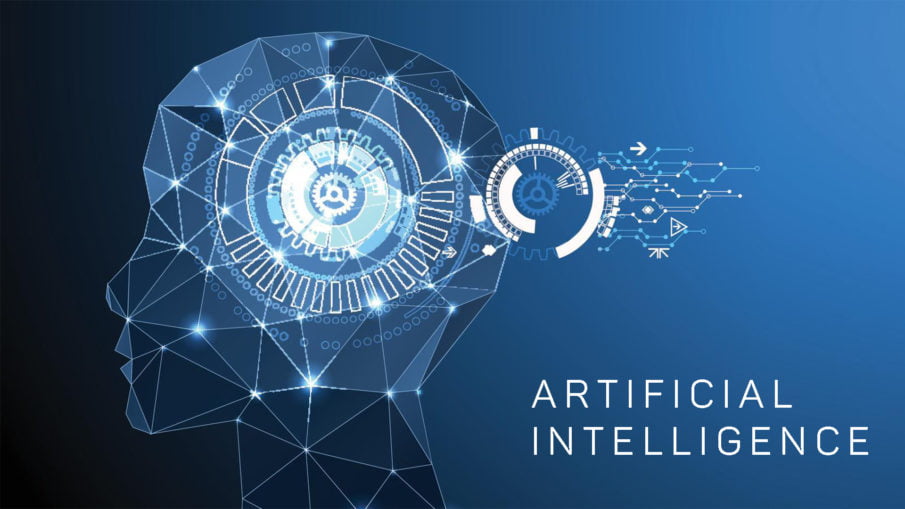 Albeit one where you can control the strengths of processes by varying the resistance of neurons before a capacitive spark fires,” Cagle explains. “A single neuron by itself gives you a very limited amount of information. But eventually, it fires enough neurons of varying strengths together.

And in the end, you end up with a pattern that gets fired only in response to certain kinds of stimuli, typically modulated electrical signals through the DSPs [that is digital signal processing] that we call our retina and cochlea.”

How the AI Domain works

“Most applications of AI have been in domains with large amounts of data,” Honavar says.

AI works by combining large amounts of data with intelligent algorithms — series of instructions — that allow the software to learn from patterns and features of the data, as this SAS primer on artificial intelligence explains.

In simulating the way a brain works, AI utilizes a bunch of different subfields, as the SAS primer notes.

Examples of How Artificial Intelligence Works

The concept of AI dates back to the 1940s, and the term “artificial intelligence” was introduced at a 1956 conference at Dartmouth College. 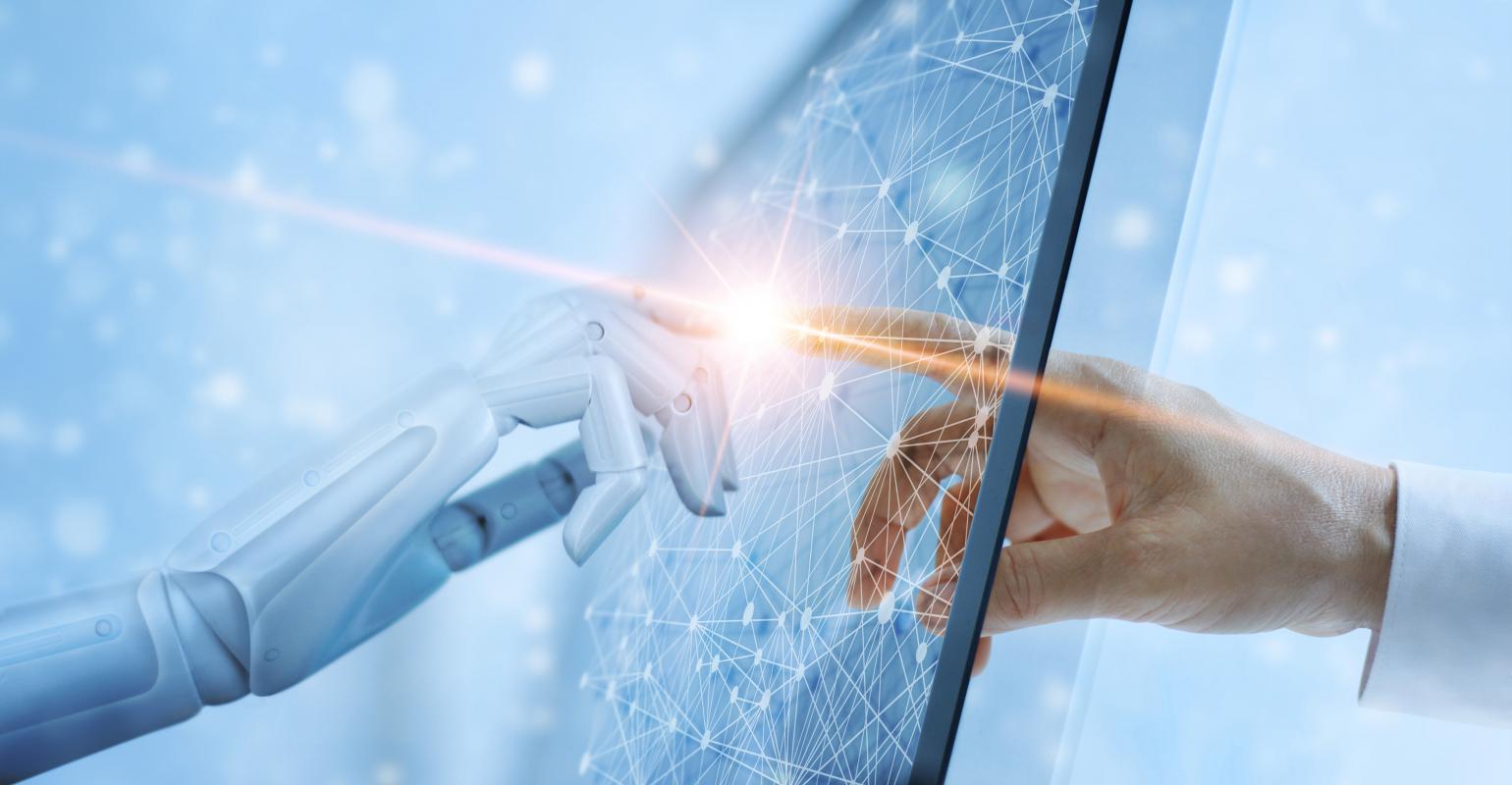 But it wasn’t until the mid-1980s that the second wave of more complex, multilayer neural networks were developed. Particularly, to tackle higher-level tasks, according to Honavar. In the early 1990s, another breakthrough enabled AI to generalize beyond the training experience.

In the 1990s and 2000s, other technological innovations — the web and increasingly powerful computers — helped accelerate the development of AI. “With the advent of the web, large amounts of data became available in digital form,” Honavar says.

“Genome sequencing and other projects started generating massive amounts of data, and advances in computing made it possible to store and access this data. We could train machines to do more complex tasks. You couldn’t have had a deep learning model 30 years ago, because you didn’t have the data and the computing power.”

AI is different from but related to, robotics. In which machines sense their environment, perform calculations and do physical tasks. Either by themselves or under the direction of people, from factory work and cooking to landing on other planets. Honavar says that the two fields intersect in many ways.

“You can imagine robotics without much intelligence, purely mechanical devices like automated looms,” Honavar says. “There are examples of robots that are not intelligent in a significant way.”

Conversely, there’s robotics where intelligence is an integral part. Such as guiding an autonomous vehicle around streets full of human-driven cars and pedestrians.

“To understand what it means to throw a ball, you have to be able to throw a ball.” AI quietly has become so ubiquitous that it’s already found in many consumer products.

“A huge number of devices that fall within the Internet of Things (IoT) space readily use some kind of self-reinforcing AI, albeit very specialized AI,” Cagle says. “Cruise control was an early AI and is far more sophisticated when it works than most people realize. Noise dampening headphones.

Anything that has a speech recognition capability, such as most contemporary television remotes. Social media filters. Spam filters. If you expand AI to cover machine learning, this would also include spell checkers.

As well as, text-recommendation systems, really any recommendation system, washers, and dryers, microwaves, dishwashers. And really most home electronics produced after 2017, speakers, and televisions. As well as, anti-lock braking systems, any electric vehicle, modern CCTV cameras. Most games use AI networks at many different levels.”

AI already can outperform humans in some narrow domains. For example, just as “airplanes can fly longer distances, and carry more people than a bird could,” Honavar says.

AI, for example, is capable of processing millions of social media network interactions. Gaining insights that can influence users’ behavior — an ability that the AI expert worries may have “not so good consequences.”

It’s particularly good at making sense of massive amounts of information that would overwhelm a human brain. That capability enables internet companies, for example, to analyze the mountains of data that they collect. Especially, about users and employee insights in various ways to influence our behavior.

But AI hasn’t made as much progress so far in replicating human creativity, Honavar notes, though the technology already is being utilized to compose music and write news articles based on data from financial reports and election returns.

Given AI’s potential to do tasks that used to require humans, it’s easy to fear that its spread could put most of us out of work. But some experts envision that while the combination of AI and robotics could eliminate some positions, it will create even more new jobs for tech-savvy workers.

“Those most at risk are those doing routine and repetitive tasks in retail, finance, and manufacturing,” Darrell West, a vice president, and founding director of the Center for Technology Innovation at the Brookings Institution, a Washington-based public policy organization, explains in an email.

“But, white-collar jobs in health care will also be affected and there will be an increase in job churn. With people moving more frequently from job to job. New jobs will be created but many people will not have the skills needed for those positions.

So, the risk is a job mismatch that leaves people behind in the transition to a digital economy. Countries will have to invest more money in job retraining and workforce development as technology spreads. There will need to be lifelong learning so that people regularly can upgrade their job skills.”

Inventor and futurist Ray Kurzweil has predicted that by the 2030s, AI has achieved human levels of intelligence.

And that it will be possible to have AI that goes inside the human brain. Boosting memory, turning users into human-machine hybrids. As Kurzweil has described it, “We’re going to expand our minds and exemplify these artistic qualities that we value.”

Through a phenomenon that is known as the AI effect. A quip in Tesler’s Theorem says “AI is whatever hasn’t been done yet.” For instance, optical character recognition is frequently excluded from things considered to be AI. In particular, it has become a routine technology.

In addition to competing at the highest level in strategic game systems. Such as chess and Go, autonomously operating cars, and intelligent routing in content delivery networks and military simulations.

Finally, I hope the above-revised guide on How Artificial Intelligence Works was useful to you.

However, for more details, information, and questions, please feel free to Contact Us or  Submit to the jmexclusives.

In addition, you can leave your contributions through the Comment Box below this Blog. Below are more useful and related topics to your selling products online research.

You enjoyed reading this Blog Post, right? Well, Subscribe to our Free Newsletters Daily and never miss a thing from us:
previousLaunching Products Online | 10 Most Effective Strategies
nextHow Does Facebook Page Work? | A Step-by-step Guideline