One thing for sure, while the world was still trying to recuperate from the death of Sridevi and Stephen Hawking, reports of Swedish musician and DJ Avicii – (aka Tim Bergling death) also surfaced.

Whereby, the news of his death knocked everyone to the ground with disbelief. And as everyone’s attention was twisted towards the death of Avicii, not many paid much attention to that of Stephen Hawking.

But as can be seen, through their tragic death, life is highly unpredictable. And no matter how many elaborate plans we make about the future, no one truly knows what is coming next. Otherwise, the sudden and untimely death of some prominent personalities only proves the same.

As an extremely famous DJ and record producer, for example, Avicii earned a huge amount of money from his profession. By the time of his untimely death, he had a net worth of $85 million. But where would such a fortune go? Only God knows!

The news of these world celebrities death knocked everyone to the ground with disbelief. But, let’s leave that to the Almighty whom to thee belongs and shall return. Let’s celebrate life while we still can. And applaud those who have made the unimaginable life worth living.

With this in mind, that’s why today at jmexclusives, we do celebrate Stephen and forthwith, those who have left us.

Who was Stephen Hawking?

Stephen Hawking was a scientist known for his work with black holes and relativity and the author of popular science books like ‘A Brief History of Time.’ And as a British scientist, professor, and author he performed groundbreaking work in physics and cosmology. His scientific and research books helped to make science accessible to everyone.

Hawking was born on January 8, 1942, in Oxford, England to Frank Hawking and Isobel Hawking. His birthday was also the 300th anniversary of the death of Galileo — long a source of pride for the noted physicist. And being the eldest of four children, he was born into a family of thinkers.

His Scottish mother earned her way into Oxford University in the 1930s — a time when few women were able to go to college. While his father, another Oxford graduate, was a respected medical researcher with a specialty in tropical diseases.

Hawking’s birth came at an inopportune time for his parents, who didn’t have much money. Already, the political climate was also tense, as England was dealing with World War II. As well as the onslaught of German bombs in London. Where the couple was living as Frank Hawking undertook research in medicine.

Where did Stephen Hawking study?

Hawking entered University College at the University of Oxford at the age of 17. Although he expressed a desire to study mathematics, Oxford didn’t offer a degree in that specialty. So he had no other choice but to gravitate towards physics – and, more specifically, cosmology.

While recognized as bright, early in his academic life, Hawking, was not an exceptional student. During his first year at St. Albans School, he was third from the bottom of his class. But he focused on pursuits outside of school.

Surprisingly, he loved board games, and he and a few close friends created new games of their own. And during his teenage, along with several friends, they constructed a computer out of recycled parts. Particularly for solving rudimentary mathematical equations.

Read also; What is a Black Hole? Everything you Should Know About it

As a matter of fact, by his own account, Hawking didn’t put much time into his studies. He would later calculate that he averaged about an hour a day focusing on school. And yet he didn’t really have to do much more than that.

In 1962, he graduated with honors in natural science and went on to attend Trinity Hall at the University of Cambridge for a PhD. in cosmology. Also, in 1968, Hawking became a member of the Institute of Astronomy in Cambridge.

The next few years were a fruitful time for Hawking and his research. In 1973, he published his first, highly-technical book, The Large Scale Structure of Space-Time, with G.F.R. Ellis.

Why — ‘Disability is not Inability’

In reality, Hawking had a rare early-onset slow-progressing form of motor neuron disease (in short MND). Also known as amyotrophic lateral sclerosis (in short ALS), or even rather, Lou Gehrig’s disease. A fatal neurodegenerative disease that results in the death of motor neurons in the brain and spinal cord.

This disease gradually paralyzed him over a few decades. And during his final years at Oxford, he experienced increasing clumsiness. Including a fall on some stairs and difficulties when rowing. The problems worsened, and his speech became slightly slurred.

Even his family noticed the changes when he returned home for Christmas. And that’s when medical investigations were begun. The MND diagnosis came when Hawking was 21, in 1963. At the time, doctors gave him a life expectancy of two years.

Be that as it may, over the years, he wrote and/or co-wrote a total of 15 books. A few of the most noteworthy include:

‘A Brief History of Time’ — Publication

In 1988 Hawking catapulted to international prominence with the publication of A Brief History of Time. The short, informative book became an account of cosmology for the masses and offered an overview of space and time, the existence of God, and the future.

The work was an instant success, spending more than four years atop the London Sunday Times’ best-seller list. Since its publication, it has sold millions of copies worldwide and been translated into more than 40 languages.

A Brief History of Time also wasn’t as easy to understand as some had hoped. So in 2001, Hawking followed up his book with The Universe in a Nutshell, which offered a more illustrated guide to cosmology’s big theories.

Starting in the 1990s, Hawking accepted the mantle of role model for disabled people, lecturing and participating in fundraising activities. At the turn of the century, he and eleven other luminaries signed the Charter for the Third Millennium on Disability.

A charter which called on governments to prevent disability and protect the rights of the disabled. In 1999, Hawking was awarded the Julius Edgar Lilienfeld Prize of the American Physical Society.

Unfortunately, in 1990, he left his wife Jane for one of his nurses, Elaine Mason, and the two were married in 1995. However, the marriage put a strain on Hawking’s relationship with his own children, who claimed Elaine closed off their father from them.

In 2003, nurses looking after Hawking reported their growing suspicions to police. That Elaine was physically abusing her husband. But, Hawking denied the allegations, and the police investigation was called off.

Later on, in 2006, Hawking and Elaine filed for divorce. And in the following years, the physicist reportedly grew closer to his family. He reconciled with Jane, who had remarried. And he published five science-themed novels for children with his daughter, Lucy.

How did Stephen Hawking talk?

By the mid-1970s, the Hawking family had taken in one of Hawking’s graduate students to help manage his care and work. He could still feed himself and get out of bed, but virtually everything else required assistance. In addition, his speech had become increasingly slurred, so that only those who knew him well could understand him.

In 1985 he lost his voice for good following a tracheotomy. The resulting situation required 24-hour nursing care for the acclaimed physicist. It also put in peril Hawking’s ability to do his work. The predicament caught the attention of a California computer programmer, who had developed a speaking program that could be directed by the head or eye movement.

The invention allowed Hawking to select words on a computer screen that were then passed through a speech synthesizer. At the time of its introduction, Hawking, who still had use of his fingers, selected his words with a handheld clicker. Eventually, with virtually all control of his body gone, Hawking directed the program through a cheek muscle attached to a sensor.

Through the program, and the help of assistants, Hawking continued to write at a prolific rate. His work included numerous scientific papers, of course, but also information for the non-scientific community.

Everyone wants to be remembered in history – Right? So, when history looks back on Stephen Hawking, it will remember him as one of the greatest minds of modern times. Like Isaac Newton is remembered for discovering gravity. Or even so, like Albert Einstein is remembered for the theory of relativity.

In the ten years since the publication of A Brief History of Time in 1988, Stephen’s classic work has become a landmark volume in scientific writing. With more than nine million copies in forty languages sold worldwide. That edition was on the cutting edge of what was then known about the origins and nature of the universe.

Read also; Stephen Hawking Was a Genius Who Could Laugh at Himself

Equally important, the intervening years have seen extraordinary advances in the technology of observing both the micro- and the macrocosmic worlds. These observations have confirmed many of Professor Hawking’s theoretical predictions in the first edition of his book. Including the recent discoveries of the Cosmic Background Explorer Satellite (in short COBE).

COBE probed back in time to within 300,000 years of the universe’s beginning. Revealing wrinkles in the fabric of space-time that he had projected. More so, school-going kids will be taught that Hawking was the physicist who discovered more about the Black Hole than anyone else.

In short, his life was anything but ordinary with his study of the universe that spanned cultures. And his deep knowledge and appeal to people made him influential and lovable. The 76-year-old theoretical physicist and cosmologist died Wednesday, 55 years after he was diagnosed with a form of amyotrophic lateral sclerosis (ALS)

You can buy a copy of ‘A Brief History of Time‘ – by the Author Stephen Hawking from Amazon and get to learn more about his work. 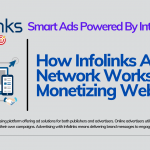