Which Burger Is Healthy for You? 8 Types In Topmost List

So, have you banished burger from your diet because you thought it didn’t fit in with your weight-loss plan? It’s time to stop flipping burgers off— unless we’re talking about moving them from the grill all together. In my own opinion, a plant-based burger is not an all-rounded novel concept.

Each day, new products designed to taste like meat are now being marketed to vegetarians and meat-eaters alike. The Impossible Burger and Beyond Burger are two such options. And in reality, eating such burgers is touted as a strategy to save the earth. While casting meat as a prehistoric concept. 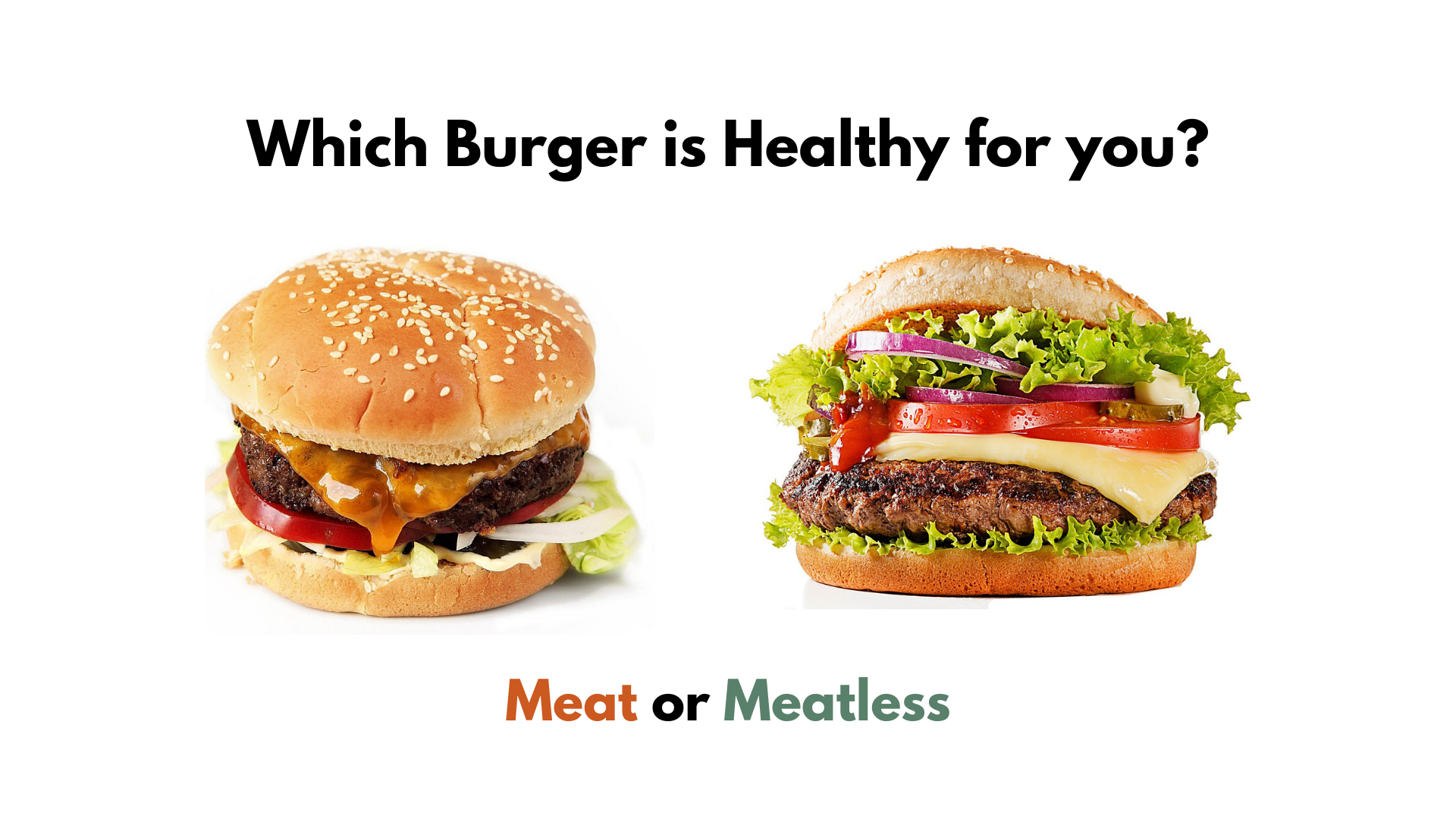 Both brands also offer up their products as nutritious alternatives to animal protein. But, how do they stack up? It turns out the answer may depend on whether your priorities lie with your personal health or the health of the planet.

When shoppers scour the freezer section for the perfect veggie burger, they’re often looking for an adequate amount of both satiating fiber and protein. After all, sometimes swapping a regular beef burger for a plant-based patty means you’re willing to compromise flavor for nutrition.

What is a Burger?

In its purest form, a burger is a patty sandwiched between a bun and topped with condiments. When they’re on their best behavior, those patties are gingerly placed between a whole-grain bun (or a makeshift lettuce bun). And then generously topped with veggies like tomatoes and onions.

But when burgers behave badly, they’re dripping in grease and gussied up with caloric extras like bacon and mayo. Oof! Can you blame us for throwing major shade at the worst food in the world, the Reeses’ Peanut Butter Cup-stuffed burger? 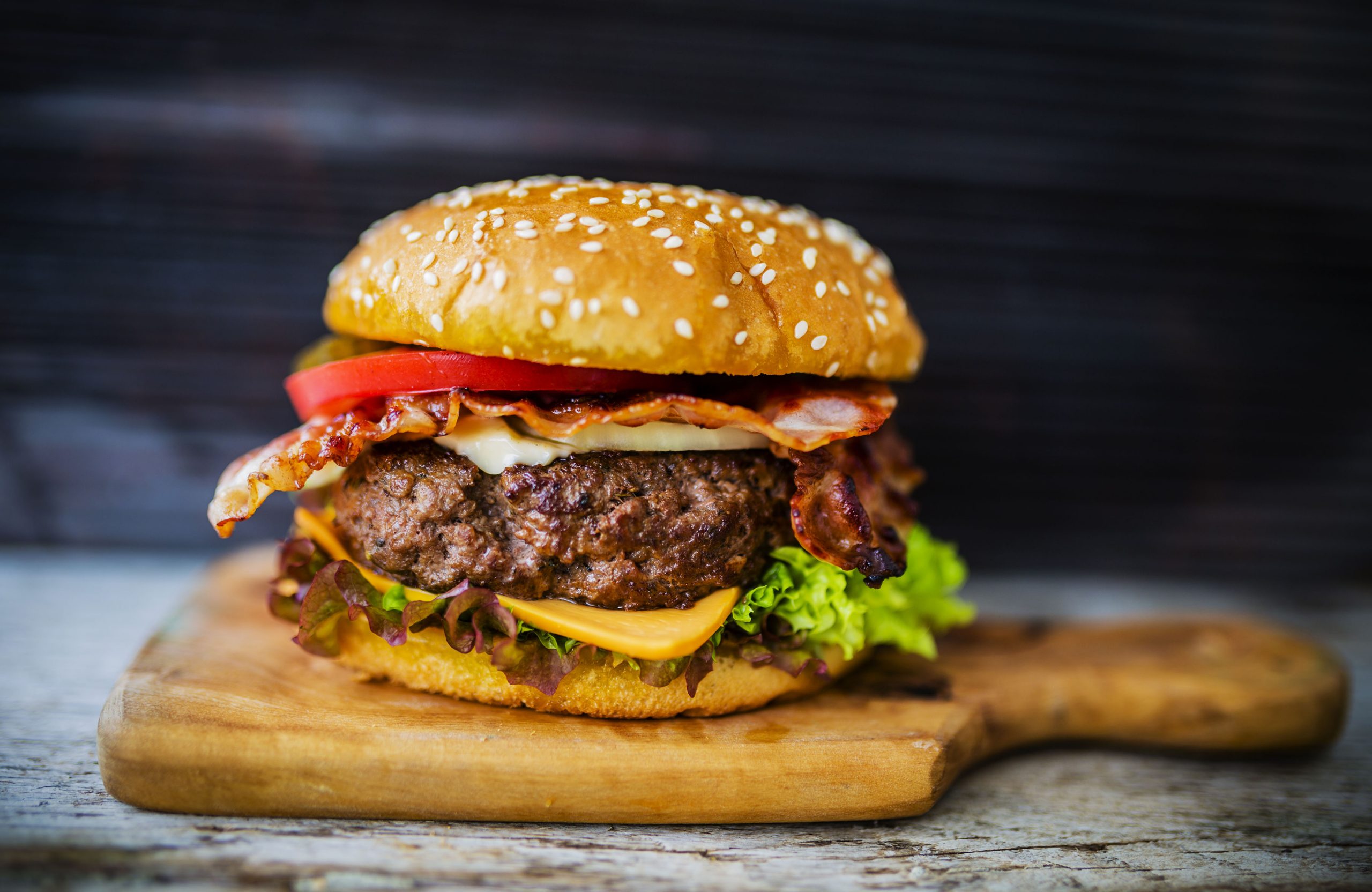 My point is that burgers can be as healthy as you’re willing to make them. Particularly when you’re open to re-imagining the patties and their supporting cast of buns and condiments. But in general, we know that even a basic order can make you wonder which one to choose.

That’s why your best burger options were ranked in this article. In stacking these up, I have certainly taken into consideration just how likely you are to bury them in high-calorie extras.

Be warned, though, that I can’t guarantee a veggie burger from a fast food joint will be better for you than a grass-fed beef burger at a gourmet restaurant. But, if all things were equal and you’re only looking at the menu at one establishment, this list is a good place to start in terms of your healthiest options.

Which is the Best Burger?

The good news is that; meatless burgers are a good source of protein, vitamins, and minerals. But, are vegan and vegetarian patties from Beyond Meat, Amy’s Kitchen, or Impossible Foods better than the real deal?

First of all, the protein content of these newer plant-based burgers has been created to compete with beef and poultry gram for gram. Both the Impossible Burger and Beyond Burger have comparable amounts. With the former deriving protein mainly from soy and the later from peas and mung beans.

Below is a video tutorial guide on how to make the perfect burger in simple steps. 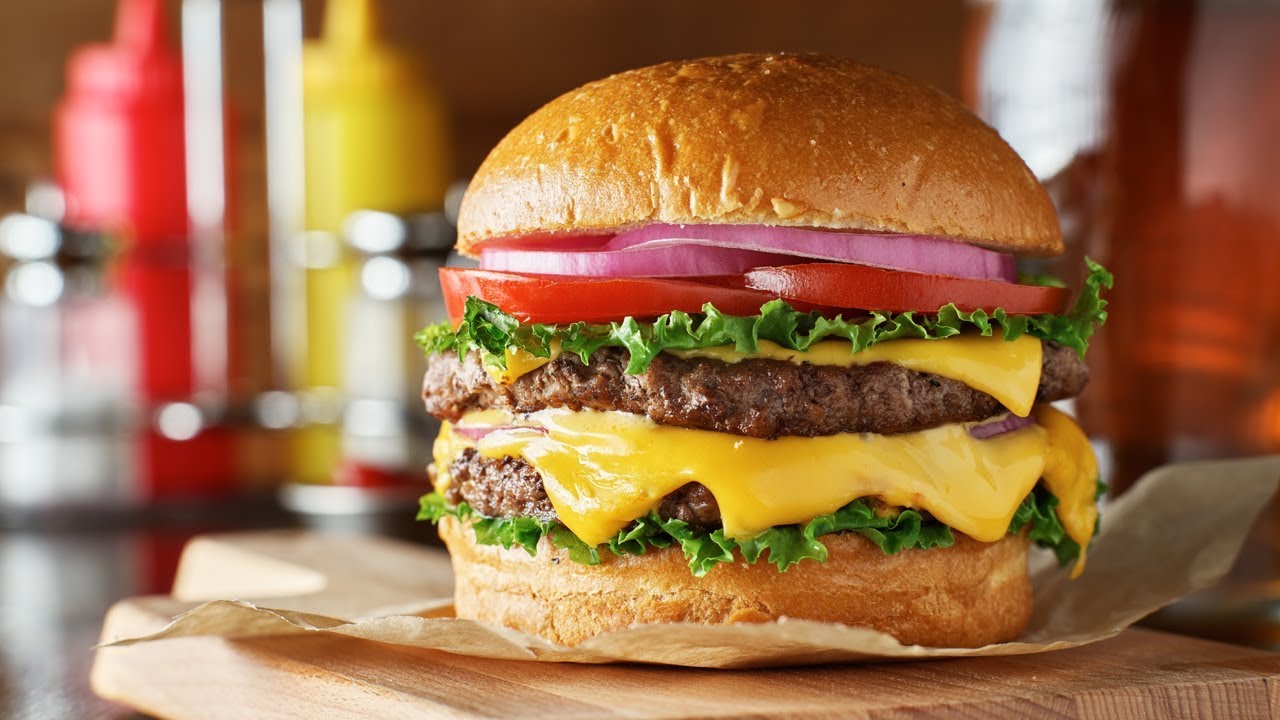 The Impossible Burger also adds vitamins and minerals found in animal proteins — like Vitamin B12 and Zinc — in amounts equal to (and in some cases, greater than) both red meat and poultry.

This is a plus for vegetarians because these nutrients are typically harder to come by when relying solely on foods from the plant kingdom. Vitamin B12, for instance, is found primarily in animal sources. However, strict vegetarians and vegans must get their intake from fortified sources.

Read Also: Why are they called Hamburgers if there’s no Ham in them?

What’s more, plant compounds such as phytic acid blend so well with minerals. In that case, this can increase the requirements of zinc by 50% and may necessitate consuming about two times as much iron. And for those who eat at least some animal protein, the vitamin and mineral fortification is less of a selling point.

This doesn’t mean a plant-focused diet is lacking in nutrients. Beans, for instance, are a good source of both zinc and iron. They are also an important protein resource. Black bean burgers are never going to be mistaken for hamburgers, but they are typically a solid choice when it comes to health.

You should take the Meatless Burger moderately

The Bad News is that Meatless Burgers are high in saturated fat & heavily processed. Of course, the same can’t necessarily be said of the aforementioned beef substitutes.

Now that these substitutes have been created to mimic what many people love about a burger — the red juicy center and meaty taste. Along with the ambition to replicate hamburgers comes a comparable amount of saturated fat.

Since diets higher in saturated fat are associated with increased rates of both heart disease and premature death, they may not be the type to opt for. Especially if your ambitions are purely health-related. They are also a significant source of sodium, particularly for those on salt-restricted diets.

In other words, while meatless burgers are technically made of vegetables, for the sake of clarity, we avoid calling them veggie burgers. Since there are popular meat substitutes and ingredients used. Including soy or pea protein, coconut oil, rice or potato starch, and more to make their burgers. 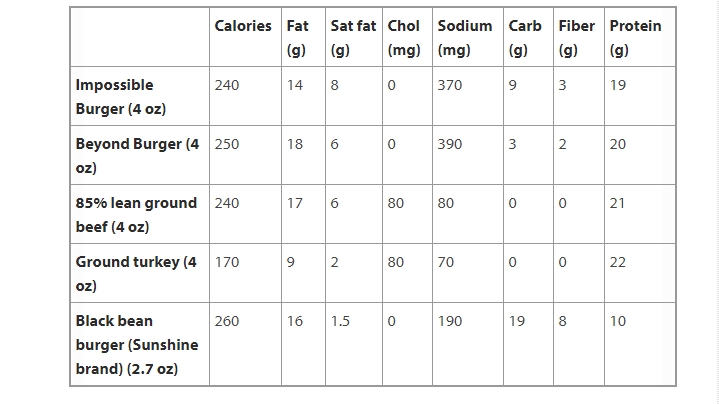 Even though legumes are sourced for protein in the branded meatless options, their health benefits are somewhat blunted by the high degree of processing involved.

For instance, moderate amounts of whole soy foods, like edamame (soybeans), have been linked to reduced rates of cancer. This protection is often attributed to isoflavones, a subgroup of plant compounds called flavonoids thought to provide health benefits.

Unfortunately, in the case of the Impossible Burger, one serving contains less than 8% of the isoflavones found in one serving of whole soy foods. One serving is roughly a quarter of a block of tofu or 1 cup of soymilk.

What about a Poultry-based Burger?

Poultry-based burger alternatives, such as turkey burgers, also do not contain significant amounts of protective plant compounds. On the other hand, they offer less saturated fat.

If a lower risk of diseases like cancer and heart disease is your ultimate goal, aim for the kind of special veggie burgers. That showcase their beans, grains, and seeds front and center.

Choose legume-based varieties studded with seeds and whole grains, like brown rice and quinoa. And on that note, here’s The Best Veggie Burger Recipe (Better Than Store-bought).

To get specific about burgers from your favorite restaurants, don’t miss to see the report on the 40 Popular Burgers—Ranked!

It’s clear to say, that meatless burgers are good for the planet, but not always good for our health. If you love the taste of a burger, but find the sustainability of raising cattle hard to stomach, you now have an option. And that’s the beefless alternatives that mimic the real thing and are worth a try.

As a matter of fact, producing the newer, plant-based burgers requires considerably less water. In addition to that, it also generates substantially less greenhouse gas emissions compared with traditional beef burgers. Certainly, this is an important consideration for the well-being of our planet.

But, they may not be the best option for the health of our bodies. That’s why you need to incorporate your diet plans with other substantial sources. Like those of other important supplements, compounds, nutrients, vitamins, etc.

To help kickstart your veggie-centered diet, convert a carnivore, or save the planet (hey, 460 gallons of water are required to produce a ¼ pound of beef).

A Recipe Guide From The Worcestershire Burger

Easy comfort food, the loaded burger ideas are great for a weekend treat or as a midweek meal. From raclette burgers to lighter Asian and veggie options.

There is this quick and simple Worcestershire Burger recipe that is sure to impress even the pickiest of carnivores. Why not give it a try here! You can also see the other 29 burger recipes in this article.

Not forgetting, some of the most popular meatless burgers in the supermarket were rounded up. Then graded based on nutrition, ingredients, appearance/texture, and taste. A taste-test of the top-selling veggie burgers was also done — and these are the best veggie burgers.

Finally, it’s my hope that the above-revised guide was helpful to you. For more additional thoughts, information, or suggestions, feel free to Contact Us or even share them in the comments box.

Please, don’t forget that you too can donate to support our blog articles research work and other ongoing projects here.

NB: Any interested blogger can now join our Posting Program for free. While content marketers should Mail Us Direct so as to Advertise through Banner Ads starting at $75, Blog Posts at $55, DF Links at $35, or just Consult Us to ask for our help.
previousGoogle Brillo OS | The Futuristic Android Things Console
nextInternet of Things (IoT) | What Is It With Key Example Uses?
NB: Below are free Featured Service Gigs from the topmost Best Solution Freelancers that you can bid now and hire now 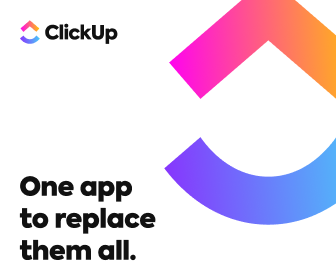