What Is DuckDuckGo? Everything You Should Know About It

Did you know that; apart from Google, you can also get acquainted with DuckDuckGo? Furthermore, What was the last thing you searched for online? As for me, it was ‘$200 in Shillings’. Before that, I wanted to know the capital city of Albania (its Tirana).

I also found myself searching for the Twitter handle of the DRC President Félix Tshisekedi (its @FelixUdps). It’s kind of thrilling, and I’m sure you’ll agree to that too. But, something makes these searches, in internet terms, a bit unusual.

Shock, horror, I didn’t use Google this time around. Of course, I used DuckDuckGo. And, after more than two years in the wilderness, I’m pretty sure I’m sold on a post—”Google Future.” Seemingly, it all started with one realization—most of the things I search for are easy to find. 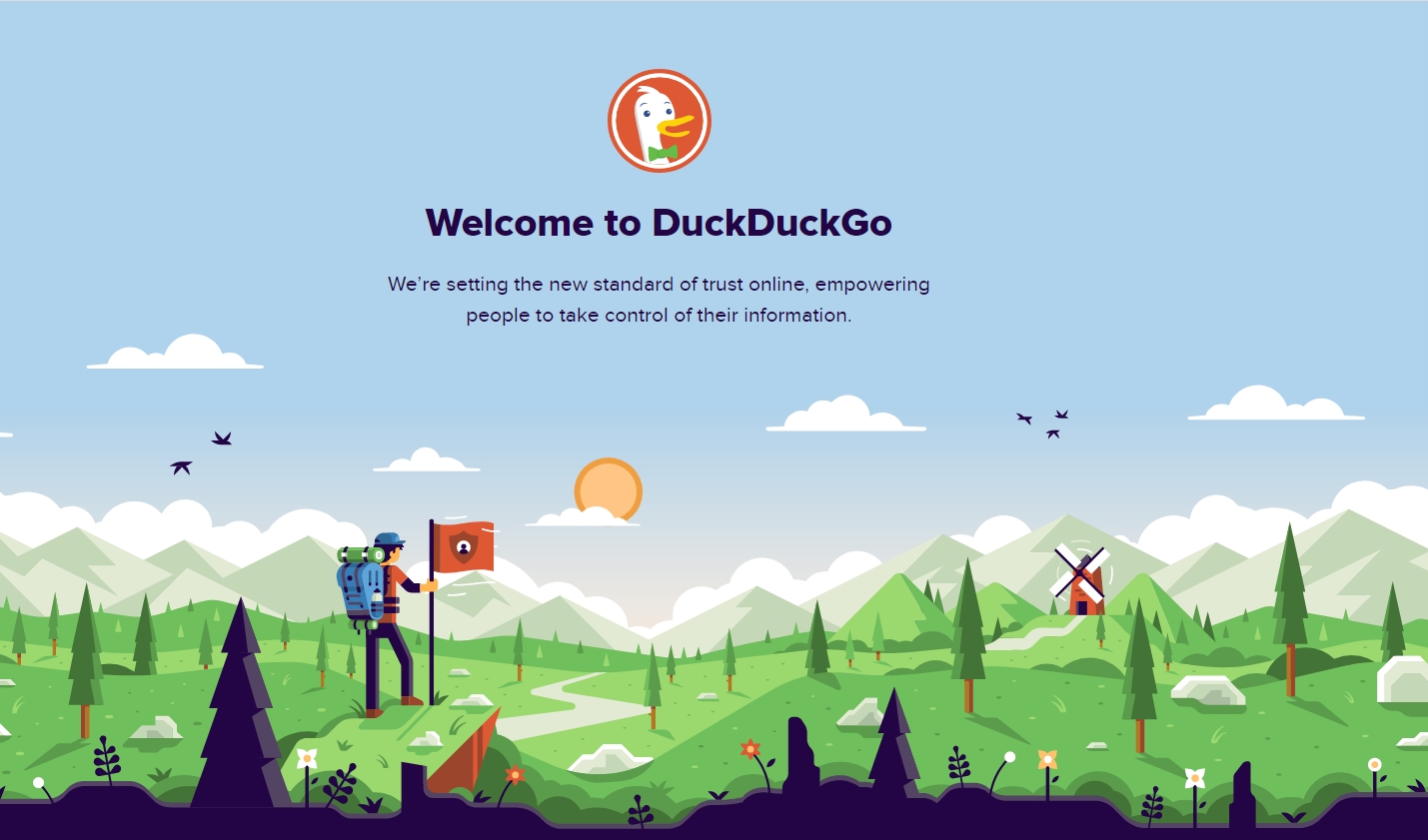 Did I really need the all-seeing, all-knowing algorithms of Google to assist me? Probably not. So I made a simple change—I opened up Firefox on my Android phone and switched Google search console for DuckDuckGo. As a result, I’ve had a fairly tedious but important revelation—that I search for really obvious stuff with Google’s own data backing this up.

Its annual round-up of the most-searched-for terms, for instance, in 2019 is basically a list of names and events. Like India vs South Africa, Cameron Boyce, Copa America, Antonio Brown, Neymar, Kevin Hart, etc. And the 2019 list goes on. Before I continue with my story, let’s first look at DuckDuckGo below.

DuckDuckGo is an internet search engine that emphasizes protecting searchers’ privacy and avoiding the filter bubble of personalized keywords search results. It distinguishes itself from other search engines by not profiling its users. And by showing all users the same search results for a given search term.

As of its privacy policy, it doesn’t collect or store any of your personal information. Meaning, you can run your searches in peace without having to worry about the boogeyman watching you through your computer screen. It’s the perfect choice for those who wish to keep their browsing habits and personal information private. 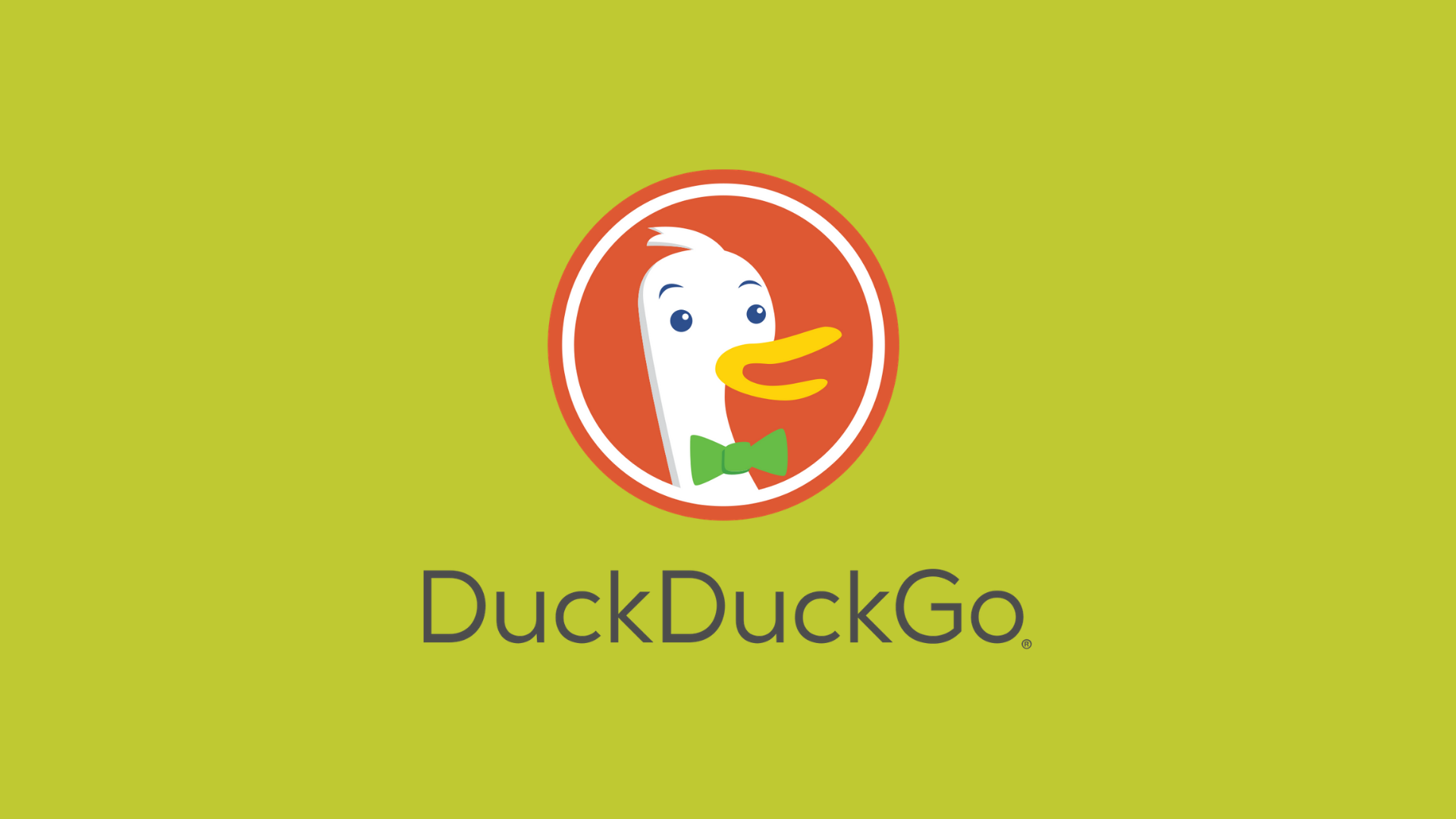 According to DuckDuckGo, they don’t think the Internet should feel so creepy, and getting the privacy you deserve online should be as simple as closing the blinds. You must know that; companies are making money off of your private information online without your consent.

Furthermore, increased state surveillance, countless security breaches, and widespread concern about data sharing have spooked many of us into wanting to protect our privacy more than ever. Despite bubbling almost under the radar for almost ten years, anonymous search engine DuckDuckGo now finds its stride in this current climate.

In January 2017, DuckDuckGo announced it had passed ten billion searches, with four billion occurring in 2016. Given that all factors are constant, I don’t need to buy into Google’s leviathan network. In particular, to that of privacy-invading trackers to find out what the Netflix Money Heist is. And when I can go and see it at my local cinema.

While I continue to use Google at work (more out of necessity as my employer runs on G-Suite), on my phone I’m all about DuckDuckGo. I had, based on zero evidence, convinced myself that finding things on the internet was hard and, inevitably, involved a fair amount of tracking. After three years of not being tracked and targeted, I have slowly come to realize that this is nonsense.

DuckDuckGo works in broadly the same way as any other search engine, Google included. It combines data from hundreds of sources including Wolfram Alpha, Wikipedia, and Bing, with its own web crawler, to surface the most relevant results. Google does exactly the same, albeit on a somewhat larger scale. The key difference: DuckDuckGo does not store IP addresses or user information.

While Google still operates in a different universe, the actual difference in the results you see when you search isn’t so far apart. In fact, in many respects, DuckDuckGo is better. Its search results aren’t littered with Google products and services – boxes and carousels to try and persuade people to spend more time in Google’s family of apps.

Search for, say, ‘Iron Man 2’, and Google will first tell you it can be purchased from Google Play or YouTube from £9.99. It will then suggest you play a trailer for the film on, where else, YouTube. The film is also “liked” by 92 percent of Google users and people searching for this also search for, you guessed it, Iron Man and Iron Man 3.

The same search on DuckDuckGo pulls in a snippet from Wikipedia and quick links to find out more on IMDb, Rotten Tomatoes, Amazon, or iTunes. For the most part, the top of Google’s page of results directs you towards more Google products and services.

Page CTR | How to Increase your AdSense Click Rates

Go further still and search for ‘Iron Man 2 cast’ and Google displays a carousel of names and pictures right at the top of the page. As a result, 50 percent of all Google searches now end without a click. Great for Google, bad for the list of websites below that also contain this information and that you will never visit.

Do the same search on DuckDuckGo and the top result is IMDb. It might sound small but issues like this are fundamental to how the internet works – and who makes the most money from it. Google’s prioritization of its results, and a perceived bias towards its own products and services, has landed the company in hot water.

With the European Commission slapping it with multi-billion pound fines and launching investigation after investigation into alleged anti-competitive behavior. What’s good for Google, the commission argues, isn’t necessarily good for consumers or competitors.

Search for something on DuckDuckGo and, for the most part, you just get a list of links or a simple snippet with exactly the information you were looking for.

And it does all this without storing or tracking my search history. Nor is what I search for collected and shared with advertisers, allowing them to micro-target me with a myriad of things I’m never likely to buy. The ads I do see in DuckDuckGo, which the company explains makes it more than enough money to operate, are more general.

A quick office survey revealed similar search banality: recent Googles included ‘capitalist’, ‘toxoplasmosis’, and ‘hyde park police’. For the most part, what we’re looking for online is simple: it’s definitions, companies, names, and places. Where DuckDuckGo has struggled is when I look for something incredibly specific.

So, for example, search for ‘film Leonardo Dicaprio goats scene’ in DuckDuckGo and it doesn’t work out you’re looking for Blood Diamond. Google does. While Google, with its vastly greater tranche of search data, is able to second-guess what I’m after, DuckDuckGo requires a bit more hand-holding.

That doesn’t mean I can’t find what I’m looking for, but it does mean I have to modify my search term a couple of times to narrow things down.

But such moments are rare and fleeting. Yes, Google has more bells and whistles. But such bells and whistles are, once you stop seeing them, easily forgotten. A realization that most of your online searches are really bloody obvious is somewhat liberating.

You don’t need to be tracked and targeted to work out the name of that hideous earworm that’s been stuck in your head all day (in my case it was Vanessa Carlton’s A Thousand Miles, I don’t know why). DuckDuckGo helps you find it in the same way Google does: you tap in a random line of lyrics, it finds them on a site with song lyrics on it and voila, the earworm is dead.

It’s not a fair fight, but it is one, oddly, where the small guy can compete. It might seem ludicrous – DuckDuckGo has 78 employees and Google 114,096 – but often the outcome is the same. For the majority of your searches David, it turns out, is just as good as Goliath.

How is it different from Google and Bing?

When you click on links from Google and Bing, even in private mode, the search terms are sent to the site you’re visiting in the HTTP referer header.

When you visit that site, your computer automatically shares information, such as your IP address. This information can be used to identify you. DuckDuckGo calls this “search leakage” and prevents it from happening by default on its search results.

Instead, when you click on a link on the site it redirects that request in such a way to prevent it from sending your search terms to other sites. The sites know that you visited them, but they don’t know what search you entered beforehand, nor can they use personal information to identify you.

DuckDuckGo additionally offers an encrypted version that automatically changes links from a number of major sites to point to the encrypted versions, including Wikipedia, Facebook, Twitter, and Amazon.

How does it make money?

DuckDuckGo doesn’t have an elaborate or hidden story behind its name; Weinberg simply liked it. It derives from the Duck, Duck, Goose game, but isn’t a metaphor, and, just like Google has become a verb for searching, the company instead uses the term “Duck it!”

While many websites and search engines collect data on you to sell to advertisers, DuckDuckGo takes a different approach – keywords.

“If you type in ‘car’ you get a car ad if you type in ‘mortgage’ you get a mortgage ad,” Weinberg said. “We don’t need to know about you or your search history to deliver a lucrative ad.” Weinberg added that DuckDuckGo doesn’t need “a lot of adverts” to make money and keywords are all it needs.

What are you waiting for? Try it for free here.

In addition to the above tips, you’ll be able to start right away as soon as you add DuckDuckGo Privacy Essentials to Chrome. You can also engage more with this search engine here.

Finally, for more answers to your questions about DuckDuckGo, you can read and learn more from their Frequently Asked Questions page. In this article, you’ll also read more about going over to the duck side: a week using DuckDuckGo.

You enjoyed reading this Blog Post, right? Well, Subscribe to our Free Newsletters Daily and never miss a thing from us:
previousWhat Is ExpressVPN? How VPN works & Why its important
nextWordPress Site Backup | Step-by-step Beginners Guideline