If you’re new to UX design and would like to get some knowledge on computer coding, in this article, you’ll learn more about Programming Languages in detail. What they are, how they work, the best to choose from, etc. Bearing in mind, in addition to Computer Coding, they all have made our life simpler.

Whether it’s automobiles, banks, home appliances, or hospitals, every aspect of our lives depends on codes. No wonder, coding is one of the core skills required by most well-paying jobs today. Simply put, Coding is used for communicating with computers. 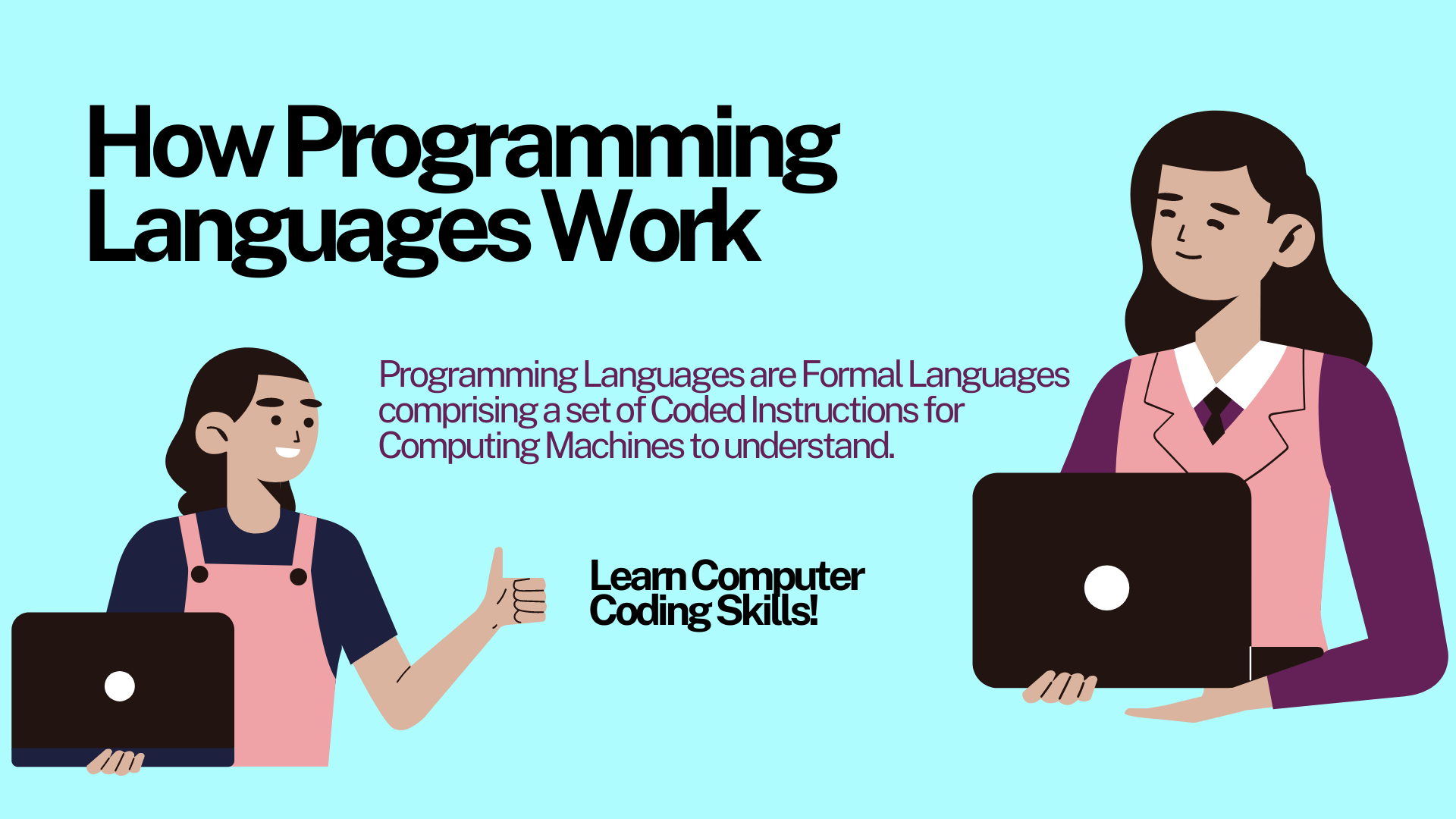 More often, we all use codes to give computers and other machines instructions on what actions to perform. Furthermore, some webmasters even use it almost daily. In order to program websites (like jmexclusives), mobile apps, and other technologies we interact with every day. But, it all involves a lot of coding (like JavaScript).

If you pay any attention to tech, you’ve undoubtedly heard the terms coding and programming dozens of times. Not to mention, many of the best tech careers all require the ability to code.

By definition, Coding is the process of creating instructions for computers using programming languages. Computer code is used to program the websites, apps, and other technologies we interact with every day. In general, Computer Coding Skills are especially of value in the IT, data analytics, research, web designing, and engineering segments.

Meaning, if you want to work in a high-paying field like software engineering, web development, or data science, understanding and using code is essential. But, what is it and why is it important? Well, in this article, you can read and learn more in detail.

Related Topic: Grasshopper App | The No #1 Coding App for Beginners

Well, the ever-growing list of programming languages and protocols can make it tough for programmers and developers to pick any one language. Particularly, that’s most suitable for their jobs or project at hand. Ideally, every programmer should have at least some knowledge of a language that’s close to the system — like C, Go, or C++.

More so, a language that’s object-oriented too — like Java or Python. Or even a functional programming language — such as Scala. As well as a powerful scripting language — like Python and JavaScript. Whether you are aiming at joining a Fortune 500 firm or desire to pursue a work-from-home career in programming, it’s important to know what’s hot in the industry.

As I mentioned, Computer Coding is the process of writing and editing computer “codes,” which are the instructions all computers use to function. A computer code may look like a series of just random numbers and letters to someone outside of the field.

Computer coding is an important skill in the current job market. Learning to write computer code can be a valuable skill in a wide variety of industries. If you are interested in adding computer coding to your list of professional abilities, it’s helpful to consider some skills associated with it.

Since nearly everyone uses a computer or phone regularly, individuals can find jobs that involve coding in nearly every industry. Knowing how to code is a valuable skill for anyone looking for a job in the technology or computer science fields.

Programming Languages are formal languages comprising a set of coded instructions for computers to produce various kinds of output. They are simply a set of rules defining how to write code. These rules bring machine language closer to human language. It’s easy to think of it as a language the computer can understand.

More specifically, they’re used in computer programming to implement Algorithms. And, as you know, many computer geeks use the term ‘Algorithms’ all the time. But, only a handful of webmasters and users do fully understand what they really mean. How they work or even how they are applied in the real world.

Learn More: What are Algorithms? Their Maths & Computing Powers

In Computer Science, Programming, and Math, Algorithms are a sequence of instructions where the main goal is to solve a specific problem, perform a certain action, or computation. In some way, an Algorithm is a very clear specification for processing data, for doing calculations, among many other tasks.

Programming means designing a set of instructions to instruct the computer to carry out certain jobs that are very much faster than human beings can do. The earliest programming language is called machine language. It uses the binary code (comprises 0 and 1) to communicate with the computer.

What are Compilers & Interpreters?

All high-level (also called third-generation) Programming Languages allow you to write programs in a language similar (although much simpler) than the Natural Languages.

Whereby, a low-level language is something closer to what makes sense to a computer. But, details for low-level languages are unimportant in the intro to CS courses. On the other hand, the high-level program is called the source code.

A Source Code is a list of human-readable instructions that a programmer writes — often in a word processing program — when developing a program. The source code is run through a compiler to turn it into machine code. Also called Object Code, that a computer can understand and execute. In nutshell, it consists primarily of 1s and 0s, so it isn’t human-readable (learn more).

Most computer languages use the “compile-link-execute” format. You start with source code and the compiler converts this program into a  low-level program. In most compiled languages, the file containing the resulting low-level code is called an object file.

A collection of object files are linked together to create an executable file (i.e., the operating system can load the executable into RAM to run the program). Another term for an executable is “(relocatable) machine code”.

An object file isn’t easily read by a human but it may not be runnable on a computer. For example, if your program takes a square root of a number, your program will rely on the mathematical program (provided by the math library of the language) that actually determines how to compute a square root.

The object file for the program will refer to the square root but will not have the code explaining how the square root computation works. Similarly, when you start solving bigger problems, you will likely divide your project into multiple programs that communicate.

Related Topic: What is Natural Language Processing? An Introduction to NLP

The process of linking connects the object files that you have created along with other pre-existing object files to form an executable file. The linker does this job. You shouldn’t expect to find link errors until you’re writing larger programs that have multiple parts.

Link errors occur when the object files for your program don’t completely communicate appropriately. And as an analogy to foreign languages, a compiler acts as a translator (say, someone who translates a book) and an interpreter acts like, well, an interpreter.

There are a smaller number of languages (Lisp and Scheme are most famous; CMU uses ML in 15-212) that avoid the “compile-link-execute” sequence. Instead, they try to do the conversion “on-the-fly” (also called “as needed“).

While debugging programs, you wouldn’t notice much of a difference between compilers and interpreters. Why? Simply, because the executable file needs to be regenerated whenever the source code changes.

Learn More: What is Artificial Intelligence? How Does AI Work?

However, once debugging is completed, an executable created by a compiler will run much faster. Compared to a similar piece of source code that always has to run through its interpreter.

Also, it is generally easier to build a prototype program using an interpreter. Many interpreted languages also provide a “compile mode.” In order to create executables that will run about as fast as an executable created by a compiler.

Programming Languages You Should Learn

It’s weird to think of, but most of the really “big” ideas in computer programming were developed in the 1950s and 60s. Many new coding languages have developed since then, but none of them represent a truly novel approach to logic and computation.

The development of new programming languages in the last few decades has focused a lot on developer experience. This may mean trying to enable code that is easier to write (the driving force behind Ruby) or easier to read (Python). Or making certain types of logical structures and modes of problem-solving more intuitive.

It’s said that ‘C‘ is a god’s programming language. One can say, C is a base for the programming. If you know ‘C,’ you can easily grasp the knowledge of the other programming languages that use the concept of ‘C.’ All in all, it’s also essential to have a background in computer memory mechanisms too.

Some languages have been developed to solve particular problems in programming (PHP and SASS, for example), to manipulate certain types of systems (SQL). Or even to run in a particular environment or platform (Java and JavaScript).

Learn More: 100 Of The Most Popular Programming Languages Explained In Minutes

A number of languages have been developed for the purpose of helping programming newcomers. And as such, BASIC and Scratch are classic examples. Theories and practices around language design have (mostly) settled into a widely recognized orthodoxy.

In reality, much of the new and interesting work in the development of programming practice currently centers around system architecture. Relatively, recent developments include concepts like SOA (Service Oriented Architecture) and MVC (Model-View-Controller).

As well as frameworks like Ruby on Rails that enable programmers to easily work within these paradigms. That said, you can see the Complete List of Coding Languages to learn and understand even more.

As I said, Computer Coding is the use of Programming Languages to give computers and machines a set of instructions on what actions to perform. It’s how humans communicate with machines. It’s what allows us to create computer software like programs, operating systems, and mobile apps.

Simply put, Coding is a tool for communicating with computers. People use it to give computers and other machines instructions on what actions to perform. In that case, we use it to program the websites, apps, and other technologies we interact with every day. More so, transistors make computer electronic machines.

Transistors are simple solid-state on and off switches. When you combine tens of thousands of these on/off switches, you get a computer. It’s a little more complicated than that, but for the sake of brevity, we won’t delve deeper into the topic. Binary code (the 1s and 0s you see in the movies) instructs these switches whether to turn on (1) or turn off (0).

Each transistor will receive a 1 or a 0, and with thousands working at once, you can do some computing. Unfortunately, attempting to make an entire computer work by manually typing a number for each transistor would take an incredible amount of time.

So, that’s why high-level languages were developed to help speed up the process. Rather than addressing individual transistors with machine code, webmasters address their entire sections to perform specified tasks. That’s all for now!

But, if you’ll need additional support, you can Contact Us and let us know how we can help you. You can as well share your additional opinion thoughts, suggestions, contributions, or even questions in our comments sections below. 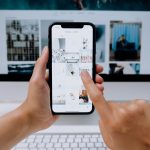 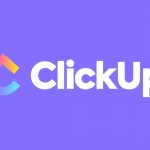