Stevia Extracts come from the stevia plant leaf, which originates in South America. Stevia, also called stevia rebaudiana, is a plant that is a member of the chrysanthemum family. A subgroup of the Asteraceae family (ragweed family). There’s a big difference between the stevia you buy at the grocery store and the stevia you may grow at home.

For instance, Stevia Products found on grocery store shelves, such as Truvia and Stevia in the Raw, don’t contain whole Stevia Leaf. For one thing, they’re made from a highly refined Stevia Leaf Extract called rebaudioside A (Reb-A).

The primary components extracted from the stevia leaf are called Steviol Glycosides. For example, Stevia Extracts from these plant leaves are used in Stevia Sweeteners. Providing a sweet taste without calories in many foods and beverages.

Sweeteners made with Reb-A are considered “novel sweeteners” because they’re blended with different sweeteners, such as erythritol (sugar alcohol) and dextrose (glucose). But, which one of these two sugar-free sweeteners is better?

Stevia Extracts vs Monk Fruit Sweetener | Which is Better?

Purified stevia extracts and pure monk fruit powder are so intensely sweet that the amounts needed to sweeten a cup of tea or a specific dish are tiny. So to say, which is why these sugar-free sweeteners in their purest form can be considered calorie-free.

A Monk Fruit Sweetener is made from a Monk fruit (similar to stevia but doesn’t have the bitter aftertaste that stevia does) organic extract. The monk fruit is also known as luo han guo or “Buddha fruit.” It’s a small, round fruit grown in Southeast Asia. This fruit has been used for centuries in traditional Chinese medicine.

But, What’s the difference between stevia extracts and monk fruit sweetener?

Both monk fruit-derived low-calorie sweeteners and stevia extracts have been gaining popularity among health-conscious consumers. In particular, looking for more natural ways to sweeten their foods and drinks. While in the end, keeping their caloric intake at a healthy level.

According to the US Food and Drug Administration (FDA), the terms “calorie-free” and “zero calories” can be used in the labeling of food. Especially, that contains less than 5 calories per reference amount customarily consumed and per labeled serving.

It is important to note, however, that many monk fruits and stevia-based sweeteners contain fillers and other ingredients that may have an impact on the overall sweetness score of the product.

Monk fruit has a long history of use in China where it has reportedly been cultivated since the 13th century. And where it is officially considered both a food and a medicinal plant by the country’s Ministry of Health.

Especially, when North Americans started to show interest in the potential use of monk fruit as a weight loss aid. Also, the U.S. Food and Drug Administration (FDA) received several GRAS (generally recognized as safe) notices from food companies. Arguing that monk fruit extracts are safe for use as high-intensity sweeteners.

Since 2010, the FDA has received and reviewed several such notices and has not objected to the use of these extracts. The FDA has also received, and not questioned, GRAS notices for certain highly purified stevia products. It has not, however, approved whole-leaf stevia for use as a food additive due to inadequate toxicological information.

Stevia-based sweeteners are commonly used in beverages and desserts. As the sweet compounds in stevia are heat-stable, even at around 400. °Additionally, stevia extracts are also well-suited for use in baked goods and other foods that require heating.

The culinary uses of monk fruit extract are similar to those of stevia. But, before using stevia or monk fruit-based sweeteners, keep in mind that they are not sugar.

And also, they won’t caramelize and brown in baked goods the same way sugar does. Unless, of course, they contain additional ingredients that do caramelize.

In many cases, it is the idea of a pure, plant-derived sugar-free sweetener that gets people interested in monk fruit- or stevia-derived sweeteners. However, high-intensity sweeteners such as refined stevia and monk fruit extracts are routinely mixed with other ingredients.

Like dextrose (corn sugar), erythritol, inulin fiber, molasses, or even cane sugar to create products that are easier to use in culinary creations. If you would like to use a product that does not come with a long list of ingredients, try Sweet Leaf’s stevia sweeteners or Pure Monk’s monk fruit powder.

SweetLeaf has received tons of awards, and their non-liquid version only contains inulin fiber and USDA-certified organic SweetLeaf Stevia Extract. You can order it through Amazon here!

If you like monk fruit better than stevia, you might want to check out Julian Bakery’s one-ingredient monk fruit powder which is available through Amazon here.

What are the Benefits of using Stevia Extracts?

Stevia extracts are nonnutritive sweeteners (meaning it has almost no calories). Therefore, if you’re trying to lose weight, this aspect may be appealing. However, to date, research is inconclusive.

If you have diabetes, stevia may help keep your blood sugar levels in check. One 2010 study of 19 healthy, lean participants and 12 obese participants found that stevia significantly lowered insulin and glucose levels. It also left study participants satisfied and full after eating, despite the lower calorie intake. 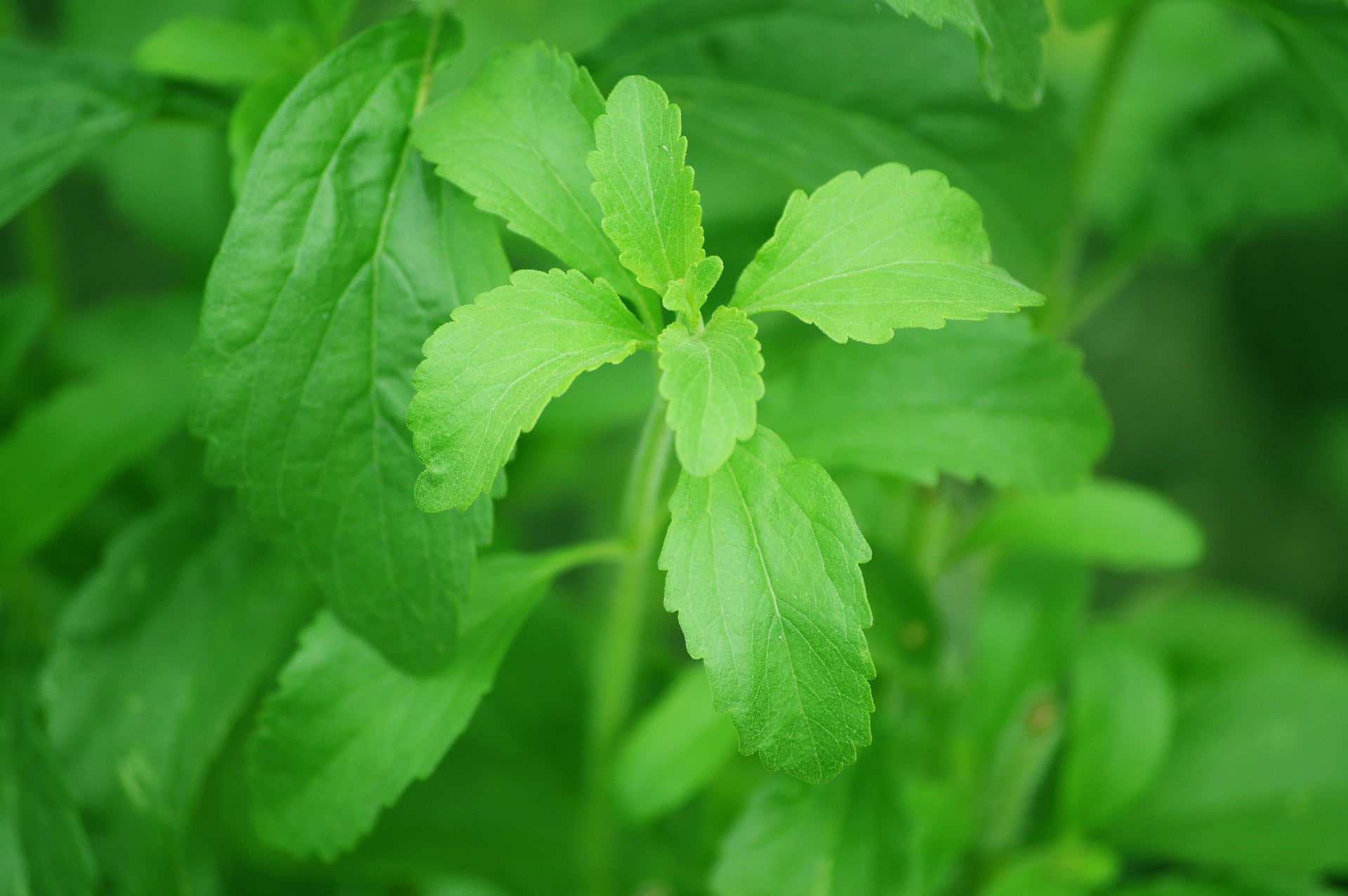 According to a 2009 study, stevia leaf powder may help manage cholesterol. Study participants consumed 400 milliliters of stevia extract daily for one month. The study found stevia lowered total cholesterol, LDL (“bad”) cholesterol, and triglycerides with no negative side effects.

It also increased HDL (“good”) cholesterol. But, it’s unclear if occasional stevia use in lower amounts would have the same impact.

Do Stevia Extracts cause any Side Effects?

The FDA says stevia glycosides, such as Reb-A, are “generally recognized as safe.” They haven’t approved whole-leaf stevia or crude stevia extract for use in processed foods and beverages due to a lack of safety information.

However, there’s a concern that raw stevia herb may harm your kidneys, reproductive system, and cardiovascular system. It may also drop blood pressure too low or interact with medications that lower blood sugar. 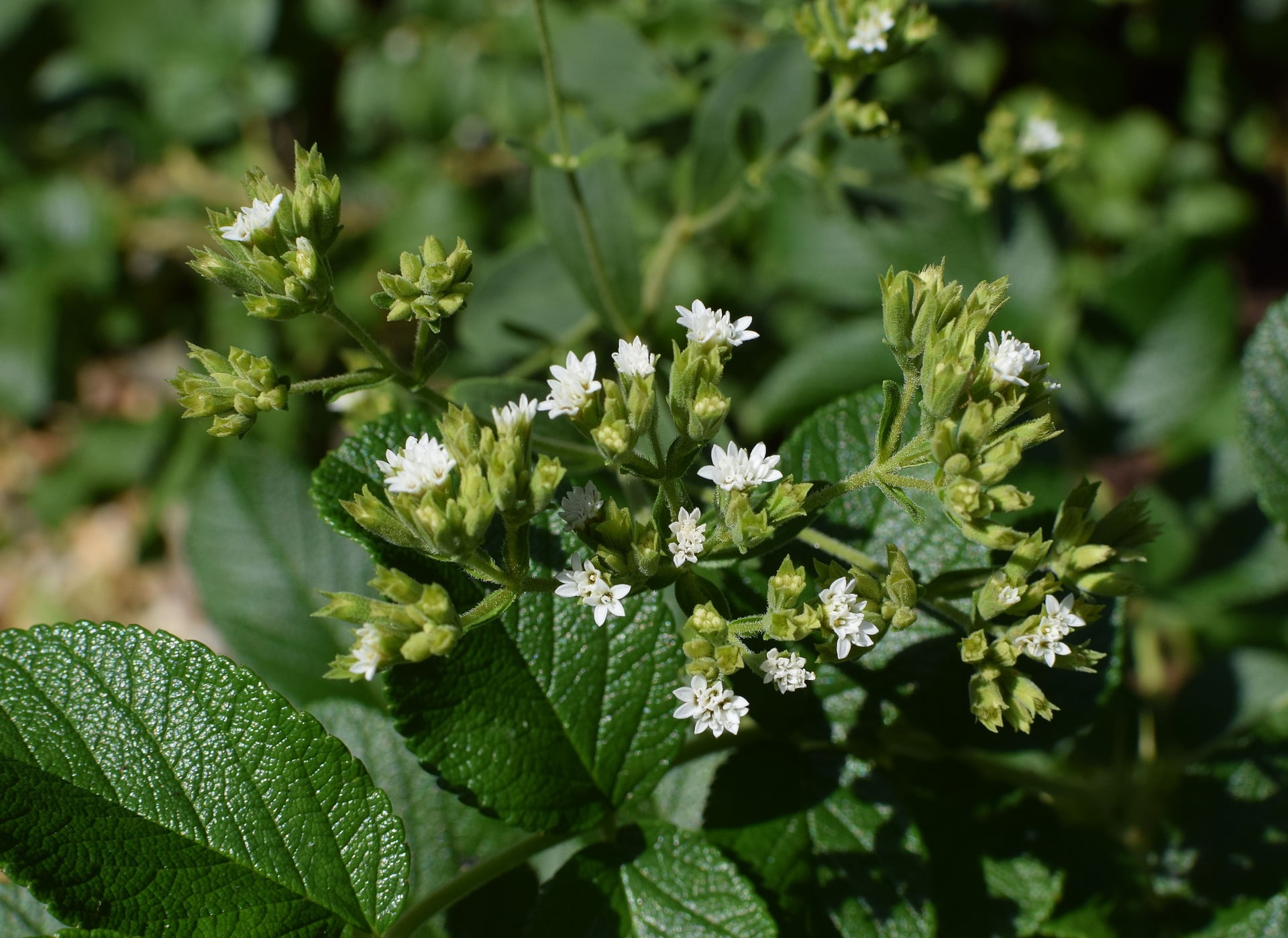 Dextrose is glucose, and maltodextrin is a starch. These ingredients add small amounts of carbs and calories. Sugar alcohols may also slightly tip the carb count. If you use stevia now and then, it may not be enough to impact your blood sugar.

But, if you use it throughout the day, the carbs add up. A 2015 study reported a possible link between nonnutritive sweeteners, including stevia, and disruption in the beneficial intestinal flora.

In some people, stevia products made with sugar alcohols may cause digestive problems, such as bloating and diarrhea.

How do you Use Stevia as a Sugar Substitute?

Stevia products made with Reb-A are considered safe, even for people who are pregnant or who have diabetes. These products rarely cause side effects. However, more research needs to be done to provide conclusive evidence on weight management, diabetes, and other health issues.

Stevia may be used in place of table sugar in your favorite foods and beverages. A pinch of stevia powder is equal to about one teaspoon of table sugar.

Tasty ways to use stevia include:

Some stevia brands, such as Stevia in the Raw, can replace table sugar teaspoon for teaspoon (as in sweetened beverages and sauces). Unless you’re using it in baked goods.

You can bake with stevia, although it may give cakes and cookies a licorice aftertaste. Stevia in the Raw recommends replacing half the total amount of sugar in your recipe with their product.

Equally, you should add extra liquid or a bulking ingredient such as applesauce or mashed bananas to your recipe to make up for the lost sugar. It may take some trial and error to get the texture and level of sweetness you like.

What is a Monk Fruit Sweetener?

Although most of us probably wouldn’t pick out a Monk Fruit Sweetener in the produce aisle,  it’s such a healthy benefactor. And truth be told, it’s not likely to catch much of your attention. Especially, amidst other eye fronting and mouth-watering fruits too. Like the luscious lemons, colorful apples, and even the vibrancy look in oranges.

But, from the perspective of health-conscious foodies, sugar-free devotees, and those in the diabetes community, monk fruit is getting a great deal of attention. For instance, as people increasingly try and avoid sugar, alternative fruit sweeteners have become more popular. And one popular sweetener is monk fruit sweetener, also called monk fruit extract.

Monk fruit, or lo han guo, is a small green melon native to southern China and named after the monks who first cultivated it centuries ago. The health benefits of the fruit have been well-known in Traditional Chinese Medicine (TCM) for decades. But, its sweet little secret is finally making it into the wellness mainstream.

Monk fruit sweetener does not contain fructose or glucose. According to the International Food Information Council Foundation, monk fruit is around 150–200 times sweeter than sugar. Some products may be easy to carry and use throughout the day.

Here: Monk Fruit Sweetener: How is it Organically beneficial?

How do you use the Monk Fruit Sweetener?

Some manufacturers balance the taste of monk fruit sweetener by mixing it with other sugars, such as maltodextrin or dextrose. This can change the sweetener nutritional profile and make it unsafe or undesirable for some people.

Because of this extract maybe 100–250 times sweeter than table sugar, many manufacturers mix monk fruit sweetener with other natural products. Such as inulin or erythritol, to reduce the intensity of the sweetness and balance out the intensity.

As of today, Monk fruit extract is a common standalone sweetener. For instance, as an ingredient in food and drinks, a flavor enhancer, and a component of sweetener blends. It contains no calories and no carbs, making it a great option for a ketogenic diet.

Here is how you can use the monk fruit sweetener;

Monk fruit sweetener is relatively new to the market, as the FDA only recognized it as generally safe in 2010. Unlike other low-calorie sweeteners, monk fruit extract doesn’t have many studies examining its effects.

However, this doesn’t mean that it’s harmful. The mogrosides may also stimulate the release of insulin, which can improve the transportation of sugar out of the bloodstream to help manage blood sugar levels.

Always remember, stevia is much sweeter than table sugar, so you won’t need to use as much. Despite a lack of research, many people claim whole-leaf stevia is a safe alternative to its highly refined counterpart or table sugar.

While adding a raw stevia leaf to a cup of tea now and then is unlikely to cause harm, you shouldn’t use it if you’re pregnant. Until research determines whether whole-leaf stevia is safe for everyone, get your doctor’s approval before using it regularly. Especially, if you have a serious medical condition such as diabetes, heart disease, or high blood pressure.

As can be seen, the stevia leaf extract is safe to consume. It’s one of eight low and no-calorie sweeteners permitted by the FDA for use in the US food supply. All foods can have a place in our diets, and low- and no-calorie sweeteners are no different. In addition, stevia is one of many safe options that can be included in broader weight reduction or weight maintenance plans.

What’s most important is to build a healthy eating style and support it with other healthy habits that are sustainable and tailored to your health and fitness lifestyle needs.

I hope the above-revised guide will be of help towards your next dietary plan as well as your routine health & fitness checklist.

But, since we may not have provided all the affiliated research materials, please Contact Us and share your additional contributions.

You can also share your thoughts and more suggestion topics in the comments box below this post. Below are more useful and related to the topic links;