Signal Messenger App | Why Use it Instead of WhatsApp?

As of today, many people are using the Signal Messenger App instead of WhatsApp. For all their cross-platform and centralized encrypted messages. But, why are they making a run for Signal despite WhatsApp being one of their best messaging platforms? Well, in this guide, you’ll learn why you too should consider using it.

Whether mitigating active privacy concerns or protecting communications on principle, for many in journalism and tech, Signal is the go-to for secure messaging. More so, if you want to chat or call someone over the internet, there are plenty of full-featured options you can use too. 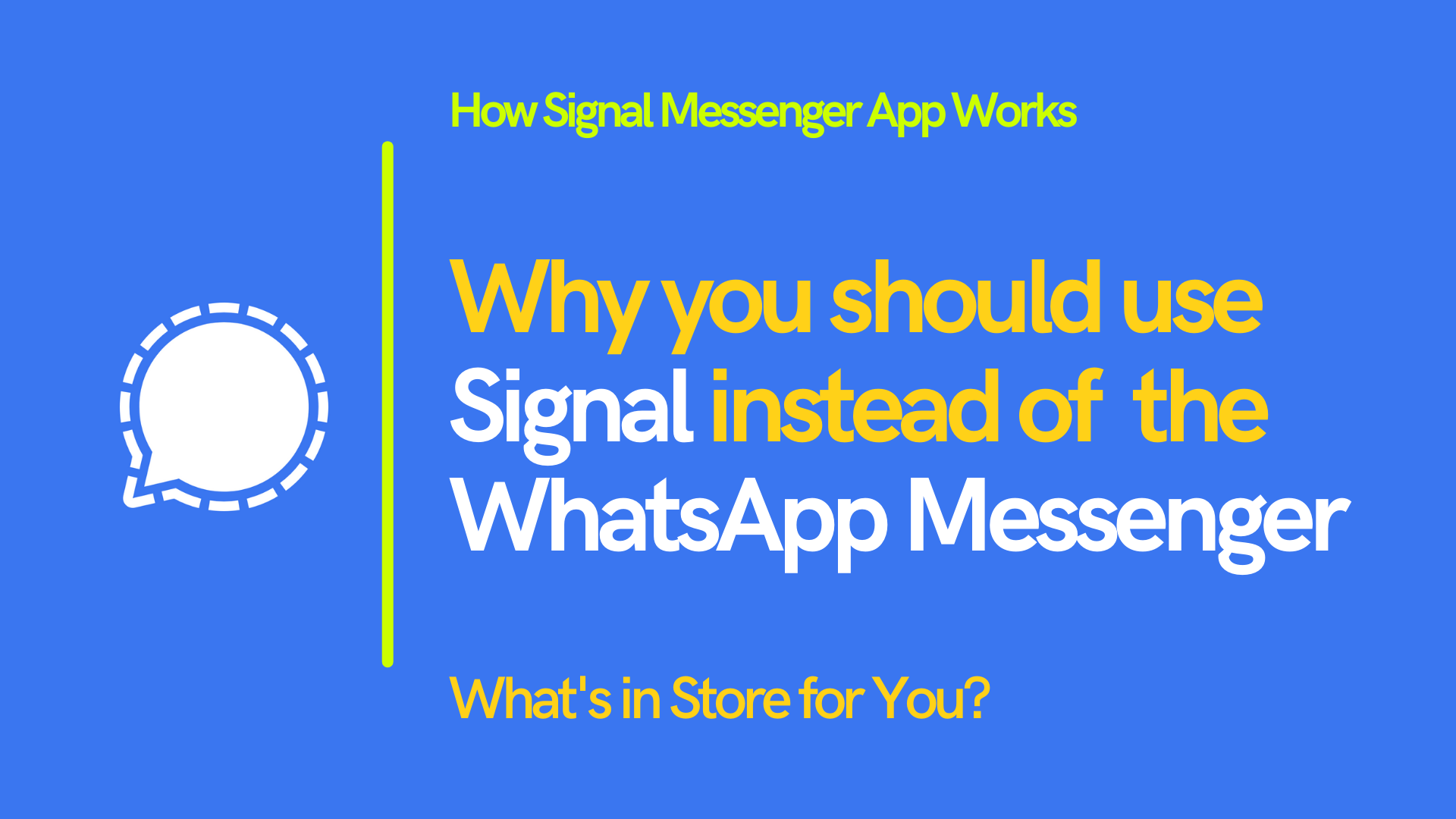 Wait a minute— What’s that Signal App, you ask? Although the chat app has been around since 2014, you may not have heard of it until very recently. But still, you might be wondering what Signal is and how it works. Since its first mention by Billionaire Elon Musk, Signal has gone from being a relatively unknown app to a famous one.

What is Signal Messenger App?

By definition, Signal Messenger App is a cross-platform centralized encrypted messaging service developed by the Signal Technology Foundation and Signal Messenger LLC. It uses the Internet to send one-to-one and group messages. Including document files, voice notes, images, and videos.

This momentum may have been set in motion by earlier events. All thanks to the new Facebook WhatsApp privacy policies early leaked updates — as issued by Facebook on Jan. 4th. So, we all know why — these new terms of service and privacy policies were the catalyst.

Facebook stated that users will have to agree to share their data with Facebook — (although individual messages will still be end-to-end encrypted). Per CNBC, following the announcement and the insurrection, Tesla founder Elon Musk tweeted “Use Signal” to his 42 million followers.

However, Facebook later clarified that the new privacy standards will only impact business messages. But, not messages between your family and friends. Unfortunately, these factors are a perfect recipe for wanting to migrate to a nonprofit-developed messaging app like Signal.

Since then, the new competitor — Signal — has witnessed a spike in mad downloads. It’s a messaging app that has features like one-to-one messages, groups, stickers, photos, file transfers, voice calls, and even video calls. It’s also important to realize, Signal Messenger App was founded by Moxie Marlinspike and Brian Acton in 2018.

Apparently, Brian Acton is also the co-founder of WhatsApp. You see! This’s another key aspect as to why it’s there to stay. He left the Facebook-owned company three years after the social network bought it for $19 billion. You can see the whole story for more information.

The Story of Signal,

According to my research, you’re more likely to use a messaging app more often than a regular old texting platform. And in reality, there are plenty of options to choose from. That’s why there’s WhatsApp, Facebook messenger, Telegram, Signal, and plenty of others.

Let’s consider the Story of Signal a bit, right? While other messenger services have grown under the umbrella of colossal tech corporations. Signal was created by, and remains, the product of a handful of people. The two messenger services that eventually became Signal were created by security researcher Moxie Marlinspike and roboticist Stuart Anderson.

Out of their mobile security software startup, Whisper Systems, which they co-founded in 2010, they released TextSecure for texting and RedPhone for voice calls. Both of which provided end-to-end encrypted communication.

A year later, Twitter bought the company and Marlinspike became the platform’s head of cybersecurity. They re-released their two encrypted communication services as open-source apps. And in 2013, Marlinspike left the social media platform to found the open-source project Open Whisper Systems.

At OWS, Marlinspike and others continued developing TextSecure and RedPhone, which were combined and released as Signal in November 2015. OWS introduced Signal for PC a month later as a Chrome app. And then thereafter, it was relaunched as a standalone signal desktop client for Windows, Mac, and Linux in October 2017.

This is the series of Signal apps we know today. You can, in this article, learn more about its history.

Why are so many people suddenly using Signal?

With this platform, you can have group chats with up to 1000 people and group calls with up to eight people. Even the tech community has been recommending Signal as a secure messenger for years. The Electronic Frontier Foundation includes guides for using Signal on its Surveillance Self-Defense tools page.

Related Topic: Social Media | Why is It such an Important Online Tool?

Perse, Signal downloads also spiked right after the Nov. 2016 election in the US. As well as in the wake of the few days following Trump-supporting insurrectionists storming the Capitol building on Jan. 6. Not forgetting, in the aftermath of the attempted coup — that saw thousands of accounts, accused of inciting violence.

Including Trump’s, purged from Twitter and other social media sites. Another great reason why many people suddenly would want to use it is that Signal isn’t owned by a big tech company — to behave the way it wants in terms of user privacy. You can also read more about why the privacy protectors won’t shut up any time soon.

How the Signal Messenger App works

As a great messenger app, I’d like you to say “hello” to a different messaging experience. An unexpected focus on privacy, combined with all of the features you expect. Personally, since I feel in love with it, I use it every single day.

I trust it simply because it’s well built! But more importantly, because of how it’s built:— it’s an open-source and peer-reviewed platform. That’s funded entirely by grants and donations too. A refreshing model for how critical services should be built.”Below is a video explainer if you’d like a step by step tutorial guide: 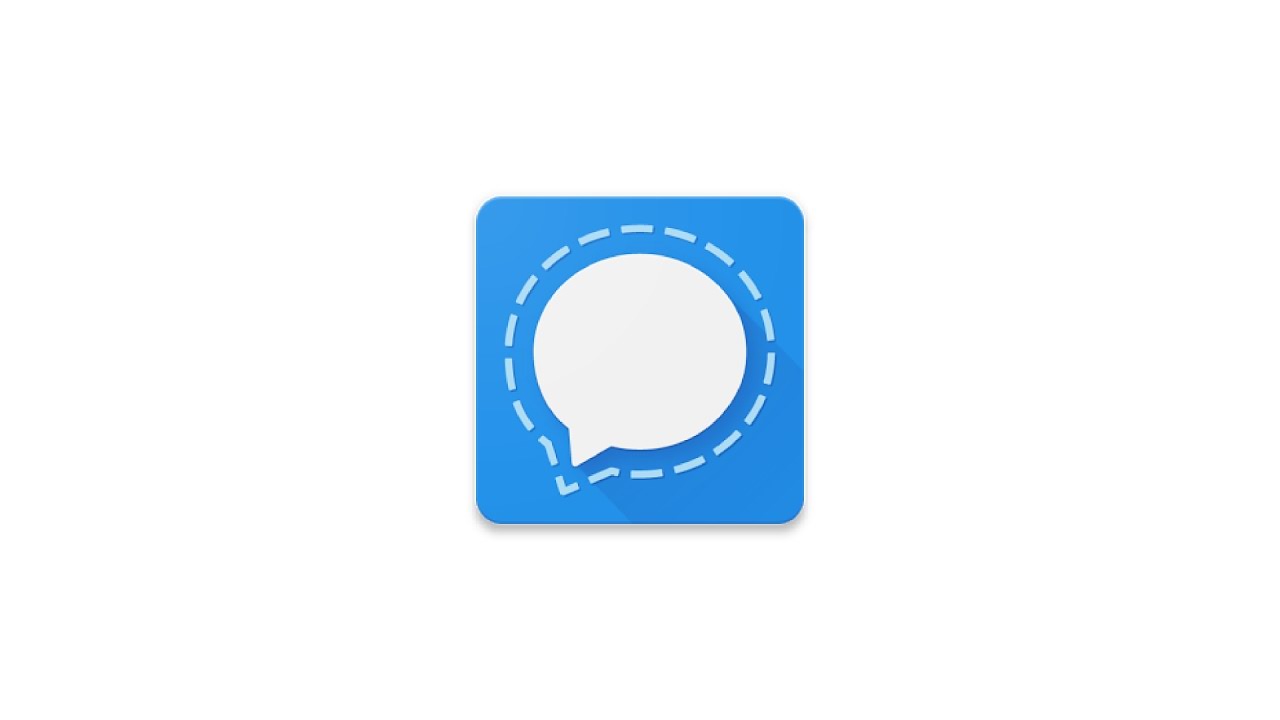 If you’re okay without watching the video above, then you can proceed to learn more about how it works how you can get it.

Actually using the Signal app is pretty simple. All you’ll need is to download it onto your iPhone, Android, or desktop for free. So that you can start messaging your Signal-having friends. Again, to Sign up, you’ll just need your phone number.

After you get it, the app then scans through your contacts to see which numbers in your phone book are also Signal users. (That’s optional, though.) Then, you can use the app on either your phone or computer. And if you’ll start a conversation on your phone, you can use a QR code to log in on your laptop or PC (just like WhatsApp Web) and pick it up there.

But you won’t be able to see the previous messages (the ones you sent from your phone). Signal messages are stored on your actual device, not in the magical digital space of the app. That’s because it uses an open-source protocol to encrypt everything. From your web docs, texts, videos, voice memos to photos.

Want to start talking with someone on Signal instead of a different chat app? Just ask them to download it and sign up. You’ll even get a notification when someone you know signs up for Signal.

Why should you use Signal instead of WhatsApp?

On one hand, Signal is developed by a non-profit foundation and is funded by a number of donations. So, unlike Facebook, its owners aren’t even trying to make money — it just a WhatsApp web platform’s main competitor. That doesn’t try to gather a bunch of data on you or show you advertisements.

And while Signal has a very familiar interface, on the other hand, it’s very different under the hood. First of all, your conversations in Signal are end-to-end encrypted. Meaning that not even the owners of Signal can monitor them. And therefore, unlike other alternatives, only the people in the conversation (the one you’re in) can see them.

Secondly, Signal is also completely open-source. Not to mention, the source code for the project’s client apps and server software is available on GitHub. So that you can ‘speak freely’ if you download the app like no other time.

While using the Signal Messenger App, all communications — including one-to-one messages, group messages, file transfers, photos, voice calls, and video calls — are end-to-end encrypted. Only the people involved in the communication can see them. The encryption happens between the individual devices using Signal.

The company that operates Signal could not see these messages even if it wanted to. Signal actually created its own encryption protocol for this. This is very different from traditional messaging apps. For example, Facebook has access to everything you say in Facebook Messenger.

Related Topic: TikTok | 6 Benefits, How it Works & How to Download it

Facebook says it won’t use the content of your messages for advertising, but are you confident that will never change in the future? Sure, some other messengers offer encrypted messaging as an optional feature. But everything on Signal is encrypted, always and by default.

Signal also offers other privacy features, including self-destructing (disappearing) messages that will automatically be removed after a period of time. Facebook Messenger collects a lot of data about you, too. Most companies collect a lot of data. Signal tries not to.

Everything in your Signal Private Messenger App — messages, pictures, files, and so on — is stored locally on your phone. You can manually transfer data between devices, but that’s it. Equally important, Signal is available for Android, iPhone, and iPad. There’s also a Signal desktop client app for Windows, Mac, and Linux.

All you’ll need to join is your phone and your phone number. What’s more, it’s all free! You can visit its cross-web-platform to learn more.

From a webmaster point of view, speaking of privacy, you know that anxious feeling you get when you open a message and aren’t prepared to respond to it. But now everyone can see that you read it? You can mark messages as unread on Signal so easily. By selecting and holding a chat, going to Menu, and selecting the nifty “mark as unread” option.

Related Topic: Top 10 WhatsApp Alternative Apps You Can Use

Also, if you want to up the privacy, even more, you can set your messages to delete themselves after a set period of time (between five seconds and a week). A little clock will show up next to it to countdown to remind you of the setting you chose.

And as of December 2020, you can also turn a group chat into a group video call on Signal with up to eight friends. By pressing the little video button at the top of the screen. But you can’t just be added to group chats willy nilly. Therefore, you have to accept being invited to group chats.

Related Topic: How to backup and restore messages in the Signal app

Of course, this’s unlike in WhatsApp — where you’re just suddenly in a new group — (though they’ve also been working so hard to curb that vise too). But, whether you’re the leader of your friend group in the Signal migration or the last onboard there’s even more now. At least you’ll know how to use the darn thing (or how to help your mom to figure it out).

So, with that in mind, have you tried using Signal Messenger App yet? Do you think that it’s a worthwhile platform? Please, feel free to share some of your thoughts, suggestions, contributions, and even questions in our comments section. But, if you’ll need more support, you can Contact Us and let us know how we can help you.

NB: Any interested blogger can now join our Posting Program for free. While content marketers should Mail Us Direct so as to Advertise through Banner Ads starting at $75, Blog Posts at $55, DF Links at $35, or just Consult Us to ask for our help.
previousWhat Is SEO? A Beginner Tools & Webmaster Plugins List
nextBandzoogle Theme Designer | How To Customize Your Own Site
NB: Below are Featured Service Gigs from topmost Best Solution Freelancers that you can bid from: