Ransomware Attack | How Do You Prevent Cyber Threats?

Ever wondered what all the Ransomware Attack fuss is about? You’ve heard about it at the office or read about it in the news. Maybe you’ve got a pop-up on your computer screen right now warning of a ransomware infection. Well, if you’re curious to learn all there is to know about ransomware, you’ve come to the right place.

Most Ransomware attacks are delivered via email that appears to be legitimate. Whilst, enticing you to click a link or download an attachment that delivers the malicious software. Ransomware is also delivered via drive-by-download attacks on compromised or malicious websites. Some attacks have even been sent using social media messaging. 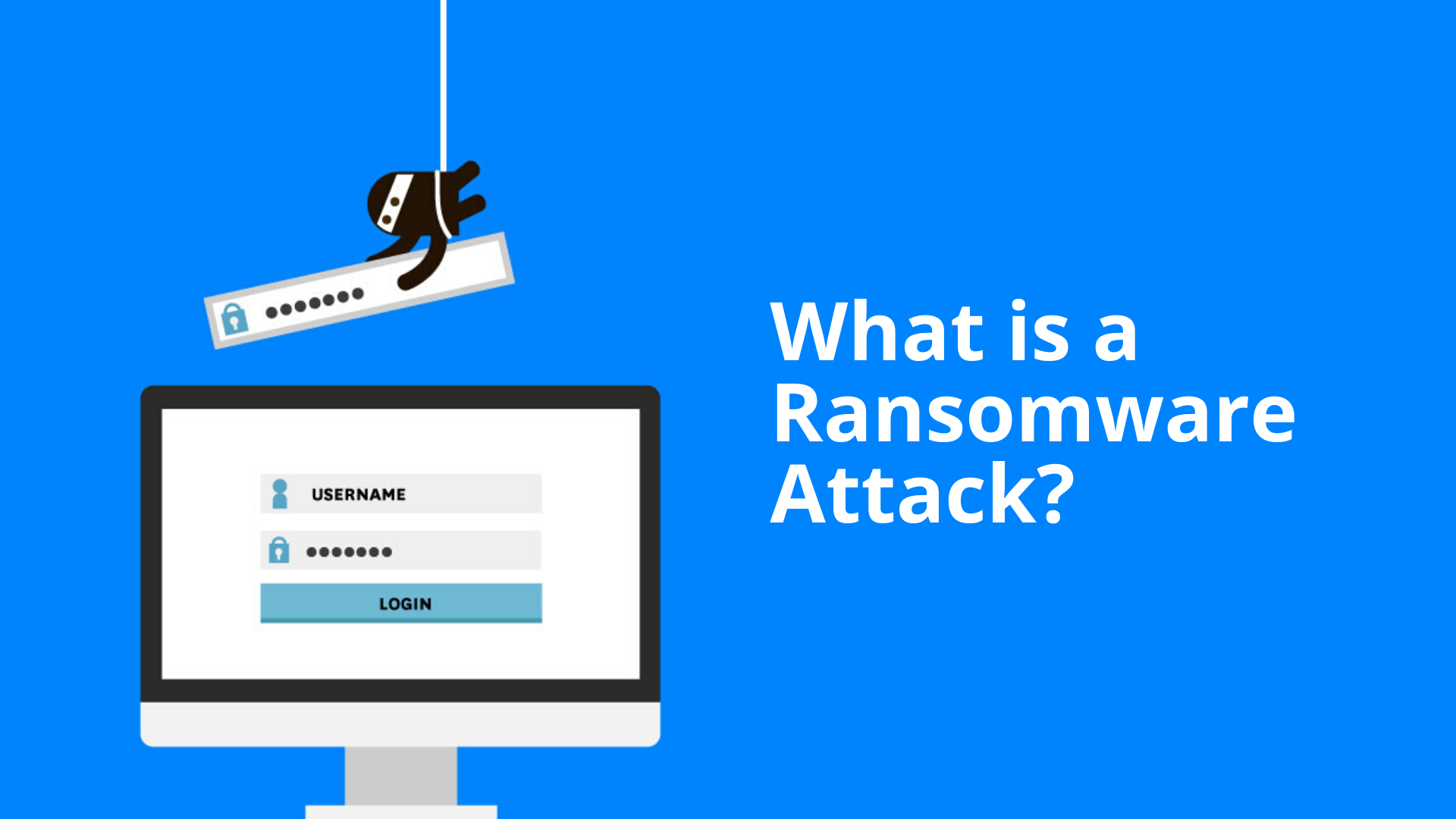 Generic Ransomware is rarely individually targeted, but rather a “shotgun” approach. Where attackers acquire lists of emails or compromised websites and blast out ransomware. Given the number of attackers out there, it will be likely that if you get hit multiple times, it will be by a different attacker.

Whether or not the ransom is paid, keep in mind that attackers will always try extracting useful data from a compromised machine. Assuming all the sensitive data on the machine was compromised. Including, usernames & passwords for internal or web resources, payment information, email addresses of contacts, and more. But,…

What Is Ransomware Attack?

By definition, a Ransomware Attack allows a type of malicious software designed to block access to a computer system or computer files until a sum of money is paid. Generally, most ransomware variants encrypt the files on the affected computer. Thereby, making them inaccessible, and demanding a ransom payment to restore access.

Basically, a Ransomware code is often not sophisticated, but it doesn’t need to be. In that case, because unlike many types of traditional malware, it usually does not need to remain undetected for long in order to achieve its goal. 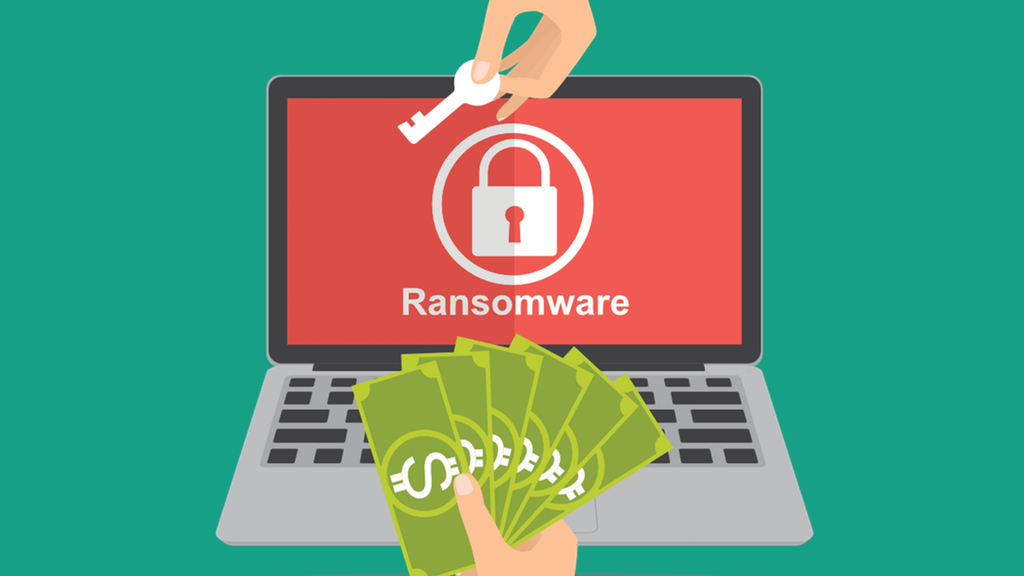 This relative ease of implementation versus high-profit potential attracts both sophisticated cybercrime actors. As well as novice ones to operate ransomware campaigns. Important to realize, depending on the criminal intent, a cyber attack can be random or targeted.

Cyber Attack Methods seem to rotate in order to throw organizations off their defenses. Mega ransomware attacks dominated the news in 2017 with WannaCry and NotPetya. Cryptominers’ attacks made headlines in 2018. In 2019, cyberattacks have been a mixed bag. Phishing email cyberattacks remain a constant thorn for most organizations.

How A Ransomware Attack Occurs

There are several different ways that ransomware can infect your computer. One of the most common methods today is through malicious spam, or malspam, which is the unsolicited email that is used to deliver malware. The email might include booby-trapped attachments, such as PDFs or Word documents. It might also contain links to malicious websites.

Malspam uses social engineering in order to trick people into opening attachments or clicking on links by appearing as legitimate—whether that’s by seeming to be from a trusted institution or a friend. Cybercriminals use social engineering in other types of ransomware attacks, such as posing as the FBI in order to scare users into paying them a sum of money to unlock their files.

Another popular infection method, which reached its peak in 2016, is malvertising. Malvertising, or malicious advertising, is the use of online advertising to distribute malware with little to no user interaction required. The servers catalog details about victim computers and their locations and then select the malware best suited to deliver. Often, that malware is ransomware.

Petya is ransomware — a form of malware that infects a target computer encrypts some of the data on it and gives the victim a message explaining how they can pay in Bitcoin to get the keys to getting their data back.

The initial version of the Petya malware, which began to spread in March of 2016, arrives on the victim’s computer attached to an email purporting to be a job applicant’s resume. It’s a package with two files: an image of a young man (supposedly of the job applicant, but actually a stock image) and an executable file, often with “PDF” somewhere in the file name.

The plan is to get you to click on that file and subsequently agree to the Windows User Access Control warning that tells you that the executable is going to make changes to your computer. (Petya only affects Windows computers.)

WannaCry searches for and encrypts 176 different file types and appends. WCRY to the end of the file name. It asks users to pay a US$300 ransom in bitcoins. The ransom note indicates that the payment amount will be doubled after three days.

If payment is not made after seven days it claims the encrypted files will be deleted. However, Symantec has not found any code within the ransomware which would cause files to be deleted. The decryption of encrypted files is not possible at present but Symantec researchers continue to investigate the possibility.

See this article for further details. If you have backup copies of the affected files, you may be able to restore them.

Is Your Company Security Ready For A Ransomware Attack?

If you told me a few years ago that executives would be scrambling to digital currency exchanges to pay malware distributors, I wouldn’t have believed it.

However, that’s exactly what has happened. Individuals, businesses, and larger institutions alike have all fallen prey to this growing type of cyber attack. C-suite executives now find themselves hostage to these data hijackers.

Earlier this year, administrators at Hollywood Presbyterian Hospital suddenly discovered they had lost access to their computers. Doctors were locked out of their patient’s medical records, and they couldn’t access their own reports. Their system data had been encrypted by malicious software.

While all this data was being held hostage, staffers had to direct sick people to other hospitals. After two weeks of writing everything down on paper, the hospital paid a $17,000 ransom in Bitcoin to regain access to their computer systems. Ransomware is not only costly, but it also endangered lives.

How To Prevent Cyber Attacks

High-profile cyber attacks on companies such as Target and Sears have raised awareness of the growing threat of cybercrime.

Recent surveys conducted by the Small Business Authority, Symantec, Kaspersky Lab, and the National Cybersecurity Alliance suggest that many small business owners are still operating under a false sense of cybersecurity.

However, the statistics of these studies are grim. Whereby, the vast majority of small businesses lack a formal Internet security policy for employees. And only about half have even rudimentary cybersecurity measures in place.

Furthermore, only about a quarter of small business owners have had an outside party test their computer systems. In that case, to ensure they are hacker-proof and nearly 40 percent do not have their data backed up in more than one location.

Despite significant cybersecurity exposures, 85 percent of small business owners believe their company is safe from hackers, viruses, malware, or a data breach. In reality, data thieves are simply looking for the path of least resistance.

For instance, the Symantec study found that 40 percent of attacks are against organizations with fewer than 500 employees. Often, smaller companies have a family-like atmosphere and put too much trust in their employees.

Resourceful Reference: What you Should Know about the National Cyber Security Alliance (NCSA)

As large companies continue to get serious about data security, small businesses are becoming increasingly attractive targets. And the results are often devastating for small business owners.

According to the Kaspersky Lab, the average annual cost of cyber attacks on small and medium-sized businesses was over $200,000 in 2014. Most small businesses don’t have that kind of money lying around.

As a result, nearly 60 percent of the small businesses victimized by a cyber attack close permanently within six months of the attack. Many of these businesses put off making necessary improvements to their cybersecurity protocols.

10 Ways to Prevent a Cyber or Ransomware Attack

If you don’t currently have the resources to bring in an outside expert to test your computer systems and make security recommendations, there are simple, economical steps you can take. Eventually, to reduce your risk of falling victim to a costly cyber attack. Such as;

In addition to the listed tips, the Federal Communications Commission (FCC) provides a tool for small businesses. That creates a custom cybersecurity plan for your company. By choosing from a menu of expert advice to address your specific business needs and concerns which can be found at:www.fcc.gov/cyberplanner.

A data breach could cripple your small business, costing you thousands or millions of dollars in lost sales and/or damages.

With this in mind, I hope you have gathered enough information in regards to the above-revised topic on how to defend against a Ransomware Attack. Technically, at jmexclusives, we’ve got all the tools necessary to ensure you have the proper coverage. Protecting your company against losses from cyber attacks.

Finally, if you’ll have additional information, contributions, or suggestions, please Consult Us and let us know how we can sort you. You can also share some or more of your thoughts and questions in our comments section below this post. Or even Donate in order to support what we do and even motivate our team.