Operating System | What Is It, Its Benefits & Key types?

It’s important to realize, your smartphone runs an operating system, too, probably either Apple’s iOS or Google’s Android. Both are household names but you may not have realized that they are the operating systems running on those devices. 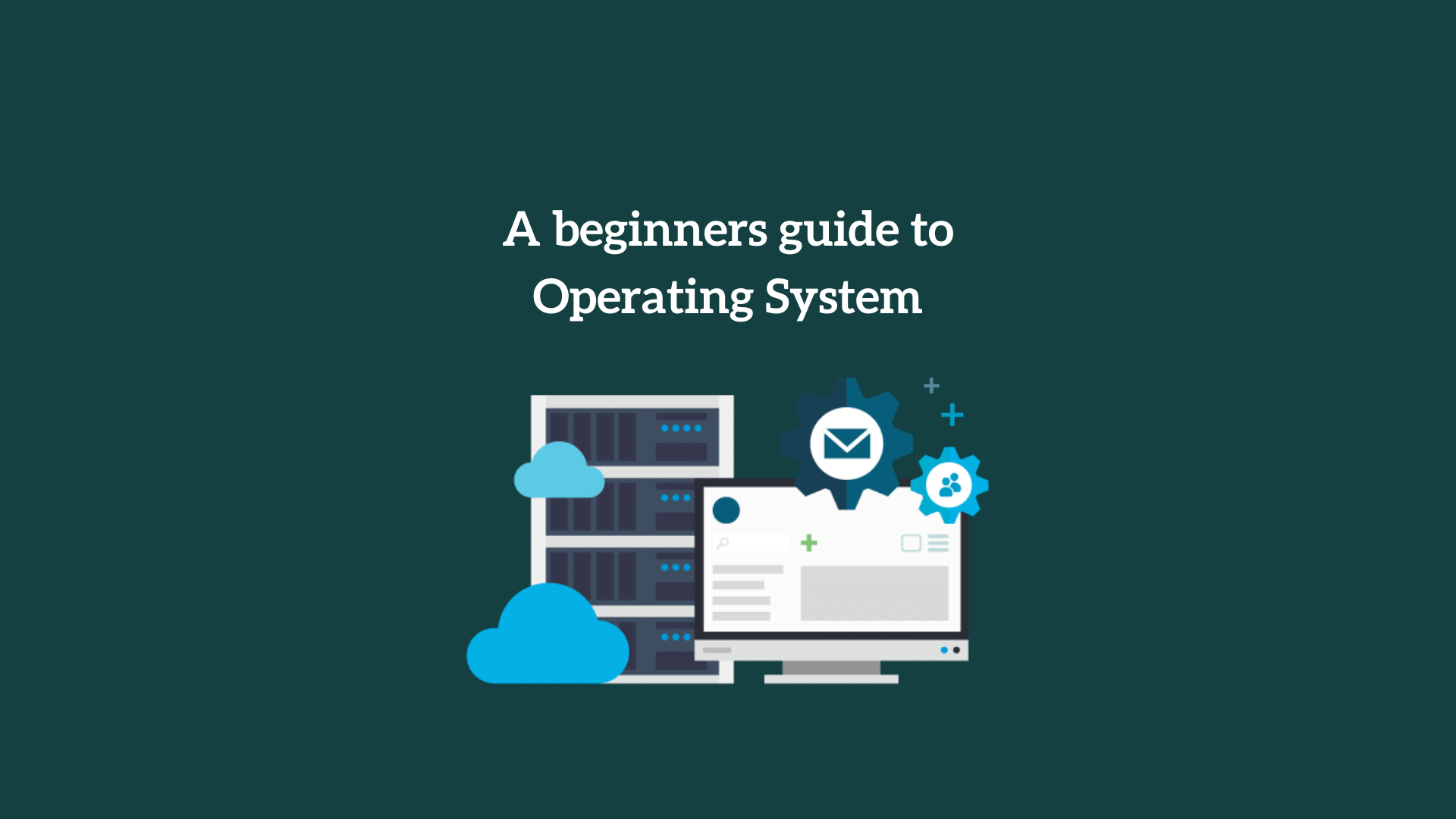 In addition, servers (like those that host the websites you visit or serve the videos you watch), typically run specialized operating systems. Designed and optimized to run the special software required to make them do what they do. Some examples include Windows Server, Linux, and FreeBSD.

But, the first big question that you’d like an answer to is; What is an OS?

What is an Operating System?

An Operating System (in short OS) is the most important software that runs on a computer. Managing the computer’s memory and processes, as well as all of its software and hardware. It also allows you to communicate with the computer without knowing how to speak the computer’s language. So, without an operating system, a computer is useless.

In short, your computer’s OS manages all of the software and hardware on the computer. Most of the time, there are several different computer programs running at the same time. And they all need to access your computer’s central processing unit (in short CPU), memory, and storage. The operating system coordinates all of this to make sure each program gets what it needs.

Generally, modern operating systems use a graphical user interface, or GUI (pronounced gooey). Whereby, a GUI lets you use your mouse to click icons, buttons, and menus. And everything is clearly displayed on the screen using a combination of graphics and text.

Which are the main types of Operating System?

There are three most common operating systems for personal computers which are Microsoft Windows, macOS, and Linux. Let’s consider each of them below;

Windows comes pre-loaded on most new PCs, which helps to make it the most popular operating system in the world.

macOS (previously called OS X) is a line of operating systems created by Apple. It comes preloaded on all Macintosh computers or Macs. Some of the specific versions include Mojave (released in 2018), High Sierra (2017), and Sierra (2016).

According to StatCounter Global Stats, macOS users account for less than 10% of global operating systems—much lower than the percentage of Windows users (more than 80%).

One reason for this is that Apple computers tend to be more expensive. However, many people do prefer the look and feel of macOS over Windows.

Linux (pronounced LINN-ux) is a family of open-source operating systems, which means they can be modified and distributed by anyone around the world.

This is different from proprietary software like Windows, which can only be modified by the company that owns it. The advantages of Linux are that it is free, and there are many different distributions—or versions—you can choose from.

According to StatCounter Global Stats, Linux users account for less than 2% of global operating systems. However, most servers run Linux because it’s relatively easy to customize.

To learn more about different distributions of Linux, visit the Ubuntu, Linux Mint, and Fedora websites, or refer to more Linux Resources. And for a more comprehensive list, you can visit the MakeUseOf list for The Best Linux Distributions.

By the same token, mobile devices such as phones, tablet computers, and MP3 players are different from desktop and laptop computers.

So they run operating systems that are designed specifically for mobile devices. In the screenshot below, you can see iOS running on an iPad. 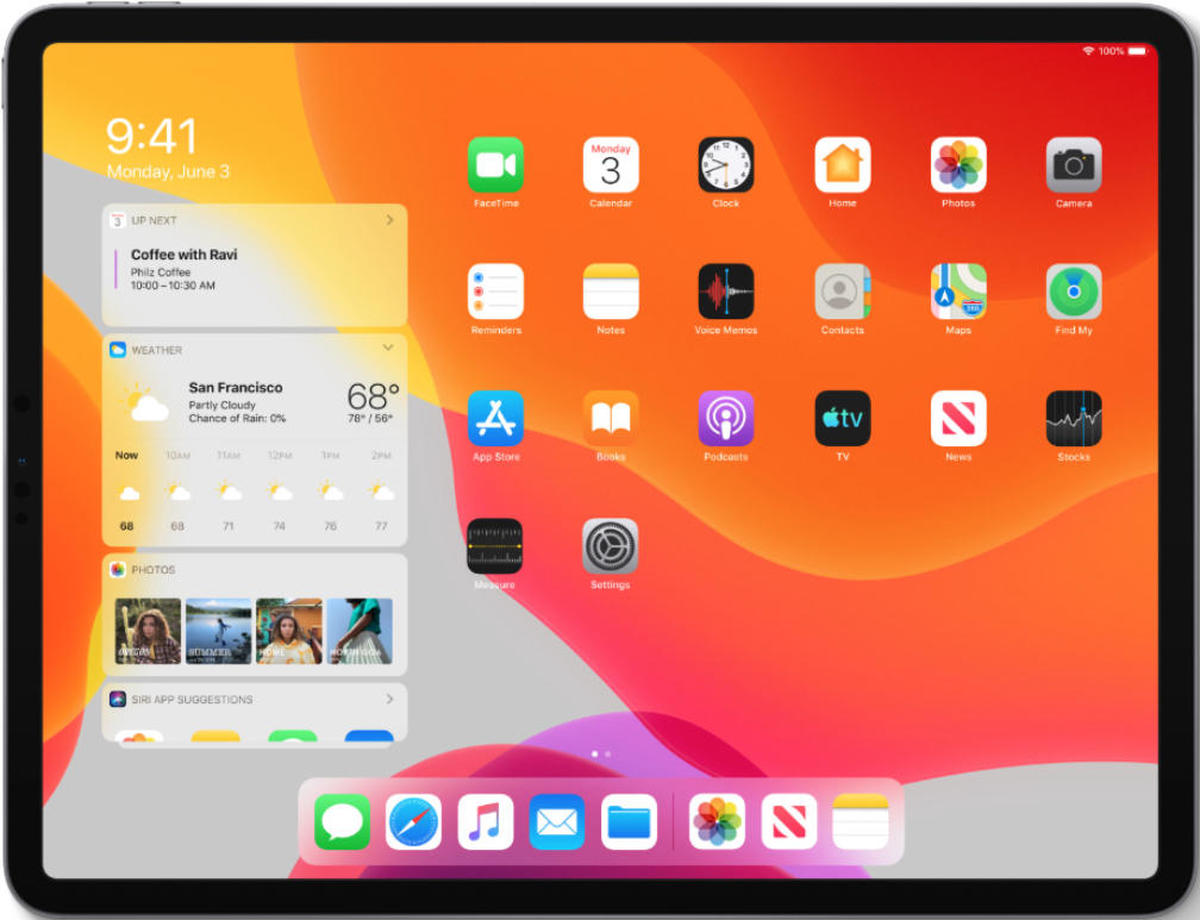 Operating systems for mobile devices generally aren’t as fully featured as those made for desktop and laptop computers, and they aren’t able to run all of the same software.

However, you can still do a lot of things with them. Like watch movies, browse the Web, manage your calendar, and play games.

Examples of mobile operating systems include Apple iOS and Google Android. Let’s consider each of them below;

An Android phone is a powerful, high-tech smartphone that runs on the Android operating system developed by Google and is used by a variety of mobile phone manufacturers.

Pick an Android mobile phone and you can choose from hundreds of great applications and multitask with ease. You’ll also get regular software updates that add great new features to your smartphone.

The Android OS is developed and owned by Google. However, it’s not exclusive to the Google-branded Nexus range of phones. In fact, Android powers a host of handsets from some of the biggest mobile manufacturers.

These include HTC, Samsung, Sony, Motorola, and LG. Many of whom have enjoyed tremendous critical and commercial success with mobile phones running the Android operating system. Make sure you read and learn more about Who makes the best Android phones and tablet phones?

iOS is one of the most popular mobile operating system developed and created by Apple Inc. An iOS device is an electronic gadget that runs on iOS.

Apple iOS devices include iPad, iPod Touch, and iPhone. iOS is the 2nd most popular mobile OS after Android. Over the years, Android and iOS devices have been competing so much for a higher market share. Apple has the following list of iOS devices running on its mobile platform OS: iPhone 7  Plus, iPhone 6S, iPhone SE, iPhone 6S Plus and iPhone 7.

You can read and learn more about Frequently Asked Questions about iOS Devices.

What is an Application?

You may have heard people talking about using a program, an application, or an app. But what exactly does that mean?

Simply put, an app is a type of software that allows you to perform specific tasks. Applications for desktop or laptop computers are sometimes called desktop applications, while those for mobile devices are called mobile apps.

When you open an application, it runs inside the operating system until you close it. Most of the time, you will have more than one application open at the same time, which is known as multi-tasking. Watch the video below to learn more about applications.

The app is a common term for an application, especially for simple applications that can be downloaded inexpensively or even for free. Many apps are also available for mobile devices and even some TVs.

Most software applications are designed to work with just one company’s operating system, like just Windows (Microsoft) or just macOS (Apple).

A piece of software will clearly say which operating systems it supports and will get very specific if necessary. For example, a video production software program might say it supports Windows 10, Windows 8, and Windows 7, but does not support older versions of Windows like Windows Vista and XP.

Software developers also often release additional versions of their software that work with other operating systems. Coming back to the video production program example, that company might also release another version of the program with exactly the same features but that only works with macOS.

It’s also important to know whether your operating system is 32-bit or 64-bit. It’s a common question you’re asked when downloading software. See How to Tell If You Have Windows 64-bit or 32-bit if you need help.

Special types of software called virtual machines can actually mimic “real” computers and run different operating systems from within them. See What Is a Virtual Machine? for more on this feature.

Finally, What’s your take on the Operating System? Did you gather enough information? If not please Contact Us with more questions for answers.

You can also share your thoughts and other inputs in the comments section below this blog.