Basically, the heart of Quora is questions — questions that spark interest, and questions that have the power to change the world. Or even questions that pertain to a particular user’s life. But, the success of Quora can be attributed to a strong and educated user community.

It’s also based on an appealing user interface and advanced processes — processes that highlight the best responses. And that directly benefit the user community. Ultimately, Quora has gained solid traction among its competitors. 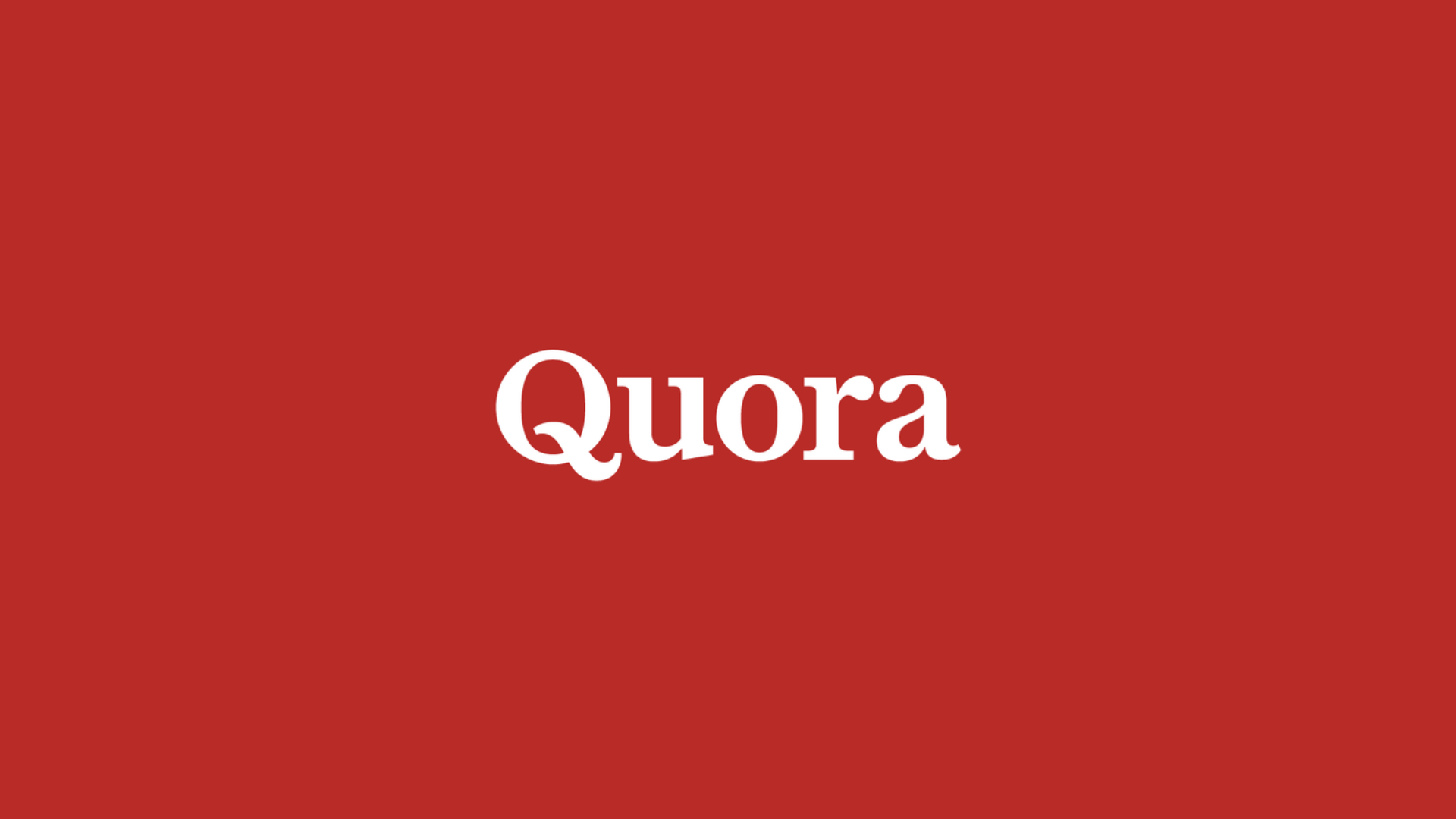 For sure, whether the site’s advertising venture becomes a detractor for its visitors remains to be seen. The acquisition of Parlio has helped Quora continue to focus on generating quality conversations with experts and a community of enthusiastic learners.

Quora is a billion-dollar social media startup, funded by $226 million in venture capital. It’s one of the most rapidly growing crowdsourced Q&A platforms that’s reliant on a strong community. Providing questions, responses, and up and down votes to create, edit, and organize the growing platform.

Quora’s content is entirely dependent on the community it cultivates; the community generates questions and provides the answers. And its top investors include Peter Thiel, Tiger Global Management, Josh Hannah, Sam Altman, and others.

Based in Palo-Alto, Quora was launched in 2009. The development stage of Quora’s platform took approximately nine months, and the portal gained traction as employees invited friends (who in turn invited friends of friends) to join.

Ghonim, who found fame through social media during the Arab Spring, wanted to help readers avoid and identify bias in the media. To date, its active users include celebrities, CEOs, and other high-profile figures. Initially, Quora had no revenue model.

How Does Quora Work?

Quora is a crowdsourced question and answer platform that is reliant on an active community for content and development. The Palo Alto-based social media platform was launched in 2009 but kicked into higher gear in 2014 when it received $226 million in four funding rounds from 14 investors.

Although the company initially had no revenue model, it now makes money through advertisements that are integrated within the questions and answers. Quora democratizes knowledge on a platform accessible to all, from the lay reader to Mark Cuban and Mark Zuckerberg.

The crowdsourced Q&A platform is run entirely by the user community. Users post questions such as “Could two smart computer science Ph.D. students create a search engine that unseats Google?” Users can then follow questions and offer responses.

The Quora community finally votes on an answer, either up or down, similar to the popular social platform Reddit. The answers with the most upvotes are highlighted and viewed the most.

How Does Quora Make Money?

Quora reported $8 million in revenue in 2018, with 300 million unique monthly visitors as of Jan. 23, 2020. The success is largely due to Quora’s elegant user interface. Its initial base of intelligent and committed participants.

As well as its effectiveness in highlighting the most useful and interesting content personalized to individual users. And like most portals, Quora has shifted to earn money through advertisements. Quora is actively courting the advertising market.

Learn Also: The Ultimate Guide To Baby and Toddler Milestones

By strategically placing ads so that they appear as part of the content rather than acting as an overt marketing tool. And in 2014, Quora joined the startup accelerator Y Combinator.

The Q&A platform has raised a total of $226 million in four funding rounds from 14 investors. A majority of its competitors include Stack Overflow, Dice.com, and HackerRank, which is an attraction for advertisers.

Launched by founders Adam D’Angelo and Charlie Cheever, the creators of Quora were on a mission to “share and grow the world’s knowledge.” The social venture’s website stated.

Quora dethroned Yahoo 8 years ago and has been the King of QnA ever since. It doubled its user base from 100 million to 195 million last year. Now they have decided to expand the Quoran Army by taking down the King of videos – Youtube.

Back in May, they started playing with native videos in a closed beta release. Only users in certain groups like beauty, cooking, fitness, and parenting had access to it. After months of testing, they finally rolled it out to Apple users! And pretty soon, Android and desktop users got the same feature.

Back when Quora launched the beta version of this feature, they got mixed reactions. While some welcomed it, many were not happy. Whereby, people like Eric Lauritzen thought that it will spell the end of Quora itself!

Contrastingly, some were so excited that they wanted to be a part of the beta testing. And while videos are obviously the way forward, it was Quora’s turn to provide Answers this time.

In reality, it answered all this in the sublime style! First, they created a new feed exclusively for video answers thereby protecting the original newsfeed.

In this way, people who hated the idea of marrying Quora with Videos could just be affected. But, for video enthusiasts, you can always indulge in videos by going to the video tab. Secondly, once you click on the Videos Icon, you get to see the questions and answers pertaining only to Videos.

With Quora videos, you can;

Additionally, once you are exhausted shooting all those videos, you can even request a video answer. Though questions are segregated into two tabs, it doesn’t restrict to only video or textual answers for a particular question.

What’s more, is that you can give a written answer to questions in the video tab. By tapping on the 3 dots at the bottom right corner. And now you can simply choose to type in your answer.

The same applies to questions in the normal tab. You can give a video answer by clicking on the video icon at the bottom left corner of your draft.

How To Join Quora

It’s very simple, quick, and easy. Simply, because all you need is your name, your email address, and a password. You can also sign in through your Facebook or Google (e.g. Gmail) account.  Then, tell Quora what topics you’re interested in. So that it can show you relevant questions and answers.

Type a question into Quora and see if it matches — or at least is similar to — a question that someone on Quora has already asked.  If not, you can submit your question to Quora, perhaps with a few explanatory details.  With any luck, one or more people on Quora will write an answer to your question!

How To Answer A Question Posted On Quora

Of course, Yes! Go ahead and write your answer!  If you don’t… that’s okay, too!  You may know someone or something that can help. Not to mention, you can ask another Quora user who has knowledge in the subject at hand to help out. Or rather leave a lead as to where an answer might be found.

You can also showcase how a question might be made more specific, so as to be more easily answerable. Then again, you can share the question on your other social media accounts. And maybe one of your friends or followers will know how to answer it!

Just because a question on Quora has been answered doesn’t mean that you can’t still contribute!  You can flag the answers that you think are most correct or least correct, or share them with your friends who might want to know them, too.

You can also comment on an answer if you think that something needs to be added to or changed about it, or reply to other comments and get a debate going in pursuit of the truth! That’s a little bit more about what Quora is and does!

Why I Love It And Recommends It

Quora is a website specifically devoted to people asking and answering questions on all sorts of topics. And if you can’t find the answer that you seek on Quora, ask your specific question yourself. Who knows… a famous expert in that subject may have an answer for you!

Eventually, for me, it has always been the go-to platform for writers to express themselves. And with the addition of video, we can now see a new set of Influencers who’re good at making videos.

What this means is that it’s the first social media platform where two types of content creators will co-exist side by side. Making it a threat to existing media channels like YouTube, Pinterest, and Snapchat.

Keep in mind, YouTube has always been known for tons of “How To” videos. But, now, it’s giving its kind of social media platforms some competition head-on. It might even follow Facebook’s strategy and kill the possibility of YouTube Videos getting spread within their platform.

Since Quora videos directly answer questions posted by real users, it’s more relevant to search results. Also as the answers can be a combination of both text and video. In the end, this can easily outclass some YouTube videos and steal some traffic from them too.

With Facebook gearing up to take down YouTube with FB watch, this will be an interesting 3-way battle for us to sit and watch. So, what are your thoughts on Quora Videos? All set to become the next Quora Influencer? Please leave your thoughts in the comments section.

According to Quora, this is a user-based program that allows you as a publisher to grow your space readership and earn money. So, it’s important to realize, you’re invited to the Space Earnings Beta Program where Quora shares its revenue with Space owners!

To enumerate, Space earnings are based on how much people engage with Space and the advertising revenue generated from their usage. You can set up your space and team for success.

Here is how to participate:

As soon as you verify that you reside in a supported country, the platform will let the admins, moderators, and contributors know that you have enrolled in the program. Once you’ve decided what you want to publish about, you can set up your space to match your needs:

So to speak, it’s important to maintain relevance, quality, and consistency for your audience. Keep your space content on the theme and post actively. There are many ways to publish content that is relevant and valuable for your readers;

Finally, encourage your readers to turn on all notifications for your space if they’re finding it valuable.

Even more, maybe it was a question about why you or people whom you know think and act the way that you do. With the advent of the Internet, you could just type your question into a search engine and see what comes up. However, the result that you get might not exactly be the question that you asked or the answers you expected.

Many people use it as a resource for research, information, and general interest. Some also use it to add and build their social network. For more helpful information and tips on Quora Space Earnings through its Beta Program, you can check out more here.

And please, don’t forget to donate and support our research blog and ongoing projects here. All in all, you can as well Contact Us for more help and support. Or even share your additional opinion thoughts, suggestions, contributions, or questions in our comments section below.

Advertise your online brand, web business, or even digital products through our website to reach more target audiences. From as low as $75 for Banner Ads, $35 for Permanent Posts, and $15 for DF Backlinks. Just Contact Us for terms.

To Get Our Free Newsletters Daily:— Just fill in the form below to subscribe in order to receive all new blog updates. Not forgetting, you can also contribute to our Free Guest Posting Program as well.

previousWhat is Alibaba Cloud? Everything you should know about
nextContent Marketing | How It Is Done In Simple Step By Step