Lucid Dreams are very common occurrences to many creative minds as people sleep. But, very little info is known as to what happens when you sleep? A lot happens in your body while you sleep. When you get your ZZZs, you cycle between REM and non-REM sleep. REM stands for rapid eye movement. During REM sleep, your eyes move quickly in different directions. 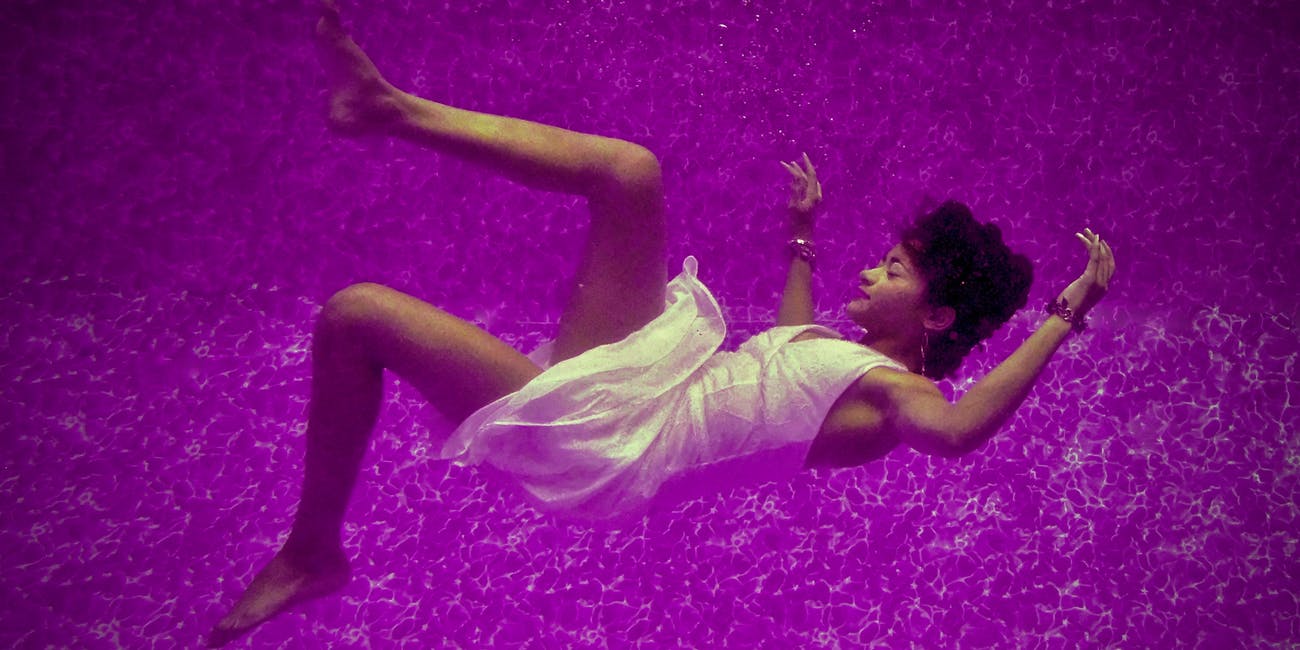 Each of your later REM stages gets longer, and the final one may last up to an hour. Your heart rate and breathing quicken. You can have intense dreams during REM sleep since your brain is more active. Babies can spend up to 50% of their sleep in the REM stage, compared to only about 20% for adults. So, when do Lucid Dreams occur during sleep?

What Are Lucid Dreams?

By definition, Lucid Dreams are dreams during which the dreamer is aware that they are dreaming. During a lucid dream, the dreamer may gain some amount of control over the dream characters, narrative, and environment. However, this is not actually necessary for a dream to be described as lucid.

The very first record of lucid dreaming appears to feature in the treatise On Dreams by the Ancient Greek philosopher Aristotle. In it, he describes an instance of self-awareness during a dream state.

For example, if the sleeper perceives that he is asleep, and is conscious of the sleeping state during which the perception comes before his mind, it presents itself still.

Related Topic: A Guide To Symbols And Their Meanings

But, something within him speaks to this effect. On the contrary, it is unclear how many people actually experience lucid dreams. Though certain studies have tried to gather information regarding its prevalence; it seems that this phenomenon may be quite common.

NB: It’s good you know that Addiction Rehab Treatment is working hard to increase awareness about chronic phobias and self-medication. As well as the dangers of drug and alcohol abuse. To help educate folks who may be struggling, they’ve even built a resource page on the subject mentioned here. For you or someone you know to get all the help.

How Does Lucid Dreaming Happen?

Like most dreams, lucid dreaming will typically occur during rapid eye movement (REM) sleep. For some people, it occurs spontaneously. However, others train themselves to start dreaming lucidly, or to become better at it.

For instance, a study conducted in Brazil surveyed 3,427 participants with a median age of 25. The results of the survey indicated that 77 percent of the respondents had experienced lucid dreaming at least once. The degree to which a person can influence their dream if they are lucid while dreaming also varies to a great extent. 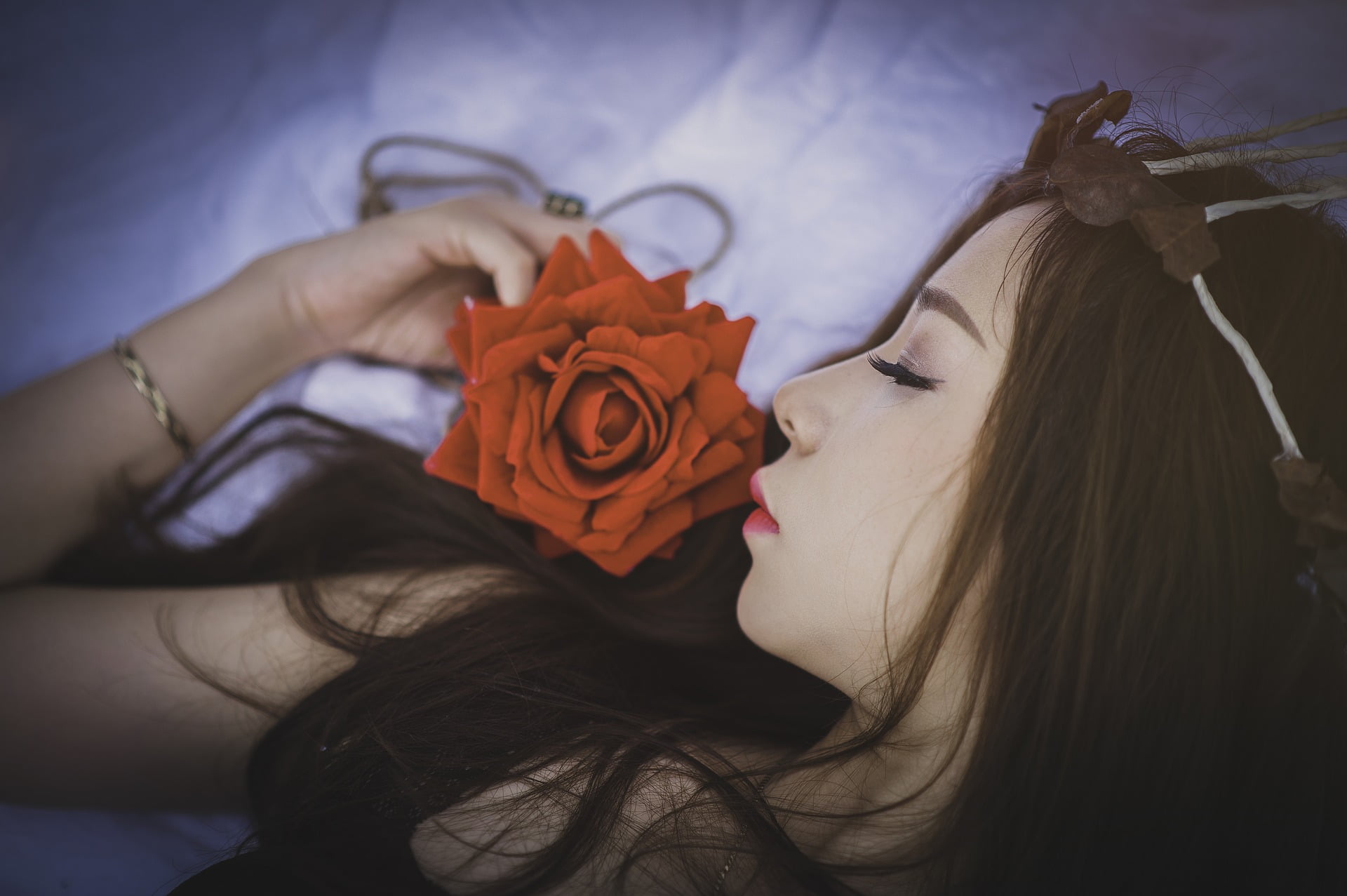 Some people may simply wake up immediately upon realizing that they had been dreaming. Other people may be able to influence their own actions within the dream, or parts of the dream itself.

As an example, one of the lucid dreamers who spoke to Medical News Today (MNT) said that she was able to manipulate the dream narrative. In order to create a pleasant experience for herself. “Usually I can control the narrative in the dream, so for example, if I’m unhappy with the way things are going in the dream, I can change it,” she explained.

Yes of course, to some if not all! In the first place, if you’ve ever considered using lucid dreaming as a way of harnessing the power of your sleeping brain, you’re not alone. Secondly, the first step for aspiring oneironauts is to let your mind know that your dreams do matter.

Learn More:  A Complete Guide To Lucid Dreams: What They Are And How To Deal With Them

With this in mind, have you ever started dreaming and suddenly realized that you were in a dream? Have you ever managed to gain control over your dream narrative? If your answer to these is “yes,” you’ve experienced what is called lucid dreaming. But, how are lucid dreams beneficial?

#1: Enjoy the Excitement and Fun

So why bother with lucid dreaming? First and foremost, lucid dreaming is fun. Like, really fun. If you’re willing to put in the legwork. Your dreams can be a sanctum for personal reflection and deep meditation; a place to chat with your true self and mull over big decisions without the distractions of the waking world.

Dreams can also be a place to practice real-life activities. Think of the dream world as a mental rehearsal space, where you can go over your big presentation for work, concentrate on your athletic routines, or even further your studies before a big exam.

At the same time, lucid dreaming is also attractive as an unusual means of entertainment — kind of like the immersive experience of virtual reality. If you’re a creative type like jmexclusives, lucid dreams can be an endless source of creative artistic inspiration.

In reality, the dream world is your canvas and you can create anything in it. Furthermore, an experienced lucid dreamer might be able to “go on an adventure.” And equally, interact with people and things in a way that they may not be able to do in real life.

Lucid dreaming also has the potential to help people with phobias, such as fear of flying or animal phobias including arachnophobia (the fear of spiders). This is possible because dream environments can provide a realistic enough experience without it actually feeling unsafe.

In the end, during lucid dreaming, the individual knows that they are not in the real world, so they may safely explore their fears without actually feeling threatened. Lastly, dreams are a safe place to experiment and overcome anxiety. You can stand up to a bully, practice being social, find the courage to ask your boss for a raise, or conquer your fear of public speaking.

Lucid dreams are a lot like a swimming pool; it’s a place where you can struggle and drown. But, if you learn how to swim, there’s nothing to fear and you’ll have a blast splashing around. Surprisingly, lucid dreaming is generally very safe for those who are mentally stable.

What Are The Risks?

It’s important to go over some of the potential risks associated with the practice. And no, you don’t die in real life if you die in a dream. Trust me, I’ve died many times in my lucid dreams. Having said that, let’s consider some of the risks involved with lucid dreams. Shall we?

In my first example, sleep paralysis occurs for almost everyone at night during the REM cycle. Especially, to keep you from physically acting out your dreams.

But, some people experience a state that’s in between dreaming and waking when they try lucid dreaming. This can be frightening since you can’t move, you’re aware that you’re awake, but still may be experiencing hallucinations from your dream.

This kind of sleep paralysis is uncommon, but it’s definitely a possibility while experimenting with lucid dreams. Fortunately, there are ways to either wake yourself up from this state, or induce a full sleep/dream state, but we’ll cover those later on.

b. Euphoric Feelings and Emotions

In my second example, one of the best perks of lucid dreams can also be one of the worst pitfalls (realistic feelings). Whereby, the lucid dreams state can offer euphoric feelings of sight, motion, happiness, and even sex, but that means feelings on the other side of the spectrum can happen as well.

In fact, fear, sadness, and pain are all possible in a lucid dream too. That said, negative feelings like that are still more likely to occur in the waking state. Since, unlike the normal dream state, you have less control over the world.

As of my third example, there’s also the possibility of “dream claustrophobia,” which is when people become lucid in a dream scenario they are unable to manipulate or awaken from. But, those aren’t that different from normal dreams — they’re just more vivid. To dream of having claustrophobia represents your fear of commitment or limiting yourself to anything.

You don’t like feeling chained to anything. You may be sensitive about not having your own space or the ability to change plans whenever you want. Alternatively, dreaming of maybe a sign that you feel a problem in your life is impossible to escape from. Or rather, becoming too limiting to bear. In that case, you may feel that your options keep shrinking.

Eventually, you may benefit from speaking to friends or family about your problems. It may also be a sign that you might need to tell someone to back off so you may equally be feeling overprotected.

As of my fourth example, some fear that using lucid dreams as a form of escapism will force them out of touch with reality. After all, why would you want to spend time in the normal world when you can be in your own personal world where you have unimaginable power?

Well, lucid dreams only last as long as your REM cycles occur while you sleep, and training to be lucid at any time you choose takes years and years of training. In short, your dream escapism sessions won’t be any more harmful than watching a movie or playing a video game — except perhaps a bit more enlightening.

Last but not least, if any of these mild risks do scare you, however, lucid dreaming may not be right for you. Also, if you happen to suffer from a borderline personality disorder, or any other mental disorder that makes it difficult for you to know what’s real and what isn’t, you’re better off sleeping the old-fashioned way

Not forgetting, lucid dreams could cause you to suffer from dream-reality confusion and exacerbate your condition. But again, while these scenarios are a very real possibility, they’re all still unlikely occurrences for those in relatively healthy mental states who work their way up to lucid dreams with gradual, deliberate practice.

We sell ourselves short and convince ourselves deep down of yet another thing that we don’t have and yet another attribute that makes us feel like we’re “less than”. Certainly, this attitude creeps in subtly and our beliefs about ourselves become changed on an unconscious level rather than in other obvious ways.

Make an effort to consciously embrace your creativity (because no matter who you are, you have it). And also, experience the powerful positive change (a diversity of solutions and possibilities) it brings with it in your life. You don’t have to be an artist for your work to have an artistic element.

Perhaps you arrange retail displays for maximum impact or shape the path of an enticing hiking trail. Apart from lucid dreams, there are many other artistically creative tasks that you might involve yourself with.

In addition, try and learn how you can embrace your creative artistic ability and skills for the greater good.

I hope you have gathered enough information in regards to the above-revised topic on lucid dreams. But, if you’ll have additional information, contributions, or even suggestions, please Consult Us and let us know how we can sort you. Likewise, you can also share your thoughts in our comments section below. Or even Donate to support our team and what we do here daily.

You enjoyed reading this Blog Post, right? Well, Subscribe to our Free Newsletters Daily and never miss a thing from us:
previousWho was Stephen Hawking? ‘A Brief History of Time’ Author
nextBest Sneakers of 2020 | 10 Luxury Shoes for a Casual Look