Gloria Owendi Muliro popularly known as Gloria Muliro is a Kenyan Gospel Musician. She was born and raised in Emuhaya Western part of Kenya. And on one hand, Gloria is a Gospel Songwriter, Composer, Mentor, and Performing Musician.

In addition, she practices playing musical instruments as well as engaging in evangelism. While on the other hand, Gloria is also involved in world concert tours tied to her busy calendar. Not to mention, she has mastered the real art of New Age and Contemporary Urban Gospel Music. 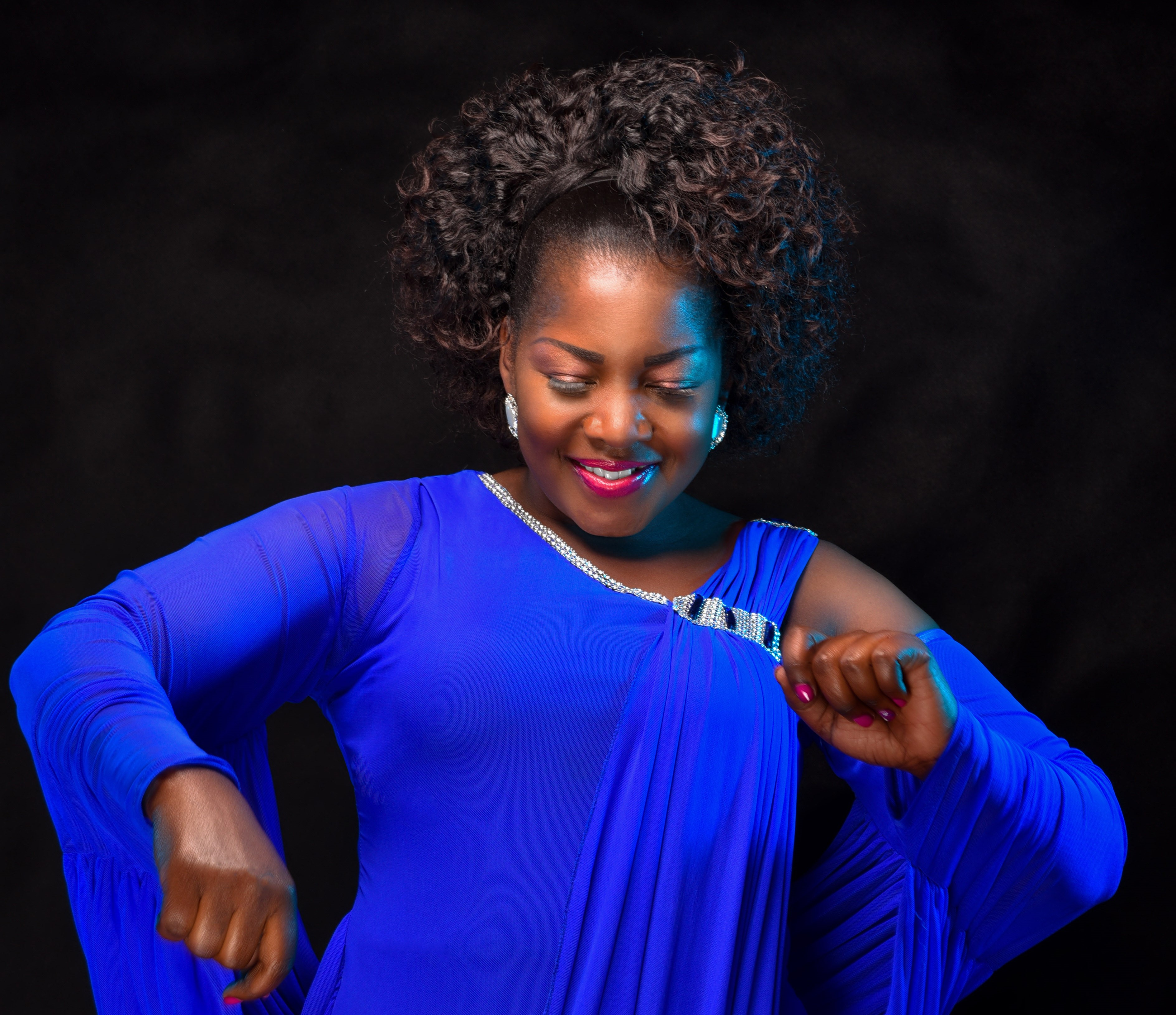 Whenever she is not in her daily engagements, you’ll find her in-studio practicing, coaching or writing new musical contents. In that case, not only participating in writing and production her of her own Gospel Music Albums but equally those of her mentees.

Gloria has also helped nurture talents through mentorship programs to the young, women and youths.

Where was Gloria Muliro born?

In the first place, Gloria was born Gloria Owendi Muliro, back on 1st April 1980 in Western Kenya. To the late David Muliro and Joice Asami.

Whereby, she came into the limelight back in 2005 when she recorded her first album ‘Omwami Aletsa.’ (My God will surely come). Eventually, which received massive airplay, especially on local radio stations.

Equally, her recent songs which include Ndiyo Yako(your Yes) and  Narudisha, have also been received well. In that case, you can watch Usiku Mtakatifu by Reuben Kigame and Gloria Muliro below.

Secondly, several of her single tracks have hit airwaves in Kenya and beyond East Africa. Among them being the ones she featured the now turned secular artist Willy Paul Msafi (Sitolia and Kitanzi), Follow You, Kando, Msaidizi, and Matokeo.

When did Gloria Muliro begin her Music?

Gloria Muliro life inspires through you through a journey of fortitude. For instance, being born and raised in abject poverty, she had a life of struggle after death robbed her of her mother.

It was on one early morning of 3rd Nov 1989 as she accords. She says; “there was almost no hope for a better tomorrow” to her and her siblings. But, as she puts it, it is her sister Janet Muliro that she has to thank in addition to God’s favor.

This is because, whenever they went through any tough, she would show her how to pray. At times” “I could sneak up on her as she prayed, and I would learn to pray myself.” This led her to become committed to Christ both at home and church.

Why is Gloria Muliro a Household Name?

Generally speaking, from the Matatu Galore to Podiums, she has earned herself a notable place not only in Kenya but also in the World Platforms and Mainstreams.

Equally important, Gloria also works on charity missions, products, services, and brand endorsements. Above all, she plans to start and own her own Gloria Muliro Music Production Studio and Mentorship Camp.

Whereas, apart from her charitable work and music ministry, she will be able to mentor and raise more talents. Especially those underprivileged and unfortunate to raise production finances.

Furthermore, she is also a public motivational and inspirational speaker who performs for Corporates and Public gatherings.

Through her ongoing Gloria Muliro Tour, she is happy to impact more lives and outreach both Gospel Music and Evangelism Works.

In addition, to engaging with praise and worship leads in her church. As for the question above, she currently a member and Worshipper at NHOM (New Hope Outreach Ministries).

Is Gloria Muliro a Professional teacher?

Of course, Yes! Your guess is right. Little known to many, she is a trained teacher by profession. However, after some time in her career, she realized she had a greater calling.

Gloria Owendi has had several other toughs. She narrates how she served as a house help. And this has been quite an inspiration, particularly to the young girls she mentors through the DREAMS Ajiri Dada Initiative.

Not forgetting, this is why she is still pursuing a Psychology Course among other knowledge skills. For one thing, it helps in improving herself and catching up with the ever dynamic means of evangelization.

Muliro also likes to share her skills and the word of God through her affluent social media. She understands well that, for her to reach out to all her amplified fans, she has to be updated.

About Her New Released Albums

Gloria has recently completed her new Omusalapa Album, which has been applauded by her fans. Moreover, she has other projects underway which will be released in the months to come. She has several events tied to her calendar.

Most recently, she has been to the United Kingdom where she performed in London. Also, she has ongoing projects under her ministry targeting different societal groups. It should be noted that Gloria Muliro has done several collabos too with other outstanding Gospel Artists.

Not forgetting, she has also committed herself to many mentorship programs and counseling sessions. Particularly, through her, many individuals and program sponsors seek her hand in delivering their mandates.

She has remained an influential figure who has assisted and helped shape the Kenyan contemporary and urban Gospel.

Equally, Gloria has also helped open a window to the African Gospel Music to the outer world. With her role model since childhood being, – Angela Chibalonza. So to say, their admired voices have swept across Africa and they are not easy to forget.

Her Mentorship and Charity Programs

Gloria Muliro is mentored and guided in her music career by Reuben Kigame. Another Kenyan Gospel Music Legendary producer and musician under Living Waters Production.

Together, they did #Huniachcollabo song which has been in the airwave since its release. Whereby, they intend to do more and reach out to various music lovers touching both their spirit and souls.

Gloria Muliro is also involved in world concert tours, production of gospel music and mentorship programs to the young, women and youths.

Yetu Camp is geared towards the service of young children between the ages of 3-19 years.

They will be divided into groups of age-mates that will ease the effort of reaching out to the specific groups according to their needs. Please learn more about Yetu Camp.

AMURT Kenya’s mission is to help improve the quality of life of poor and marginalized people.

The Msaidizi Africa Initiatives provides a platform where talents are discovered, nurtured and mentored to maximum potential.

For your information, MSAIDIZI is a Swahili word meaning HELPER.

In fact, the initiative was founded in 2016 by Gloria Muliro. See more details about the Msaidizi Africa Initiatives.

Through her foundation and audiovisual network, she wishes to take both talents and music to the next level.

Especially through vibrant talents search and nurturing, as well as general audiovisual production and publishing.

Through her social media platforms, television networks, and even online digital mainstreams.

As well as, a variety of collections affiliated to reach those on the remote local regions.

Even though Ebola Disease continues to take down various communities across the African Continent, the first stage was quite successful.

Whereas, Gloria Muliro being the #KoraFightsEbola brand ambassadress has been very instrumental in sensitizing the community.

She helped in reaching out to government officials, schools, cooperate s and other companies in Kenya.

This is on all issues related to this deadly disease called Ebola.

Gloria Muliro is the main performing guest on an event themed #KenyanCultureLifeUK. Kenyan Culture Life Uk came to life in 2014.

This was due to the higher need to promote cultural diversity.

Also, it provides a platform to tackle brain drain and to educate the second generation of Kenyan Diaspora.

The event happens once a year in the United Kingdom and the 14TH of July 2018 was Gloria’s second visitation. Continue Reading!

Gloria Muliro was the GoTell Brand Ambassadress. She led a group of 50 members who started with a sail using the Boat Jesus calmed the storm on.

In addition, they saw the Hanging Church and experienced the mountain that Jesus and His disciples prayed. Read More!

Her Other Noble Aspirations

Gloria has toured several places around the globe as an ambassadress. She has been involved either as a guest performer or even a motivational speaker.

This has opened more doors to the industry and other upcoming Artists in Kenya.

Also, it has made our Flag fly high when it comes to our local entertainers.

Additionally, for some time now, our Gospel Music industry has been neglected. And, also,  talked less about.

Therefore, having someone out there to clear the way is a noble call.

Gloria Muliro has received great recognition and has won several awards and nominations in Kenya and Africa.

She has either been nominated or even at times won simultaneously as the Best Female Artist in various categories.

However, regardless of being a household name holder, she is not keen on publicity stunts.

Equally, she remains humble, gentle and approachable. In fact, her zeal and enthusiasm for the Gospel are extraordinary.

In particular, she has always been emptying her heart whenever she ministers no matter the congregation.

Something her fans find her uniquely blessed with.

Gloria Muliro notes; “Most upcoming musicians fail when they try to be like me or someone else.

Forgetting that, God has made us equally different and gifted us in a special way for His Glory.

You have to be patient with the Lord and always listen to His Commanding Voice. If I was someone else other than myself,

I would have missed quite a lot to what God called me for.

However, you can also contact me if you wish to get in my mentorship program.

I know there is something that I have, out of the experience and God’s grace that would help you.”

How do I Connect with Gloria Muliro Online?

Gloria is affluent and has a good influence on all her social media platforms.

Below is her official links.

Together with her communication team, she updates all her content, new and old there.

She also shares daily inspirations and encouragement to those willing to serve Christ. She notes; “You can’t be me, but you can always be yourself.

To Download Gloria Muliro Music and more of her recent content for free use the following links;

God has created you to be a –Child of Destiny.”

Finally, I hope you have gathered enough information in regards to the above Biography Profile of Gloria Muliro.

Below are more useful and related topic links.

Our Most Recent Blog Posts